Debra J. Saunders
|
Posted: Mar 15, 2016 12:01 AM
Share   Tweet
The opinions expressed by columnists are their own and do not necessarily represent the views of Townhall.com. 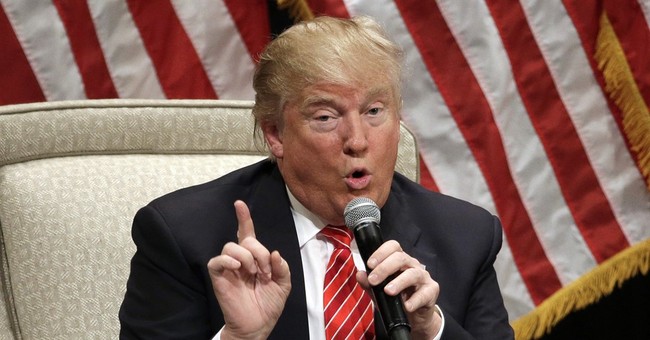 Watching FX's "The People v. O.J. Simpson: American Crime Story" brings me back to the one day I spent in 1995 at Simpson's murder trial. I play that day over and over in my head. The prosecution had spent an inordinate amount of time asking the coroner about an indentation in Nicole Simpson's back caused, if I recall correctly, from the hook in her bra strap. I thought prosecutors were wrong to burn hours on minutiae instead of presenting a simple but devastating three-week case. No, reporters who had followed the trial from the start assured me, prosecutors had to establish the indentation's cause rather than hand an opening to Simpson's legal "Dream Team."

I should have realized that the trial's press corps had gotten sucked in to the public relations spin; in heeding them, I was, too. The Dream Team had done such a fine job wooing the media that prosecutors started playing to the cameras, not the jury. Distorted by media saturation, I believe the "Trial of the Century" ended with O.J. Simpson's getting away with killing his ex-wife and waiter Ronald Goldman.

How fitting that the miniseries, based on Jeffrey Toobin's book "The Run of His Life: The People v. O.J. Simpson," is airing as 2016 GOP presidential primary front-runner Donald Trump is looking for new ways to play the victim and dominate the news cycle.

The Dream Team convinced jurors that Los Angeles police had it out for Simpson because he was black, when to the contrary, Toobin notes, cops had been too easy on Simpson when he beat his wife because Simpson was a celebrity. In like fashion, the billionaire Trump has supporters thinking that he is an outsider when, to the contrary, he is an insider and that he is an underdog when he is a rich bully.

The Trump Show's latest plot twist started when left-leaning activists fell under the mistaken impression that they have the right to suppress Trump's free speech rights. Wrong. They have a right to protest outside a Trump rally, but if they try to interrupt the candidate inside a campaign event, Team Trump has the right to evict them. Things went south last week when a 78-year-old fanatic punched a protester as he was escorted outside. It is fair to assign some of the blame to Trump, as The Donald at a recent rally harked back to the good old days when pesky protesters would be carried out in stretchers. He also said he would pay the legal bills of supporters who punch protesters.

Trump's true believers see a system stacked against them, even though, according to media watchdog Andrew Tindall, Trump garnered 32 percent of the three major networks' nightly news coverage of the presidential campaign in 2015 -- more than 2.5 times the time for the second-most covered candidate, Hillary Clinton. Sen. Marco Rubio should be so aggrieved.

Saturation media coverage distorts reality. Toobin writes that 95 million Americans watched some of the Bronco chase that followed Simpson's failure to turn himself in to authorities; it exceeded the number who watched the Super Bowl that year by 5 million. Usually when a suspect tries to run from police, the act itself is considered a sign of guilt. Yet during the Bronco chase, Angelenos cheered. Likewise, when Trump bashes the media, fans applaud. They hate the media, but they love Trump because he is on TV.