Vote for Sanders, Then Rot in Hell?

Debra J. Saunders
|
Posted: Feb 09, 2016 12:01 AM
Share   Tweet
The opinions expressed by columnists are their own and do not necessarily represent the views of Townhall.com. 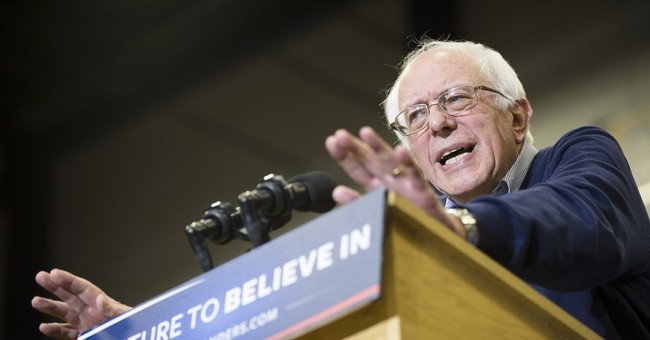 "There's a special place in hell for women who don't help each other," said former Secretary of State Madeleine Albright in a message to young women voters at a weekend campaign event for Hillary Clinton. Clinton punctuated Albright's comment with her loud, phony laugh. Team Clinton later pointed out that Albright has used that line for years. Clinton herself described the line as "lighthearted," but pointed. Pointed? As in: Vote for Sanders, rot in hell.

Feminist icon Gloria Steinem went further than Albright when she told comedian Bill Maher that young women supported Sanders because, "The boys are with Bernie." Really, that's what she said. Later Steinem posted an apology on Facebook in which she asserted she had been "misinterpreted as implying young women aren't serious in their politics."

The incident showed that, when backed into a corner, liberals can be as sexist as any "Mad Men" advertising executive.

Bill Clinton got into the act, too, on Sunday when he complained about Sanders' male supporters' "sexist" remarks against Hillary Clinton. Yes, Bill Clinton called "Bernie's Bros" sexist. He apparently had no problem patronizing women for his own gratification, but when Sanders' fans mock the former first lady and secretary of state on social media, that's personal to the big dog.

I'm not saying there is no sexism in Hillary Clinton's situation. It's not right that Bill Clinton's behavior didn't dent his political poll ratings, yet it now haunts the wronged wife. If Albright, or the first lady, had refused to prop up Bubba, then perhaps he would not have survived.

Lucky for him, Democratic women stood by their man. A female aide, Betsey Wright, used the phrase "bimbo eruptions" to discredit women who blew the whistle on the Democratic presidential hopeful in 1992.

Two decades later, feminism has proved to be a double-edged sword as Hillary Clinton campaigns to be America's first female president. When the former first lady tweeted, "Every survivor of sexual assault deserves to be heard, believed, and supported," the conservative National Review promptly noted Clinton accusers were not given such benefit of the doubt.

When you say there's a special place in hell if you don't support women, MSNBC's Joe Scarborough railed Monday, "Is it only powerful women? Or are 22-year-old women who are being taken advantage of in the Oval Office not worthy of that same support?"

"Sisterhood is powerful" went the old feminist mantra. I'm not seeing that sisterhood for the other distaff 2016 candidate, Republican Carly Fiorina. Democratic women didn't rush to support sister Sarah Palin when she was the GOP running mate in 2008.

When people like Albright talk about women helping each other, they only mean women like them. Young voters have watched Clinton Democrats use feminism as a handy marketing tool that can be ditched when convenient -- then picked up again in case of emergency.

Albright, Steinem and Clinton already have spent time in that special place in hell.