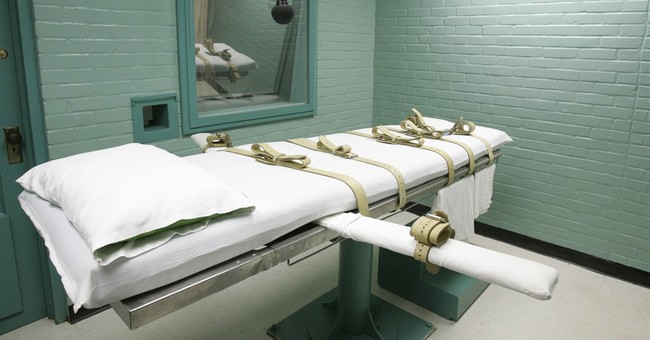 California has a new death row; it's called Virginia. Anti-death penalty advocates, federal judges and defense attorneys have been so successful at blocking capital punishment in California that a San Quentin death row inmate has more to fear from being extradited for a capital murder to another state than seeing his sentence carried out here. There has been no execution in California since a federal judge effectively halted the practice in 2006.

Take serial killer Alfredo Prieto. In 2005, Prieto was on San Quentin's death row for the 1990 rape and murder of 15-year-old Yvette Woodruff in Riverside County, when DNA evidence linked him to three 1988 murders in Virginia. Under Gov. Arnold Schwarzenegger, California sent Prieto to Virginia, where killers sentenced to death actually face the likelihood of execution. (Authorities say evidence links Prieto to nine murders.) In 2010, a Virginia jury sentenced Prieto to death for the murder of Rachel Raver and Warren Fulton, both 22. Prieto is scheduled for lethal injection at the Greensville Correctional Center in Virginia on Thursday night. Just 13 inmates have been executed in California since the death penalty resumed in 1978. Prieto will become the second California death row prisoner to be executed in another state.

In Virginia, capital punishment opponents and defense attorneys rifled through their bag of tricks to shield Prieto from a jury verdict and sentence.

Over the past few years, death penalty opponents successfully have pressured major pharmaceutical companies to stop the manufacture of lethal injection drugs. The Obama administration played a role in that effort in 2011 when the Drug Enforcement Administration seized states' supplies of sodium thiopental on the grounds that the drug was not approved by the Food and Drug Administration. States since have had to hustle to find replacement drugs. Virginia obtained midazolam to use in its three-drug lethal injection protocol, but the supply expired Wednesday. It looked as if Virginia would not be able to purchase new drugs, when Texas came to the rescue with a dose of pentobarbital, which it gets from a special compounding pharmacy not fully under the heel of the FDA.

May I note the irony in the Obama White House's (rightly) bemoaning the prospect of a government shutdown when it (wrongly) uses a federal agency to shut down states' enforcement of their own laws? "Whether a state is able to carry forward its death penalty law largely depends on the determination and leadership it has. Virginia has that determination to carry out its death penalty law," Georgetown adjunct law professor William Otis told me. California does not.

Prieto's attorneys have been busy, as well. They argue that Prieto, 49, has an intellectual disability -- and they want Virginia to return him to California, where he could benefit from a "full and fair" assessment. They have no shame. In turning down the appeal, Judge Diana Gribbon Motz of the U.S. Court of Appeals for the 4th Circuit wrote that the bilingual Salvadoran national had been able to obtain driver's licenses in Virginia and California, operate power equipment, fly across the country, "arrange his own housing, negotiate the purchase of a car, and employ aliases to avoid detection." Prieto is scheduled for execution Oct. 1 for one reason: He also killed in Virginia.