Not Smart to Make the NSA Go Dark 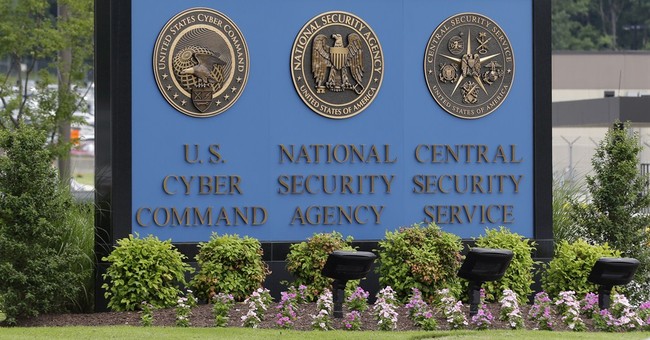 Sen. Rand Paul, R-Ky., isn't worried that, absent a Senate vote, key provisions of the Patriot Act are slated to sunset May 31. The GOP presidential hopeful told "Meet the Press" Sunday that a federal appeals court found the data-gathering authorized under the Patriot Act's Section 215 is unconstitutional, "so really, it ought to stop." He continued: "I don't want to replace it with another system. I really think that we could get along with the Constitution just fine."

Paul spoke to the same effect during a recent trip to San Francisco. He even has threatened a filibuster, if needed, to make the Patriot Act's data collection program go dark.

That's just crazy talk. In his book, "The Great War of Our Time," former CIA Deputy Director Michael Morell addresses the "skyrocketing rise in the threat of small-scale attacks" abetted by emerging al-Qaida-inspired groups that are gaining a foothold in foreign lands. (Think al-Qaida and the Taliban in Afghanistan in 2001.) One need look no further than the armed attackers stopped at the contest in which people were drawing Muhammad in Garland, Texas, to see that the approach is working. This is absolutely the worst time to allow any mischief to undermine U.S. intelligence.

Yet in the wake of National Security Agency contractor Edward Snowden's 2013 disclosure of mountains of classified data, the public clearly is ready to take down intelligence a notch. I support what the intelligence community has been trying to do but was appalled to learn that there are 1.4 million Americans with "top secret" security clearance. The NSA didn't exactly look intelligent when it had to sit back and watch one of its own disgorge sensitive national security practices. Spying is one pursuit that never should be too big to fail.

That baggage prompted the House to pass the USA FREEDOM Act, which would end NSA bulk collection of phone records but allow the government to subpoena data from private telecom companies, by a 338-88 vote. It was a smart compromise.

Senate Majority Leader Mitch McConnell has opposed the House bill because he wants the Senate to pass a "clean" reauthorization bill without reforms. But with the House bill's strong passage, the federal appeals court ruling and timing -- the Senate is set to go on Memorial Day recess next week -- he has to let go. So McConnell has proposed a 60-day extension because, spokesman Don Stewart explained, after the administration briefed the Senate, "many senators were disturbed with the administration's inability to answer basic yet critical questions about the alternate bulk data system the USA FREEDOM Act would try to set up at some point in the future."

On Monday, Paul conceded that his filibuster probably wouldn't succeed. Paul also said he would vote against the USA FREEDOM Act because it does not go far enough. But the bill promises to curb NSA overreach while allowing officials to follow leads and "connect the dots." Paul argued, "I can force them to debate it so the public at large can know what they're doing." It's a conceit among NSA critics that voters would be outraged if they only knew what the government is doing. But I think the American people know what intelligence officials are doing and why.