DINOs and the Next Endangered Species 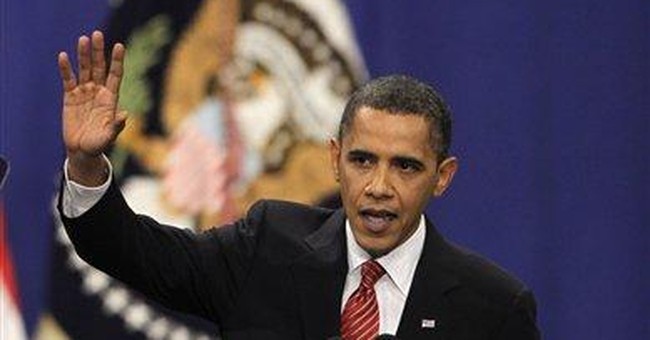 The most endangered species in Washington may well be the moderate. Consider the long knives pointed at the heart of Sen. Joe Lieberman.

The Connecticut Democrat-turned-independent (but caucusing with the Dems) announced that he would not support Senate Majority Leader Harry Reid's plan to pass Obamacare by allowing Americans who are 55 or older to buy into Medicare. Given that Medicare is, as Lieberman put it, "on the verge of insolvency," he made the right call -- and for that, the left wing of his party has savaged Joe the Senator as a sellout and turncoat.

Rep. Rosa DeLauro, D-Conn., told Politico.com, "No individual should hold health care hostage, including Joe Lieberman, and I'll say it flat out, I think he ought to be recalled." There is no mechanism for recalling a U.S. senator. As a congresswoman, DeLauro really ought to know that.

But wait -- there's more. Liberal blogger Jane Hamsher wrote an open letter on her website, firedoglake.com, that called on the Susan G. Komen breast-cancer charity to fire Lieberman's wife, Hadassah, as its "global ambassador." Another Firedoglake blogger called on Hollywood celebrities -- Ellen DeGeneres, James Wood and more -- to join its "dump Hadassah Lieberman" campaign. They sling mud likes it's buckshot: First, they sully Lieberman, then his wife, and now they're trashing a breast-cancer charity for its "conflict of interest."

In their zeal, the left-wing furies freely ignore the facts. Well after 10 other Senate Democrats had written to Senate Majority Leader Harry Reid to voice their concerns that a Medicare buy-in would hurt their states financially and limit health-care access for seniors, Moveon.org sent out a fundraising appeal that claimed, "Joe Lieberman is single-handedly gutting health care reform."

And: "Lieberman can't be allowed to stay in the U.S. Senate." Make no mistake about where the fringies are trying to push the Democratic Party -- as far to the left as some conservatives have worked to muscle the GOP to the right.

Granted, both parties need the commitment of their true believers. But parties do not grow when their bases try to ostracize and isolate those deemed to be ideologically impure. Politics is a numbers game, people, not a virginity test.

Indeed, it was liberal Ned Lamont's successful 2006 primary challenge of Lieberman that drove Lieberman to run -- and win -- not as a Democrat, but as an independent.

Now there is talk of Lieberman running for re-election as a Republican. Lieberman coyly told CNN he was "unlikely" to do so, but he didn't slam the door on the idea either. If those who see the senator as a DINO (Democrat in Name Only) get their way, they will chase Lieberman into the GOP's loving arms.

Where does it end? Look to the California Legislature -- a study in polar dysfunction. Republicans who reluctantly voted for tax hikes have faced recalls or lost leadership posts, while a Democrat who voted against Speaker Karen Bass on the state budget lost her Capitol office. The state's leaders can't balance the budget, but they sure can punish dissent.

GOP strategist Allan Hoffenblum figured he could count maybe four moderate lawmakers who would dare cross their party's dogma. Sacramento, he quipped, is "Disneyland for ideologues."

And if the folks at Moveon and Firedoglake have their way, Washington will follow.