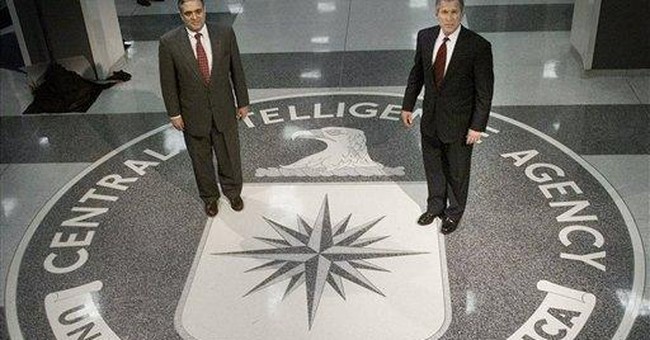 When he served as deputy attorney general, now Attorney General Eric Holder gave a "neutral leaning positive" recommendation that led to President Bill Clinton's pardoning of gazillionaire fugitive Marc Rich, who was on the lam in Switzerland hiding from federal charges of fraud, evading more than $48 million in taxes, racketeering and trading oil with Iran in violation of a U.S. embargo.

Holder also had a role in the 1999 Clinton pardons of 16 Puerto Rico independence terrorists -- members of the bomb-happy FALN or the splinter group Los Macheteros -- who had been convicted on such charges as bank robbery, possession of explosives and participating in a seditious conspiracy -- even though none of the 16 had applied for clemency. As the Los Angeles Times reported, two of the 16 refused to accept the pardon -- as it required them to renounce violence -- while another later was killed in a shootout with federal agents.

During his confirmation hearing in January, Holder refused to explain why the Clinton Department of Justice changed its earlier position against the 16 commutations -- citing President Clinton's claim of executive privilege.

So you'll forgive me if I don't buy into the argument that, as a simple lawman, Holder had no choice but to appoint a special prosecutor to investigate alleged abuses during CIA interrogations of high-value detainees.

The Clinton Justice Department didn't even make the 16 terrorists disclose pertinent information about the crimes they committed, just as they tied no strings around Rich. Yet 10 years later, Holder's Justice Department won't give a break to CIA officials desperate to stop another terrorist attack.

Holder's decision would be understandable if the CIA engaged in a pattern of brazen lawlessness and bloodlust that could be stopped only by DOJ intervention.

To the contrary, the CIA waterboarded all of three high-level detainees -- then stopped in March 2003 -- when Bush White House lawyers determined the technique to be legal.

Moreover, it was a CIA official who, learning that some agents and contractors may have abused detainees, began an investigation in November 2002 that resulted in an agency request for an inspector general probe in January 2003. Hence the 2004 report newly released by the Obama administration.

The agency's behavior isn't that of a coverup, but quite the opposite. A contractor was prosecuted in 2007. John L. Helgerson, the former CIA inspector general who issued the 2004 report, told the New York Times that he "personally" would not prosecute the other cases.

The Helgerson report and other documents revealed that 9/11 mastermind Khalid Sheikh Mohammed gave up crucial information about planned terrorist attacks as a result of the CIA's detention and interrogation program. There's no way to prove that the enhanced interrogation techniques -- also known as "torture" -- led to those disclosures, but they may have saved lives by thwarting plans for attacks on London's Heathrow airport, to fly planes into tall buildings in California and even a plan to weaponize anthrax. The Washington Post notes that there is no proof that the attacks were "imminent." OK, but they were in the works.

Now the reward for those who stuck out their necks to uncover these plots is the very thing that they feared -- that their names may end up in a World Court "most wanted" list. As one operative told the IG, "Ten years from now, we're going to be sorry we're doing this ... (but) it has to be done."

As a candidate for the White House, President Obama left the door open for prosecuting alleged intelligence abuses, but straddled the controversy by noting that, if elected, he would not want to see his tenure consumed with what might be perceived "as a partisan witch hunt."

Sorry, but there is no escaping that perception now.

And it doesn't help when his own attorney general was able to support the pardon of unrepentant (but left-leaning) offenders, but he can't stop hounding professionals whose biggest fear was that they might fail to prevent another large-scale terrorist attack.

I don't know why Obama bothered to keep the Bush rendition policy in play -- there can't be many operatives who would be willing to so much as raise their voices during interrogations after Holder played the special-prosecutor card.

Hey, all operatives have to do is read a newspaper to know that inside the Beltway in 2009, there is more outrage that agents might have threatened to kill Khalid Sheikh Mohammad's kids to prevent a terrorist attack than at KSM for claiming to have beheaded Wall Street Journal reporter Daniel Pearl.

If Obama truly wants to move "forward," as his aides contend, he has the means -- as Holder well knows. Obama could use the presidential pardon to immunize CIA interrogators from the threat of criminal prosecution and end the constant flogging of serial investigations.

It's true, the CIA interrogators may lack the political connections enjoyed by Rich and the FALN guys. But maybe this once, Holder can overlook that.