The Opposite of Intelligence

Debra J. Saunders  |  Apr 28, 2009
The opinions expressed by columnists are their own and do not necessarily represent the views of Townhall.com.
Top Columns
Trending on Townhall Media 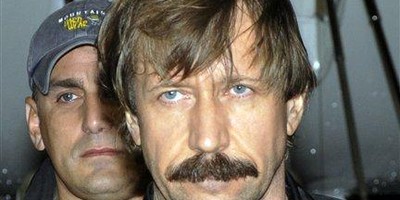 The mantra from the left during the Bush years went something like this: The world is not black and white. Sophisticated minds should seek out different, nuanced opinions.

Now that Barack Obama is president, you can say a farewell to nuance. The left chants, "torture doesn't work" -- defining waterboarding and sleep deprivation as torture. Obama has a longhand version of that mantra in his rejection of the "false choice between our security and our ideals."

In Obamaland, somehow there never are difficult choices. From the presidency that was supposed to promote intellectualism comes the argument that waterboarding is immoral -- which is a fair argument to make, until its adds: and it doesn't work.

But common sense tells you that techniques like sleep deprivation, waterboarding and a forced bland diet work, at least some times.

Khalid Sheikh Mohammed (aka KSM) didn't exactly want to help the CIA. Yet Americans are supposed to believe that asked-nicely interrogations yielded or would have yielded the same information as "enhanced techniques" designed to inflict extreme discomfort and dread?

As I reported last week, the newly released Bush administration memos credited the use of waterboarding and other methods with leading to the discovery of a planned "second wave" attack on Los Angeles and other terrorist plans. But there are contradictions in the official accounts of when that L.A. attack was foiled. At one point, the Bush White House had claimed the plot was discovered and interrupted in 2002 -- the year before Mohammed was captured.

Even if that Los Angeles claim does not stand up -- and we don't know at this point -- we do know that former CIA chiefs George Tenet (a Clinton appointee) and Porter Goss believe the "enhanced techniques" program worked. OK, you say: They supported waterboarding, so of course they say it worked. But Obama's director of national intelligence, Dennis Blair, a critic of the use of the "enhanced techniques," also said they yielded "high-value information."

Blair, however, maintains that the information was not worth the damage to America's image. I guess it is a sign of the modern age that U.S. forces can deploy unmanned drones to attack the enemy in Afghanistan -- risking the lives of innocent people, among whom the guilty are hiding -- but the left gets its hackles up if KSM loses his beauty sleep.

White House Adviser David Axelrod told CBS's "Face the Nation" that waterboarding and sleep deprivation were "one of the key tools al-Qaida has used for recruitment."

Which begs the question: If these methods serve as a recruiting tool, why is Obama releasing the four Bush waterboarding memos? By his team's own lights, isn't that waving the red flag?

Obama banned "enhanced" interrogation techniques in his first week in office, as he had promised to do during the 2008 campaign. That's not enough, some opponents say. There needs to be a Truth Commission or federal investigation to make sure, as Sen. Patrick Leahy, D-Vt., argued, "it never happens again."

The irony is that the CIA stopped waterboarding -- a practice used on three high-value al-Qaida detainees in 2002 and 2003 -- in March 2003. Sometime after 2005, the practice was removed from the CIA authorized list of techniques. Waterboarding ended during the Bush administration.

It ended in part because the longer a detainee was in custody, the more he was separated from usable information. Risk aversion -- intelligence operatives' fear of having to hire expensive lawyers to defend themselves -- and perhaps aversion to waterboarding itself -- did the rest. The mere prospect of a new round of federal investigations has sent the message to all U.S. intelligence operatives that there is no upside in aggressive interrogation. To the contrary, it's a career killer.

The 9/11 commission was supposed to, among other results, prevent intelligence lapses so that 9/11 could never happen again. Now some Democrats want to investigate what they see as post-9/11 intelligence excesses. This isn't about gathering more information to prevent further disasters. It's scalp collecting.

Why Does the GOP Elite Hate Its Own Base? Josh Hammer
Trending on Townhall Video