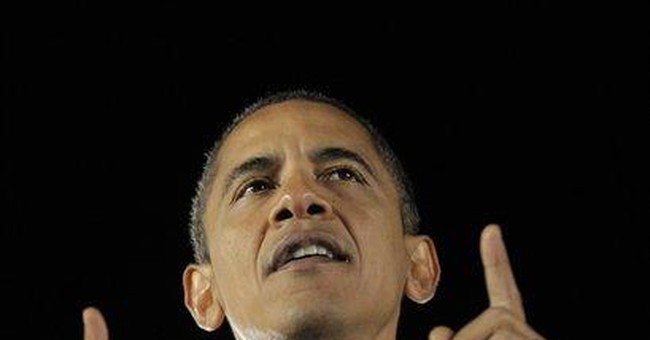 Barack Obama has waged a brilliant, disciplined campaign for the White House. To the extent that Obama's campaign demonstrates his strategic and organizational abilities, the junior Illinois senator has the potential to be a great leader. The son of a Kenyan father who came to Hawaii for a university education, Obama can claim a personal story that makes him, as former Secretary of State Colin Powell put it, "a transformational figure" in American politics.

Having opposed the war in Iraq before it began, Obama never had to gin up phony excuses for voting to authorize the use of military force in Iraq -- as did four of his Democratic primary election opponents, including his running mate, Joe Biden. He had the cleanest slate of all the Democratic presidential hopefuls, and thus appeared as the candidate most consistent with his party's values.

Yes, he is impressive, but here are my problems with Barack Obama:

Taxes: During the last presidential debate with GOP opponent John McCain, Obama repeatedly claimed that under his plan, the rich would pay "a little more" in taxes.

A little more? Obama has proposed increasing the top tax rate to 39.6 percent from 35 percent. He also has talked about extending Social Security taxes on those with incomes above $250,000. The Tax Policy Center noted that if Obama carried through on the idea, which is not included in his official plan, "the proposal could raise effective tax rates on labor income for high earners above 52 percent (and more than 55 percent for residents of states with high income taxes such as California)."

The Tax Policy Center also estimates that, under Plan Obama, 49 percent of Americans will not pay federal income taxes. So when Obama talks up his plan to send a $500 to $1,000 "rebate" to American taxpayers, he is talking welfare. And if half of American voters don't pay income taxes, then what is to stop them from raising taxes on the half that does? So much for Obama's 30-minute television commercial calling for a "new era of responsibility."

Iraq: When Obama talks about Iraq, he usually focuses on the $10 billion spent in Iraq each month that could go to domestic spending, not on the more than 4,100 U.S. troops who have made the ultimate sacrifice on foreign soil. Will Obama decide that he can leave Iraq even if it collapses -- then wash his hands and toss the blame to George W. Bush, as he has done for the last two years?

Afghanistan: Then how much support will there be for the war in Afghanistan when it costs $5 billion a month?

He's no moderate: In 2005, Obama could have joined the Gang of 14 -- the group of seven Democrats and seven Republicans (including McCain) who worked out a compromise to successfully limit judicial filibusters -- but he didn't. In his memoir "The Audacity of Hope," Obama explained his decision thus: "Given the profiles of some of the judges involved, it was hard to see what judicial nominee might be so much worse as to constitute an 'extraordinary circumstance' worthy of filibuster." Moderate? Hardly. Obama even voted opposite 78 senators who confirmed the nomination of Chief Justice John Roberts.

Results don't matter: Obama served on the board of directors of the Chicago Annenberg Challenge from 1995 to 2002. The challenge spent some $49 million to reform Chicago public schools -- with nothing to show for it. According to a 2003 audit, "There were no statistically significant differences between Annenberg schools and non-Annenberg schools in rates of achievement gain."

In his first memoir, "Dreams from My Father," Obama writes about his days as a community organizer and of his efforts to fight inner-city crime and improve public housing. He barely addresses whether a project met its stated goal of reducing crime or improving housing. To him, the effort worked if participants felt good about being organized.

The pander problem: You see it in his call for a 90-day moratorium on housing foreclosures -- which he rightly scoffed when Hillary Rodham Clinton first proposed it. Sounds good. Who cares if it works? Ditto his promised 5 million "green-collar" jobs.

One-party rule: With Democrats running the House and Senate, an Obama White House threatens to bust the budget, just as one-party rule bloated federal spending from 2001-2006 with Republicans in charge of both Congress and the executive branch. Already Obama's proposed stimulus package has grown from $60 billion to $175 billion, while D.C. Democrats now are talking about a $300 billion package. See what happens if he is elected.