Not Moderates but GOP Wimps 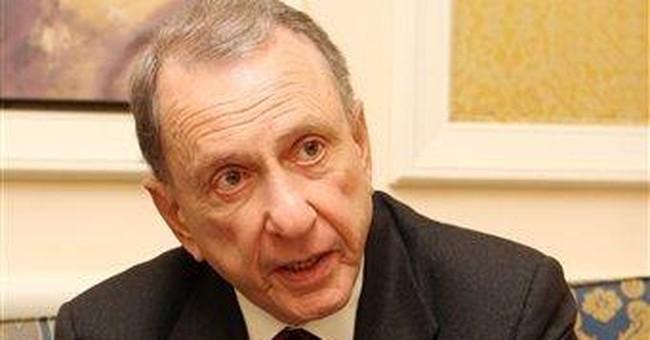 I've long considered myself a bad Republican. During the Bush administration, for example, I've felt free to whack George W. and Republicans in Congress for passing big-spending bills, such as their pork-rich 2002 farm bill, the underfunded prescription-drug bill and earmark spending. But in 2008, I find that I'm a piker in the bad Republican department.

Enter Christopher Buckley, the satirical novelist and GOP legacy prince who wrote a piece in the New York Times in February excoriating Rush Limbaugh and other conservatives for not supporting John McCain for president, despite McCain's conservative credentials and unassailable character. This month, Buckley announced he would vote for Democrat Barack Obama for president, as McCain's campaign had rendered the former P.O.W. "inauthentic."

Republicans Colin Powell, William Weld and Scott McClellan also have endorsed Obama. On Friday, Limbaugh lashed out at Buckley and company, as he asked, "What the hell happened to your theory that only John McCain could enlarge this party, that we had to get moderates and independents?"

"Good riddance," Limbaugh said, to GOP moderates. In an e-mail Monday, Limbaugh wrote, "What I meant to imply is that moderates leading a conservative revival will doom it. I'm happy to have them -- but not as definers and leaders."

Limbaugh should ease off on the "moderate" bashing. Buckley, Powell, Weld and McClellan don't represent moderate Republicans so much as they represent themselves -- and a small universe of New York and Beltway conservatives who have not retreated to the middle, but simply bolted for the nearest exit.

They had spent the last eight years in a contentious marriage marred by a circular argument revolving around George W. Bush. McCain appeared as the man who might offer a chance for happiness. But when they found themselves trapped in the same ceaseless argument that plagued their last unhappy marriage, they announced they were leaving home to buy a pack of cigarettes.

William Ayers? Everyone knows that if McCain had held a campaign event at the home of someone who founded a violent anti-abortion group, it would be an issue. McCampaign seemed out of touch in bringing up in the midst of an economic crisis Ayers, an education professor who helped found the terrorist Weather Underground in the 1960s. When GOP vice presidential candidate Sarah Palin hit Obama's "socialist" tax policies, here again, the campaign seemed not so much too conservative, as too 1950s.

They were still arguing about style, as McCampaign had morphed into a style-crime road show. The factor here is not moderate versus conservative Republicans, but the cool guy versus the old guy.

Buckley did not claim that Obama's policies are better. Indeed, he wrote that he will "pray, secularly" for Obama to betray the traditional left-wing politics he espouses. Powell told NBC's "Meet the Press" that he supported Obama "because of his ability to inspire, because of the inclusive nature of his campaign, because he is reaching out all across America" -- not because of Obama's position papers.

When Obamacons explain why they are deserting the GOP nominee, you don't hear them arguing that Obama will do better by U.S. troops in Iraq and Afghanistan. They don't say that Obama has the best ideas for the economy. They instead lean on the belief that Obama can bring people together.

They gloss over the fact that McCain will settle for nothing short of a successful military policy in Iraq and Afghanistan. Or that Obama sees Iraq as a place where the U.S. government spends $10 billion a month that could go to social programs at home. They count on Obama to do what is expedient, not what he has pledged to do.

They tend to agree more with McCain's emphasis on limiting taxation to encourage job creation than Obama's zeal to spread around affluent people's wealth. So they don't dwell on the policy questions.

This isn't about ideology -- moderate or conservative. It's a personality contest.