Conservatives Say No to Federal Gambling Ban, Congress Should Listen

David Williams
|
Posted: Mar 16, 2017 12:01 AM
Share   Tweet
The opinions expressed by columnists are their own and do not necessarily represent the views of Townhall.com. 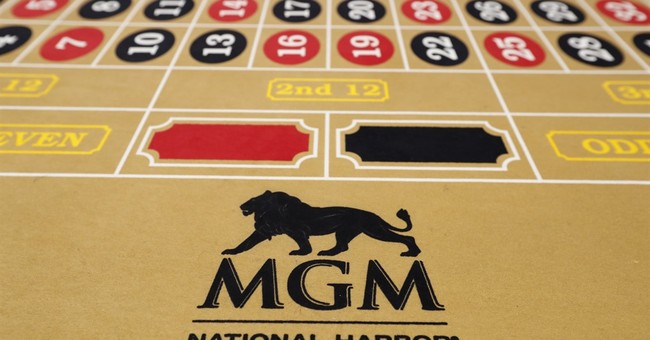 Few things are as unbecoming in American politics as elected leaders straying from the core principles upon which they built their reputations in the first place.

A clear example in Washington, D.C. today is the effort by some Republicans to impose a federal ban on online gaming. Some Senators and Members of Congress want to override states’ prerogatives to decide their own gaming policy. These efforts are in direct conflict with the Republican Party’s long-held stance in favor of federalism. As the Party’s own platform states, “Every violation of state sovereignty by federal officials is not merely a transgression of one unit of government against another; it is an assault on the liberties of individual Americans.”

To be clear, one state may find online gaming a worthwhile enterprise while another deems it unnecessary or inappropriate. That is precisely how our system of government is supposed to function.

Adelson has pledged to spend “

His election gamble paid off.

But if Adelson has won the hearts of some Republicans in Washington, he has a tremendous amount of work ahead of him to convince grassroots conservatives. A new survey suggests that if Congress moves ahead with a gaming ban, it will do so without the backing of conservatives that put them there. According to The Hill:

During the Conservative Political Action Conference held at the Gaylord National Resort and Convention Center in National Harbor, Maryland, the Institute for Liberty conducted a survey of the attendees that should give pause to those in Congress seeking to placate the GOP’s biggest donor.

An incredible nine in ten participants said they would oppose efforts to have the federal government overturn state laws regarding online gaming. In addition, 88 percent said they see [Restoration of America's Wire Act] RAWA as an example of cronyism. In an age of political division and factionalism, the results are staggering.

These numbers are staggering. There is virtually no support at all for a federal online gaming ban among the grassroots whom Republicans now in office should thank for their unexpected victory just a few months ago.

That victory swept Donald Trump into office, who as a businessman in 2011, considered entering the online gaming businesses, which would seem to indicate he is opposed to a ban. Adelson and President Trump met last month amid speculation that their conversation covered a plethora of gaming issues. It is unclear if Adelson succeeded in changing now President Trump’s mind on the matter.

During the 2016 campaign, Donald Trump had a name for the system in Washington that oversteps its boundaries and dictates policy to the enrichment of a few. He called it “the swamp” and he pledged to drain it. Many who work every day toward a smaller, less intrusive federal government sincerely hope “draining the swamp” includes preserving state sovereignty from federal intrusion.