David Williams
|
Posted: Dec 07, 2016 12:01 AM
Share   Tweet
The opinions expressed by columnists are their own and do not necessarily represent the views of Townhall.com. 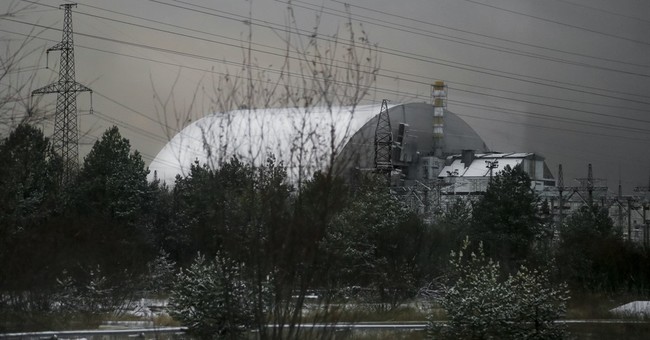 Bruce Rauner was elected Illinois governor, in many respects, because of his strong commitment to turning around the state’s poor fiscal situation. Since taking office, Gov. Rauner, a successful businessman, has used his “turnaround agenda” to highlight the need for more fiscal restraint by making the case for responsible budget cuts and slashing corporate welfare. A potential bailout of nuclear power plants, however, could derail Gov. Rauner’s promise of fiscal responsibility and undermine his credibility.

The so-called Future Energy Jobs Bill (SB 2814) just passed the House by a vote of  63-38 and passed the Senate by a vote of 32-18.  The Bill now heads to the Governor’s desk for his signature.  Even though the title of the Bill sounds promising, it is nothing more than a billion dollar bailout for the nuclear power industry.  The legislation will have devastating effects on ratepayers and taxpayers.

In its most current iteration, SB 2814 would provide a “fix” to the state’s Renewable Portfolio Standard (RPS) by funneling more than $200 million annually to the RPS, which was designed in 2007 to move Illinois energy consumption to more renewable energy. That money will come directly from Illinois utility ratepayers who will see electricity bills rise as result of the “fix.” The legislation also provides subsidies to two struggling nuclear power plants (both owned by Exelon).

As part of any increase in electricity rates to expand the RPS, taxpayers will also be on the hook for rising costs for electric bills at public buildings in the state of Illinois. Today, there are nearly 5,000 public schools in the state. So, without even including administrative and other government-owned buildings, that is a massive hit to taxpayers for an unnecessary electricity rate hike that will partly pay for bailouts.

The good news is that Gov. Rauner has the opportunity to stop the bailout and stop the damage to taxpayers and ratepayers.  He can also send a clear message that cronyism won’t be tolerated. Taxpayers shouldn’t be picking up the multi-billion dollar tab for one energy company so that two nuclear plants can comply with a ridiculous renewable energy standard that won’t be met and will only cause more economic harm to Illinois, which already faces deep fiscal troubles.

There are a growing number of voices raising the alarm on the bailout and urging Gov. Rauner to use common sense and reject the overall bill.  One analysis of the legislation shows that the bailout would cost $2.4 billion. On top of that, SB 2814 also includes an expansion of the RPS that would cost $1.9 billion. The bill also contains more than $7 billion for energy efficiency expansion. In short, SB 2814 is going to leave Illinois taxpayers and ratepayers with higher costs totaling billions of dollars when all is said and done.

Gov. Rauner has a chance to stand up for taxpayers and against cronyism. The only way a real “turnaround” can happen in Illinois is if elected officials can break the cycle of terrible decision-making that has plagued the state’s fiscal situation for years. Allowing a crony bailout to take place is the wrong direction to go in, and for the sake of taxpayers and the state of Illinois it is imperative that Gov. Rauner sends a clear message and veto this nuclear bailout.