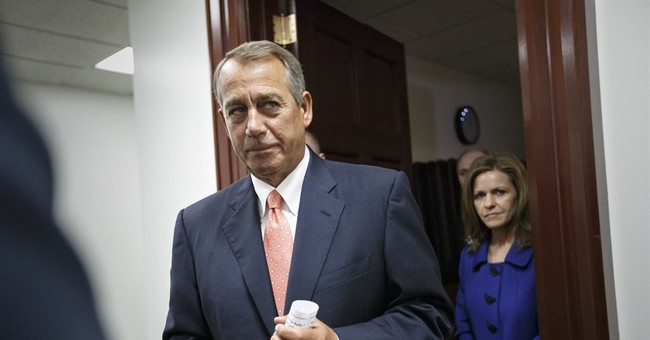 All eyes were on Washington recently as the members of the 114th Congress swept into town on the heels of a snowstorm to take their seats in the first Republican-controlled legislature since 2006. Among their many challenges, they will have to settle the fate of the Export-Import (Ex-Im) Bank of the United States, whose charter will expire on June 30 unless renewed by an act of Congress.

By choosing not to renew Ex-Im’s charter and allowing this controversial appendage of government to wither away for good, Republicans in the House and Senate have an opportunity to take a united stand against crony capitalism. By shutting down the Bank, whose supporters have deployed some of the worst weapons in the arsenal of bureaucratic shenanigans, the new majority can usher in a better way of doing business in Washington. Allowing the Ex-Im Bank to disappear would be a big win for taxpayers.

Ex-Im is fond of claiming that they post a profit without any cost to the American people. “Over the last five years,” they claim, the Bank “generated $2 billion for U.S. taxpayers” and “[costs] the U.S. taxpayer $0.” If that sounds too good a claim to be true – especially coming from a government agency – that’s because it is. Ex-Im arrives at these sterling statistics using the convoluted accounting rules that the federal government applies to itself. Last May, however, the nonpartisan

Congressional Budget Office applied the rules of “fair-value accounting” – used by businesses in the real world – to Ex-Im and other agencies. They found that when the façade of fuzzy government math was stripped away, Ex-Im in fact did impose a cost on taxpayers: $200 million per year, adding up to $2 billion in a decade.

More questionable numbers emerge when Ex-Im tries to explain where the money from their taxpayer-backed loans and loan guarantees actually ends up. Business associations inside the Beltway gushed during the battle over their charter that “nearly 90 percent of Ex-Im’s transactions support the exports of small and medium-size businesses, and one in five of the Bank’s authorizations supported women- and minority-owned businesses.” The integrity of these claims have come under attack from all sides.

The Huffington Post flatly stated this was “simply not true,” and by delving into the Bank’s own data, found that instead of lending 20 percent of their support to women- and minority-owned businesses, the true combined total was actually less than 14 percent. Another investigation, this time by Reuters, found that Ex-Im routinely “mischaracterized” businesses as “small” when in reality they were anything but. In one case, the Bank listed construction giant Bechtel, which has some 53,000 employees, as a small business in Texas. Even some of Warren Buffett’s companies even made the list. Overall, Reuters estimated that Ex-Im directed $3 billion over eight years to companies they “misclassified” as small.

The Ex-Im Bank’s real best friends are not small businesses – they’re large ones, both foreign and domestic, some even government owned. More than half of their financing ends up benefitting ten big corporations, including Boeing, General Electric, and Caterpillar.

Their work with Boeing provides perhaps the best insight into the Bank’s inner workings, which is fitting considering they remain Ex-Im’s single-largest beneficiary. Using financing provided by the Ex-Im Bank, Boeing sells their jets to foreign airlines. These partners are often heavily subsidized or even wholly-owned by their own national governments, yet they benefit from U.S. taxpayers’ largesse when purchasing Boeing aircraft. Even more disturbing, this practice gives a distinct competitive advantage to foreign airlines, helping them muscle out their American competition and thereby threatening jobs at U.S. airlines. Industry analysis suggests that over 7,000 jobs have already been lost as a result of Ex-Im’s foreign deals.

The movement to pull the plug on Ex-Im enjoys considerable support among the Republican rank-and-file in Congress and leadership in both houses have sent positive signals as well. Senate Majority Leader Mitch McConnell has said he would vote against reauthorizing the Bank and House Majority Leader Kevin McCarthy came out against it during the debate last summer.

The House and Senate leadership should seize the opportunity to marshal their united forces against an unnecessary government agency that regularly distorts their true cost while subsidizing Big Business – at home and abroad – and threatening American jobs.