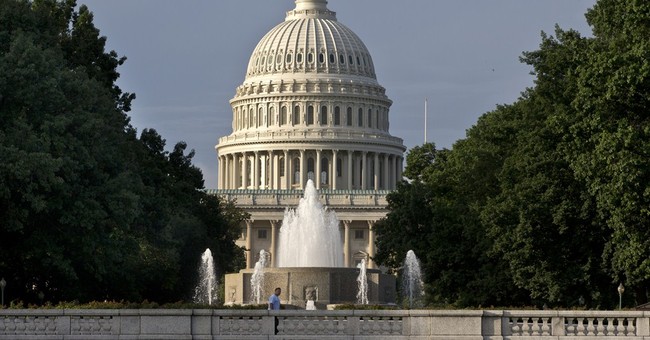 August in D.C. usually means hot weather and empty halls of Congress, and this year is no different.  Congress has been on recess for the entire month and isn’t expected to be back in session until September 9.  With this type of leisurely schedule one would think that our lawmakers are ahead of schedule in completing their work on the annual spending bills and have a firm plan in place for the debt limit.  Not exactly. When Congress returns to Washington D.C. they will have a litany of work to complete.  With this record of inaction and inefficiency so clear, there is no better time to look into congressional compensation and the many financial perks that go along with being a member of Congress.

The Taxpayers Protection Alliance just released a report showing that rank and file members of Congress make $174,000 per year. And, in addition to that salary, which by itself puts D.C. representatives among the highest-paid five percent of American workers, they receive more generous fringe benefits than typical American employees. In 2013, congressional compensation packages included benefits totaling around $286,000 per year.

The perks really add up. In addition to paid time off and U.S. taxpayer contributions toward the health and life insurance plans, members of Congress receive contributions toward retirement benefits equal to around 47 percent of their annual salaries, or about $82,000. In the private sector, the typical employee is only eligible for a 401(k) type pension plan and does not qualify for retirement health coverage. Thus, Congressional pensions are considerably more generous than those offered to private-sector employees.

One way to measure the relative size of congressional salaries is to compare them to the average wages earned by private-sector employees. According to the Organization for Economic Cooperation and Development (OECD), an average full-time employee in the United States earns $50,875 annually. Members of Congress receive salaries of $174,000. This means that members of Congress make 3.4 times more than the average full-time American worker.

Members of the United States Congress are also among the highest-paid legislators in the world. On average, legislators in other parts of the world receive salaries equal to 2.3 times the average wage. In only one other country – Japan – are legislators paid more relative to the citizens they govern. In the United Kingdom, for instance, members of Parliament receive salaries equal to 2.2 times the average full-time worker wage.

There have been numerous attempts to lower salaries, but the most notable was an effort by Reps. Ron DeSantis (R-Fla.) and Ami Bera (D-Calif.) that would reduce Congressional pay by 8.2 percent, to match the percentage cuts in non-defense discretionary spending required as part of the budget sequestration agreement.

Taxpayers have been suffering enough with perpetual deficits and a bloated and inefficient government.  It is time for Congress to share the pain and take a pay cut and show that being a member of Congress is about public service, not getting rich.