Alinsky, Chambers, and the Rest of Us 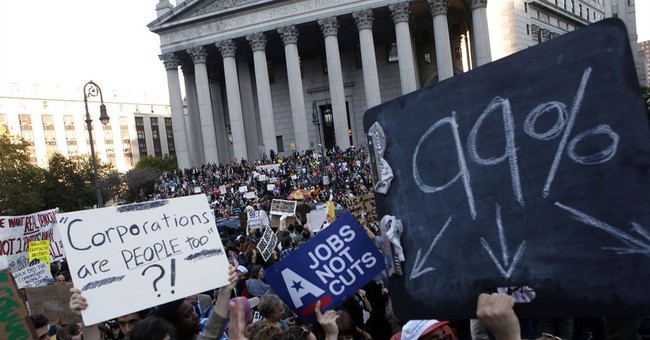 A few years ago, when I finally got around to reading Saul Alinsky’s book, Rules for Radicals, I learned some vital things about culture warfare. Every American should read it. It’s chilling. The scary stuff begins on the book’s dedicatory page:

Lest we forget at least an over-the-shoulder acknowledgment to the very first radical: from all our legends, mythology, and history... the first radical known to man who rebelled against the establishment and did it so effectively that he at least won his own kingdom — Lucifer.

George Washington died because of misguided notions about how getting the bad blood out via leeches would cure his ailment. It was a case of a cure that killed. Sure, his cold was gone, but so was he. In a sense, the draconian measures some would use to remake our nation’s fabric, from health care, to national security, to the economy itself, are somewhat akin to bleeding the nation en route to restoration.

All this has done is to make us a weaker nation on so many levels.

As a pastor, I have preached sermons based on a haunting passage from the writings of the prophet Jeremiah called. The prophet was a patriot, but he knew that sometimes patriotism involved even more than waving a flag – a stand must be taken. His message was:

“Stand at the crossroads and look; ask for the ancient paths, ask where the good way is, and walk in it, and you will find rest for your souls.”

Jeremiah was speaking to his nation at a pivotal moment – a time that called for clear thinking and action. They had been on a slippery slope for a long time and the clock was running out. Nothing short of a return to what made them strong – even great – in the first place would correct the problem.

In March of 1946, Winston Churchill traveled to diminutive Fulton, Missouri to deliver his most famous speech—the one that talked about a sinister iron curtain born of Soviet expansionism.

That very week, Time Magazine published a review about two recently published books. One was a work by Frederick L. Schuman, the Woodrow Wilson professor of government at Williams College, called Soviet Politics. It was basically a defense of the Soviet system. The other book was Saul Alinksy’s Reveille For Radicals —the prequel to Rules for Radicals. The title of the review was, Problem Of The Century.

The reviewer suggested that, “the dominant problem of the 20th century is the reconciliation of economic liberty with political liberty.” He saw this issue resolved in Schuman’s book by simply “liquidating political liberty.” He saw Alinsky’s ideas in a little more favorable light, suggesting that it was written with a “burning honesty” and that the author had “glimpsed a vision which is greater than his ability to put it in practical terms.” In fact, that particular reviewer did not live long enough to see the fruit of Saul Alinsky’s attempt to put his vision into those “practical terms.” That would come later in Rules For Radicals. But the reviewer died 10 years before that.

That reviewer’s name was Whitaker Chambers.

Though he never got to write a review of Rules for Radicals, but he did write a book of his own. It became a classic with a simple title, Witness.

Witness was the testimony of a man who had once been a communist, even a spy. Chambers ultimately saw the light and spent the rest of his days fighting—at great personal price—his former “faith.” Along the way, he exposed a traitor or two, gaining him the wrath of the liberal elite in America, though he has long since been vindicated as a truth-teller by many infallible proofs.

He began Witness with a letter to his children, letting them know the nature of the struggle and the craftiness of the enemy:

Communists are bound together by no secret oath. The tie that binds them across the frontiers of nations, across barriers of language and differences of class and education, in defiance of religion, morality, truth, law, honor, the weaknesses of the body and the irresolutions of the mind, even unto death, is a simple conviction: It is necessary to change the world.

It is not new. It is, in fact, man's second oldest faith. Its promise was whispered in the first days of the Creation under the Tree of the Knowledge of Good and Evil: ‘Ye shall be as gods.’ It is the great alternative faith of mankind. Like all great faiths, its force derives from a simple vision. Other ages have had great visions. They have always been different versions of the same vision: the vision of God and man's relationship to God. The Communist vision is the vision of Man without God.

Whatever else you have on your summer reading list, I suggest you include Rules for Radicals and Witness—twovery different books—two very different visions. They are every bit as different as two famous roads—one called “the broad way,” the other, “the straight and narrow.”

And they lead to two very different destinations.