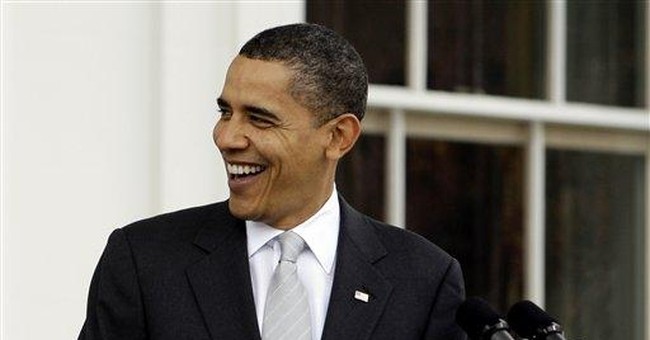 This Tuesday, Barack Obama will travel to the United States Military Academy at West Point to deliver the most important address of his young presidency. He has obviously chosen the site for the speech with great care and in the hope that the backdrop – a storied scene on the Hudson – will engender an image of him as a strong and effective commander in chief.

It is probably a smart move, but one not without a measure of risk.

The President of the United States will be treated with respect and be received enthusiastically – all very appropriate and quintessentially American. But when the fanfare fades and the applause lines become fewer, he will have the tough job of articulating a compelling vision for the future of a war that has lost its name, if not its way.

Though Mr. Obama’s White House predecessor spoke at West Point twice – once in each term – not all presidents make this trip. Eisenhower, one of the two graduates of the academy who went on to become Commander in Chief (the other being fellow Republican, Ulysses S. Grant), never made a major speech there during his two terms as president. And his predecessor, the man from Missouri, avoided the place like the plague. President Truman saw West Point as a breeding ground for “stuffed shirts” – and at any rate, his firing of the academy’s former commandant – Douglas MacArthur – probably kept the presidential welcome mat in storage in the basement of the Thayer Hotel.

As Mr. Obama’s team prepares for this important speech, I wonder if the wordsmiths are taking time to consult the history of what has been said there by other presidents and prominent Americans?

Franklin Roosevelt gave the commencement address in 1939 to graduates who would soon be in harm’s way in Europe and the Pacific. He told that class, “During recent months international political considerations have required still greater emphasis upon the vitalization of our defense, for we have had dramatic illustrations of the fate of undefended nations. I hardly need to be more specific than that. Recent conflicts in Europe, the Far East and Africa bear witness to the fact that the individual soldier remains still the controlling factor.”

However, when John F. Kennedy spoke to another graduating class on June 6, 1962 (inexplicably, for a president who prided himself on his sense of history, never mentioning that date as the 18th anniversary of D-Day), he shared a vision about changes in warfare, telling his honorable audience: “Your responsibilities may involve the command of more traditional forces, but in less traditional roles. Men risking their lives, not as combatants, but as instructors or advisers, or as symbols of our Nation's commitments.” He, though, never lived to see how quickly “instructors or advisors” would become “combatants.”

The most recent president to make a major speech at West Point was George W. Bush, a man who usually does not fare well in the eloquence department, especially when compared to President Obama. Yet, what he had to say back in 2002 should be reviewed, not only by White House speechwriters, but also by all Americans - because the words still ring true:

“Because the war on terror will require resolve and patience, it will also require firm moral purpose. In this way our struggle is similar to the Cold War. Now, as then, our enemies are totalitarians, holding a creed of power with no place for human dignity. Now, as then, they seek to impose a joyless conformity, to control every life and all of life.

America confronted imperial communism in many different ways - diplomatic, economic, and military. Yet moral clarity was essential to our victory in the Cold War. When leaders like John F. Kennedy and Ronald Reagan refused to gloss over the brutality of tyrants, they gave hope to prisoners and dissidents and exiles, and rallied free nations to a great cause.

Some worry that it is somehow undiplomatic or impolite to speak the language of right and wrong. I disagree. Different circumstances require different methods, but not different moralities. Moral truth is the same in every culture, in every time, and in every place. Targeting innocent civilians for murder is always and everywhere wrong. Brutality against women is always and everywhere wrong. There can be no neutrality between justice and cruelty, between the innocent and the guilty. We are in a conflict between good and evil, and America will call evil by its name. By confronting evil and lawless regimes, we do not create a problem - we reveal a problem. And we will lead the world in opposing it.”

However, if I were on Mr. Obama’s speech writing team (corpulent opportunity), I would spend some time going over another famous speech made at West Point. It just may be the most relevant to current realities, not to mention one that we all need to hear again.

The date was May 12, 1962 and the speaker was retired General Douglas MacArthur. The Old Man was 82 years of age and his frail movements reflected it. But there was a spark of eloquence left in him; one that he fanned that day into a brilliant rhetorical flame.

When I watch Mr. Obama’s speech this Tuesday, it will be Big Mac’s speech that I use as the gold standard reference point. Here are some excerpts. The words speak for themselves:

“Duty, Honor, Country: Those three hallowed words reverently dictate what you ought to be, what you can be, what you will be. They are your rallying points: to build courage when courage seems to fail; to regain faith when there seems to be little cause for faith; to create hope when hope becomes forlorn. Unhappily, I possess neither that eloquence of diction, that poetry of imagination, nor that brilliance of metaphor to tell you all that they mean.”

“The unbelievers will say they are but words, but a slogan, but a flamboyant phrase. Every pedant, every demagogue, every cynic, every hypocrite, every troublemaker, and, I am sorry to say, some others of an entirely different character, will try to downgrade them even to the extent of mockery and ridicule.”

“And through all this welter of change and development your mission remains fixed, determined, inviolable. It is to win our wars. Everything else in your professional career is but corollary to this vital dedication. All other public purpose, all other public projects, all other public needs, great or small, will find others for their accomplishments; but you are the ones who are trained to fight.”

“Yours is the profession of arms, the will to win, the sure knowledge that in war there is no substitute for victory, that if you lose, the Nation will be destroyed, that the very obsession of your public service must be Duty, Honor, Country.

“The long gray line has never failed us. Were you to do so, a million ghosts in olive drab, in brown khaki, in blue and gray, would rise from their white crosses, thundering those magic words: Duty, Honor, Country.”