An Evangelical Bridge Too Far 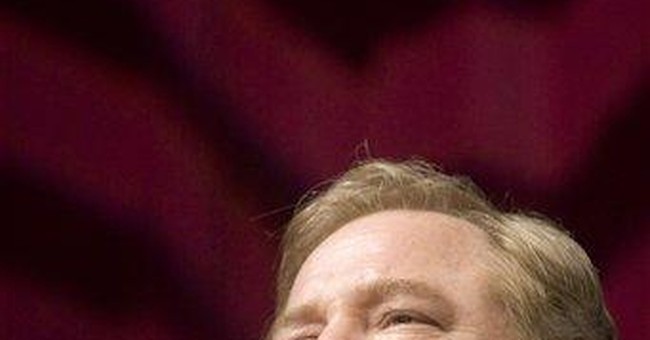 The recent furor over President-Elect Barack Obama’s selection of California mega-church pastor Rick Warren to pray at the January 20th inauguration yields a few clues about what evangelicals can expect during the next four years.

On the surface, playing the Warren card appears to be a masterstroke by Obama – one that further demonstrates impressive political skills.  A day or so after the election, I was asked by someone about what Mr. Obama would do to prepare for his administration.  I replied that I thought he would demonstrate significant savvy by – at least for the time being – ignoring the clamorous pleas from core constituencies, the kind of people who will support and vote for him no matter what.  And I suggested he would reach out to those who view him with fear – or at least mild suspicion.

That’s pretty much what number 44 has done.  He has confounded those who voted for “real change we can believe in” by putting together a crafty combination of a third Clinton term on most things, and a third Bush term on issues relating to the war in Iraq.

This brings me back to Rick Warren’s upcoming supplication in Washington.  Evangelicals – especially younger ones – played a key role in Barack Obama’s ability to counter clear problems with his own church and pastor.  They also, in many cases, overtly campaigned for him, his decidedly non-evangelical views on abortion and other traditional values issues notwithstanding.

Mr. Obama is viewed by many evangelicals as a new kind of politician - someone who can bridge the gap, or reach out, or maybe begin a dialogue.  Just pick your mantra.  But before any kind of modern-day Great Awakening is declared, some should take a serious look at how Rev. Warren’s selection to offer a simple prayer has become such a controversial matter.

Evangelicals, those who take the Bible and their faith seriously, need to realize that when it comes to issues like gay marriage – even abortion – there is not really any middle ground with those on the left, even the so-called Christian left.

Rick Warren has spent a great deal of time and money, investing his ministry in initiatives that are outside of the normal evangelical box.   He has worked tirelessly in Africa and elsewhere on the issue of AIDS – and has cultivated a compassionate and understanding persona when it comes to dealing with issues and ministry challenges stemming from same-sex attraction.

What Warren has not done, nor will he ever do, is to reach the point where he declares that homosexual behavior is not sinful.  He will not do this because he is a Biblicist.

No matter how understanding evangelicals are and how sincere some are to open a dialogue with same-sex marriage advocates and activists, there can be no real rapprochement without the willingness to change the way the Bible is read and interpreted.

And that would be an evangelical bridge too far.

Conservative evangelicals possess a belief-system rooted in a movement popularized nearly 100 years ago and that reached its peak at the mid-point of the roaring twenties.  Fundamentalism - part dogma, part culture, part reaction to culture - and in large measure driven by several key and dynamic personalities - was at its high water mark as a social phenomenon. Though certainly no fan, in fact a persistent critic, of the movement, H. L. Mencken, the caustic journalistic sage of Baltimore, observed its clear influence, writing at the time: “Heave an egg out of a Pullman window, and you will hit a fundamentalist almost anywhere in the United States today.

From 1910-1915 a series of twelve books was published and widely distributed to conservative-minded Christians around the country under the title The Fundamentals.  A year before the first edition appeared, a wealthy Californian had been inspired, listening to a sermon by Chicago preacher, A.C. Dixon, to “bring the Bible’s true message to its most faithful believers.” Very soon he developed the concept for the publishing of “a series of inexpensive paperback books, containing the best teachings of the best Bible teachers in the world.” After The Great War (1914-1918), a movement took root, one based on the ideas in The Fundamentals, and that would transcend “various conservative Christian traditions.”

During the 1920s, most of the great protestant denominations experienced internal convulsions over issues raised – sometimes vociferously – by fundamentalists in the ranks.   Of particular concern to some was the growing tendency on the part of religious “liberals” to question long-held dogmas of the faith.

Opposite the fundamentalists were the “modernists” – and they openly challenged things seen as precious to true believers everywhere.  Harry Emerson Fosdick – a leading modernist protestant pastor – suggested an alternative narrative for the virgin birth.  Jesus was likely (in his thinking) fathered by a soldier.  The scriptural story could not possibly be true.  And the resurrection – well, come on now – really?  Rising from the dead – I mean, that’s just too incredible for “modern-intelligent” minds to accept.

And everything depended on what you believed about the Bible itself.

To fundamentalists it was the inspired Word of God.  By this they meant the “verbal-plenary inspiration” of scripture.  In other words, the “words” were inspired – and the book itself was in its entirety.   And when it came to interpretation, fundamentalists opted for what they called, “the historical-grammatical” method – what the words meant in context and back then (think: “strict construction” of the U.S. Constitution – what did the founders and framers mean? Etc.).

Why is it important to know this?  Well, because the evangelical movement grew out of fundamentalism.  Led by people like Billy Graham and Harold John Ockenga – and schools like Moody Bible Institute and Wheaton College – the idea was to keep the solid “doctrinal” stuff – Biblicism and the centrality of Jesus Christ and his “finished work,” while moving away from the strident, often belligerent, methods of the earlier generation of fundamentalists.

A new-breed of evangelical “whiz kids” took the religious Model-T of the fundamentalists and popularized it to a post-war/Cold War nation.  They even had a saying in the Youth for Christ movement in those days (where Graham got his start): “Geared to the Times, but Anchored to the Rock.”

Rick Warren and millions of others today remain faithful to these ideas.  Though attempts are made to build bridges – to reach out – it is only for the purpose of bringing people to a relationship with Jesus.

Though I hesitate to put words in Rick Warren’s mouth, or speak definitively as to where he stands – I am quite confident that his view of scripture is very much in line with the 1950s evangelicals – even the 1920s fundamentalists.  It is a high view of the Bible – inspired of God, interpreted careful, and applied personally.

This is a view commonly shared by conservative evangelicals across the denominational landscape.   And it is why some evangelicals need to face the music.  No matter how much you try to love, reach out, dialogue, and build bridges, the other guys are not going to be happy short of the abandonment of the Bible as a serious document relevant to our times.

Unless evangelicals are willing to say that the Bible does not call homosexual behavior sinful, no amount of posturing will change anything.

It is sort of like the Israeli-PLO land-for-peace narrative.   It will never work because the PLO does not think Israel should exist.  Conceded acreage will not assuage that.

Nor will “reaching out” assuage those who believe that anyone who takes the Bible seriously on the matter of homosexuality is, ipso facto, a bigot filled with hate.

The Apostle Paul knew a thing or two about people and bridge building.  He told the Corinthians that he was always willing to reinvent himself in order to connect with others.  But the connection he desired with others was designed to bring them to a place of faith in Jesus.

Many evangelicals are firmly, optimistically, and sincerely on the Barack-Bridge, but they may soon realize that in order to cross it completely en route to the new promised land of change, they will have to lighten their load and leave some stuff behind.

And among the things discarded will be a lot of Bibles.