Inside the Obama Tent of Rivals 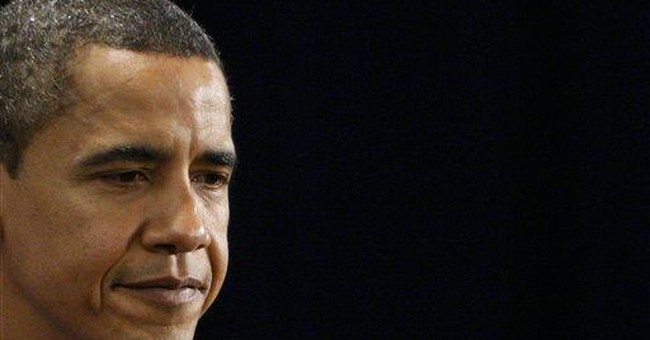 As President-Elect Barack Obama moves toward the transition finish line, he has been busy putting his cabinet together, collecting what is now routinely referred to as a “team of rivals.”  But this may be more than a reference to the fact that he is trying to avoid “group-think.”  The man seems, in fact, to be putting together a team of former-and-would-be pretenders to his political throne.

It is certainly understandable that the party out of executive branch power for the past eight years would find positions for the faithful.  Though for a man who campaigned on yes-we-can change there is more than a little irony in many of Mr. Obama’s decisions since the election.

What I find curious is something few seem to be noticing.  History tells us that accepting a position in the cabinet, though a great way to serve, is not at all a good move for anyone who has ultimate presidential aspirations.

The last man to move directly from a cabinet position to the presidency was Herbert Hoover.

Mr. Hoover was the long-time and highly effective Secretary of Commerce under Warren Harding and Calvin Coolidge and by 1928 was widely seen as the inevitable Republican nominee.  He probably brought the best resume ever to the White House.  The rest is, as they say, history.

Across the pond in Great Britain, a cabinet post is not only prestigious – it is absolutely essential to anyone desiring to be Prime Minister.  Since the days of David Lloyd George who molded the modern role of his nation’s PM during the demanding days of the Great War, all of the realm’s ultimate political leaders have come from the ranks of the cabinet.  That’s the way their system works.  A lot of real political power resides in the cabinet.

Nearly all British Prime Ministers, since the days of Sir Robert Walpole (c. 1741), have also held the title First Lord of the Treasury – the original designation for the PM’s role.  In fact, 10 Downing Street is technically known as the residence of the person holding this title.

The point is that over there one must be a member of the cabinet of the party in power (and the leader of the shadow cabinet of the party out of power) to become Prime Minister.  Most recent residents of 10 Downing Street have served as either Chancellor of the Exchequer (their big cabinet kahuna) or Foreign Secretary.  Anthony Eden, who succeeded the retiring Winston Churchill in 1955, had been serving as Deputy Prime Minister – also a cabinet position.

But none of this transfers to American politics, due in large part to the fact that we have separate and distinct branches of government.  For example, cabinet members in Great Britain retain their membership in the House of Commons.

In the United States, politicians tend to run for high office from the platform of a current (or previous) electoral position (or occasionally – as with General Eisenhower – from personal and heroic stature that transcends mere politics).  In fact, history tells us that being a part of the cabinet du jour in this country is just about a sure ticket to the political graveyard.

If someone is in the Senate, or House of Representatives, or a Statehouse somewhere, they – even if in the same party as the president – can effectively mount a significant political challenge.  But when you are “in” the government your hands are tied and any voice you might have is largely silenced.

For Hillary Clinton and Bill Richardson, this means that they are, for all practical purposes, out of politics for quite some time – maybe even for good.  Perhaps this is a conscious choice - maybe they have made peace with the idea that Barack Obama will be a formidable president to oppose or follow.

Whatever the case, these savvy politicians have made a serious tactical mistake if they hope to succeed their new boss in the White House, either via a failed single term, or at the end of eight years of Obama.   The cabinet is not a place for the politically ambitious – it is a pasture for the politically resigned.

The other observation I have about the make up of Mr. Obama’s emerging administration is one that has been covered to death by the pundits.  But I can’t resist a comment or two.

Mr. “Change” has turned out to have only really thus far changed one thing – his mind.  What should we make of the fact that his “new” administration looks a lot like the third Clinton term he derided while campaigning against Hillary?  And what’s the deal with keeping some of the Bush people in key posts?

The answer is obvious.  President-Elect Barack Obama is not a messiah, nor is he a man who will usher in a new golden era of non-political post-partisanship.   The fact is that he is every bit a politician.

And he is a very good politician at that – at least thus far.  He is showing himself to be much more pragmatic than idealistic.  He may not be in bed with the bad stuff coming out of Chicago these days, but he did learn the game there.

In fairness, there is historical precedent for someone coming from a place where corrupt politics reigned, yet emerging untainted.   His name was Harry Truman, who rose to power with the help of a notorious Kansas City machine, but who proved himself to be a man of courage and integrity.  This reference point should be kept in mind before many rush to judgment and try to tie the president-elect to anything before all the facts come out.

One of Mr. Obama’s heroes – John F. Kennedy – campaigned in 1960 on the promise to get the country “moving again.”  But among his first appointments after he was elected (much to the chagrin of many who had voted for his promise of change) were J. Edgar Hoover to remain at the FBI and Allen Dulles at CIA.

Putting a cabinet team together is harder to do than it is to promise.  Most presidential victors realize this early on.  A close look at new presidents putting teams together yields many stories about surprises and notable oversights.

When Jack Kennedy decided (strongly influenced by dear-old-dad) to appoint his younger brother Bobby as Attorney General (though RFK was anemic in the legal experience department), he knew it would be controversial.  He joked: “Well, I think I’ll open the door of the Georgetown house some morning about 2:00 A.M., look up and down the street, and, if there’s no one there, I’ll whisper, ‘It’s Bobby.’”

The actual announcement was not made that way – but JFK did tell his brother to comb his messy hair to look more grown up before meeting the press.

Nixon did, however, tap George Romney – the rival who just 18 months before was the number one contender for the Republican nomination – to serve as his Secretary of Housing and Urban Development.  Romney accepted and faded away politically.