David Limbaugh
|
Posted: Sep 09, 2016 12:01 AM
Share   Tweet
The opinions expressed by columnists are their own and do not necessarily represent the views of Townhall.com. 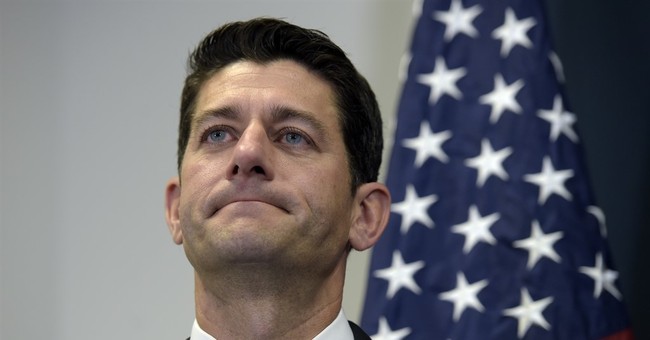 Trending
Are you as sick as I am of seeing the tedious finger-pointing between never-Trumpers and certain Republicans who have decided -- many reluctantly -- to vote for Donald Trump?

I assume that most people on both sides are in good faith and are doing what they believe is in the nation's best interests. I wish people would quit judging the others as immoral or sellouts. That's a bit presumptuous and self-congratulatory for my tastes.

I doubt that many people outside the commentator universe are agonizing over the decision to the extent the "professionals" are. To most Republicans and conservatives, voting for Trump over Hillary Clinton is a no-brainer, even if they find Trump distasteful, unpredictable and significantly unreliable.

I was a vocal supporter of Ted Cruz's and don't slightly regret it, mainly because I believe that most politically related problems plaguing the nation stem from our abandonment of the Constitution and that the best remedy for them is to restore constitutional principles and advance policies based on them. I believe that authentic, constitutional conservatism has not been tried for too long and that Cruz would have brought it.

But Cruz lost. Trump won. And either he or Clinton will be the next president. There's nothing I can do to change that, but there is something I can do to help affect, however slightly, the outcome of the election. That something is my vote. Abstaining or voting for a fantasy candidate will help Clinton. We can argue logical fallacies all day long, but I have only one option if I want my vote to contribute to Clinton's defeat, and that is to vote for Trump.

I can't see myself being a cheerleader for Trump, but having made my decision on the basis of the nation's best interests, I do want to do my small part to help him put his best foot forward and to nudge him toward doing the right things and implementing the correct policy prescriptions should he prevail.

So when I see an improvement in his demeanor and his approach, when I see him making good, substantive speeches on national security and other subjects, my pride does not interfere with my applauding those developments. Maybe I'm rationalizing, but this may signal that he is listening to the right people and that he will follow through on these ideas.

Even if you doubt Trump's genuine commitment to conservative policies, remember that he has many incentives to implement our policies. Apart from a few issues, his supporters want him to govern like a conservative, and he knows he'll never appease the rabid left.

Regardless, I have no doubt that he'd govern infinitely more conservatively than Clinton. Remember, if Clinton were to win, not only would she govern as an ultra-leftist (Barack Obama on stilts) but also her constituency groups would urge her to go further left, rewarding her for doing so and punishing her for deviating. The electorate has changed enough now that she doesn't usually even bother pretending to be moderate. That should scare all of us.

As for the never-Trumpers, I believe there are different types among them. Some are more conservative and closer to being constitutional purists -- many, but not all, of whom voted for Cruz. They share the frustration that many original Trump supporters have with so-called establishment Republicans. They have seen our predicament as perilous, with the nation facing a number of real, existential threats. But they are apparently convinced that the nation's plight isn't so dire as some of the rest of us believe it is, that we could survive a Hillary Clinton term and that the best chance of saving the nation in the long run is to avoid elevating Trump to president and leader of the party because he could forever destroy conservatism and the Republican brand.

I can relate to those arguments and have even made them myself in earlier discussions. But in the end, I think our situation is so precarious that if we elected Clinton, we might never again have the luxury of worrying about the viability of conservatism or the Republican Party. If we lost the borders issue alone, we might never win another election. If Clinton were to appoint one or more Supreme Court justices, there's no limit to the damage the court could do to the Constitution, which is already in trouble. If we keep pretending we are not at war with terrorists and continue to degrade our military, we will be inviting further attacks at home and the triumph of evil abroad. And on and on.

So once Cruz lost, I concluded we have to cut our losses and try to save the nation, however imperfectly we do it. In the process, we can remain constitutional watchdogs and advocates and lobby and pressure Trump to pursue conservative policies.

Other never-Trumpers, the establishment types, have never seemed as alarmed about Obama's destruction of this nation. They haven't seen the urgency, and they believe that establishment Republicans have been unfairly criticized for not doing enough to oppose and stop Obama. Some of them apparently see a Clinton presidency as just another day at the office or are convinced Trump would be so bad that Clinton couldn't be worse, which is hard for me to wrap my head around. Many of them have contempt for the Cruz types because they believe that Cruz was opportunistically chasing after rainbows, for example, in his willingness to fight Obama to the point of a government shutdown. They don't share the grass roots' frustrations with Republicans and therefore don't grasp that their complacency contributed to the rise of Trump. What an irony!

I don't agree, however, with those avid Trump supporters who blame conservatism or conservatives for Obama and the left's successes. Conservatism shouldn't be tainted by the failures of those who falsely call themselves conservatives to win elections or lack courage to stand up to Democrats and the media. Conservatism itself, and true conservatives advancing it, is still the answer. But even true conservatives, going forward, must take a page out of Trump's playbook in fighting back against political correctness (when he has actually and properly done so) and in counterattacking the ruthless left without fear of being shunned as mean-spirited.

But for now, we have two -- and only two -- choices. To say otherwise is to fool ourselves. I choose to proceed optimistically, with the prayer that Donald Trump will implement mostly conservative ideas and help stop the bleeding with regard to our borders, our courts, our tax and regulatory systems, and our national security. I know for a fact that Hillary Clinton would not do so.

I respect the never-Trumpers and will not presume to judge them as abandoning the nation's best interests, and I hope they will accord people like me the same consideration -- realizing that we have the same goals but disagree on how to reach them.