David Limbaugh
|
Posted: Mar 29, 2016 12:01 AM
Share   Tweet
The opinions expressed by columnists are their own and do not necessarily represent the views of Townhall.com. 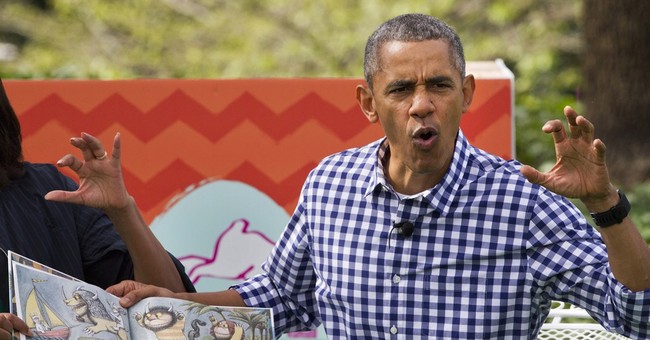 Trending
Conservatives and other Obama critics are entitled to a big "I told you so," after Obama's stunning admission that he doesn't believe there's that much difference between communism and capitalism.

Actually, it's not that stunning to people paying attention. Many of us warned about Obama's Marxist sympathies before he was first elected president, and we've repeatedly pointed it out during his presidency. Obama was raised and mentored by communists and spent many years engaged in community organizing (radical leftist activism). He established himself as the most liberal member of the Senate. Yet our warnings were met with cries of extremism, irrationality and, of course, racism. I wonder what these scolds would say now.

After playing his fiddle in Cuba and paying homage to the romanticized Marxist Castro regime while Belgium was burning, Obama spoke to a group of young people in Argentina. He told them, essentially, that there isn't much difference between capitalism and socialism and that they "should be practical." He said: "You don't have to worry about whether it neatly fits into socialist theory or capitalist theory. You should just decide what works."

He praised President Raul Castro in Cuba for his country's universal health care and quality education. Please don't tell me you find that hard to believe, either.

Such extreme leftists as Obama are bound to ignore history and the mountains of evidence that render a verdict against socialism as a destroyer of prosperity and an enslaver and slayer of mankind. Their worldview compels them to advocate economic and political control over the masses for the ends they seek, and they shut themselves off from all information indicating that to exercise such control over markets prevents the very results they profess to seek.

Robert Bartley, late Wall Street Journal editor, said, "In general, 'the market' is smarter than the smartest of its individual participants." This was a modern restatement of Adam Smith's theories concerning the invisible hand of the market.

In "The Wealth of Nations," Smith wrote that an individual who "intends only his own gain" is "led by an invisible hand to promote an end which was no part of his intention." He added: "By pursuing his own interest he frequently promotes that of the society more effectually than when he really intends to promote it. I have never known much good done by those who affected to trade for the public good."

The great Milton Friedman explained: "Smith's key insight was that both parties to an exchange can benefit and that, so long as cooperation is strictly voluntary, no exchange will take place unless both parties do benefit. No external force, no coercion, no violation of freedom is necessary to produce cooperation among individuals all of whom can benefit."

Smith, Friedman and Bartley agreed that free market competition benefits individuals and the society as a whole and that there is no way a command economy, even managed by the most brilliant and beneficent of human beings, can possibly bring about comparable results.

Faith in Marxism, communism and socialism is grounded in human pride and promoted by people who believe they can defy the forces of human nature and the way the world works. Despite their hubris, it is impossible for a group of economic planners, no matter how gifted, to assimilate and utilize the infinite data necessary to make an economy run efficiently. In a free market, prices, profits and losses work in ways planners can't.

Thomas Sowell, in "Basic Economics," tells us: "Prices are not just ways of transferring money. Their primary role is to provide financial incentives to affect behavior in the use of resources and their resulting products. Prices not only guide consumers, they guide producers as well. ... Producers cannot possibly know what millions of different consumers want." Sowell adds that losses are equally important to profits for economic efficiency because they "tell producers what to stop doing -- what to stop producing, where to stop putting resources, what to stop investing in. Losses force the producers to stop producing what consumers don't want."

Sowell notes that in allocating resources, command economies stifle the work of free market prices because in a command economy, prices are set not by supply and demand but by central planners. In other words, no matter how noble their goals, the planners lack the omniscience of market forces.

People with a modicum of common sense and basic fairness must acknowledge that among the reasons the United States has been uniquely prosperous is its free market system. They must also concede that socialism results in widespread poverty, misery and death. It has been estimated that in the 20th century, communist regimes in China, the Soviet Union, Cambodia, North Korea, Eastern Europe and elsewhere killed nearly 100 million people.

Yet our president is gallivanting about the globe telling young people and anyone else who'll listen that there isn't a dime's worth of difference between communism and capitalism.

This kind of pernicious thinking is what is leading to the impoverishment and destruction of the United States, and it must be defeated, which is why in November, we must elect a candidate who clearly understands the relationship among limited government, our liberties and prosperity. The one candidate who believes that our unalienable rights come from God and that they are preserved by the scheme of limited government enshrined in the U.S. Constitution is Sen. Ted Cruz.