The Left Is Not About To Waste This 'Crisis' 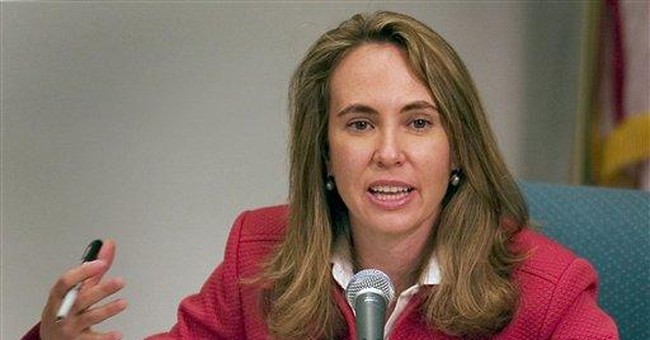 Theme: The left's immediate reaction to the Arizona shooting proves, again, that it will not forgo any chance to exploit a tragedy ("crisis"). Minor theme: In the process, mostly through projection of its own perversions, it is setting records for hypocrisy, irrationality and unfairness.

Politico reported that after the shootings, one veteran Democratic operative said that President Obama should "deftly pin this on the tea partiers. Just like the Clinton White House deftly pinned the Oklahoma City bombing on the militia and anti-government people."

Newsweek's Jonathan Alter similarly wrote, "Can Obama Turn Tragedy Into Triumph?" "Just as Bill Clinton's response to the 1995 Oklahoma City bombings helped him recover from his defeat in the 1994 midterms, so this episode may help Obama change -- at least in the short term -- the trajectory of American politics." Clinton, said Alter, "was able to use the event to ... tamp down hate speech on talk radio."

So here we have Alter bragging about Clinton's egregious smear of conservative radio, which to him equals "hate speech," by suggesting it fueled Timothy McVeigh's homicides and urging Obama to try that same tactic against his critics today.

Beyond the drive for selective censorship, liberals also seek to leverage the shootings to advance their causes of gun control and even Obamacare. As for the latter, former Democratic Sen. Bob Kerrey, out of whole cloth, opined that Jared Loughner, the suspect in Arizona, was partially motivated by his anger over the GOP's move to repeal Obamacare.

They are uniformly wringing their hands over Sarah Palin's supposedly violent imagery in "targeting" Democratic congressmen for defeat with "cross hairs" on an electoral map, saying this kind of language not just could lead to violence but actually contributed to Loughner's violent mindset.

Let's put aside, for now, the unhinged left's ongoing violent rhetoric and imagery against former President George W. Bush, Palin, conservative talkers and others on the right. Let's put aside that if certain rhetoric causes violence, then liberals' false depictions of Palin as advocating violence or their fraudulently smearing Rush Limbaugh as a racist based on manufactured stories could lead to violence. Finally, let's put aside that notorious liberal Markos Moulitsas, the founder of the Daily Kos, targeted Rep. Gabrielle Giffords for defeat using the term "bull's-eye" and that another Daily Kos contributor wrote, "My CongressWOMAN voted against Nancy Pelosi! And is now DEAD to me!"

Instead, let's focus on the left's accusation. It is patently ridiculous and puerile. No intellectually honest person believes that Sarah Palin had violence on her mind in using that imagery or that her words could be fairly construed to promote violence. More importantly, liberals know that neither Palin's "maps" nor rhetoric had anything to do with the mass murder. Therefore, it is irresponsible and incendiary for any of them to make this suggestion.

But they're going way beyond making the suggestion. Pima County Sheriff Clarence Dupnik blamed Palin and Sharron Angle and refused to back down when confronted about having not a scintilla of proof to support his slander.

And no less a Democratic luminary than former senator and presidential candidate Gary Hart wrote, "Gradually, over time, political rhetoric used by politicians and the media has become more inflammatory. ... Today we have seen the results of this rhetoric. Those with a megaphone, whether provided by public office or a media outlet, have responsibilities. They cannot avoid the consequences of their blatant efforts to inflame, anger, and outrage."

"Today we have seen the results of this rhetoric"? Is Hart completely oblivious to his rank hypocrisy? He had no proof that inflammatory rhetoric from anyone -- left, right or apolitical -- had anything to do with the shootings, yet with his own irresponsible rhetoric, he made a clear causal connection between conservative rhetoric and the murders. (He also made clear that he had right-wing rhetoric in mind: "in the name of the Constitution" and "patriotism.")

In all likelihood, this terribly sad and tragic event was not politically motivated at all, at least not by either particularly conservative or liberal ideas. What is political is the left's unconscionable scheme to exploit the tragedy for political gain by using it to demonize and silence opponents and intimidate them from effectively blocking Obama's radical agenda. Republican congressmen must respectfully push forward with the same intensity they've finally been exhibiting, unencumbered by the leftists' sordid efforts to paralyze them.