It's Not the Economy, Stupid! It's National Survival! 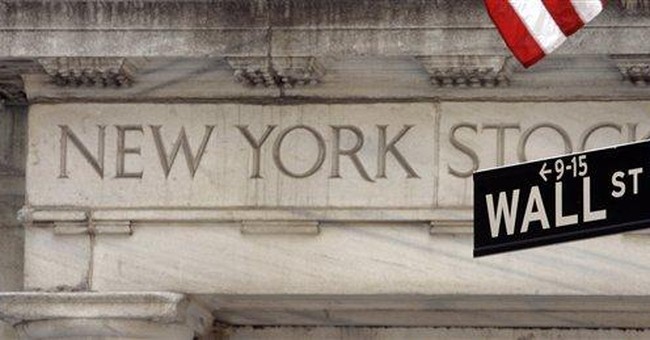 The Washington Post's Dan Balz thinks that "with new priorities, Obama and Democrats can recover in 2010." Sorry, Dan; it's about more than priorities. It's a matter of their worldview.

Balz dutifully cites "the size of the problems President Obama inherited" and "the battles he chose to take on during his first year" as mitigating factors that may lead to the public's understanding and allow Obama an opportunity to hit "the reset button."

Balz says Obama's advisers believe he can "pivot" in the first few months of 2010 and restore his standing with the American people. Balz offers four "elements" that "might allow that to happen": refocus on the economy; move Congress offstage; get serious about the deficit and spending; and avoid overloading the circuits.

First, Obama's free-falling approval ratings are not a result of problems he inherited. How long are he and his liberal media shills going to milk this "blame Bush" mantra like a bunch of reprobate school kids? Balz is onto something, however, in citing "the battles he chose to take on during his first year." But he's wrong that it is a mitigating factor.

Let me throw out something that's a bit counterintuitive. I don't believe the public has lost faith in Obama over the economy. And the public's angst is about more than just its losing faith in him.

The public is scared to death -- not about the ebbs and flows of the economy in the short term, but about the very survival of the country -- because of the reckless spending policies Obama is deliberately pursuing and the other "elements" of his destructive agenda to remake America in his image -- including going soft on terrorism.

What Balz needs to get through his head -- and then share with his impervious colleagues -- is that Obama didn't undertake his radical agenda to turn America into a full-blown socialist state because of "the size of the problems (he) inherited." That was just a convenient excuse.

He has been groomed, mentored and polished for this very task since he was a little boy. He is taking out his grudge against America, an America he views as fundamentally unfair, inequitable, imperialistic and exploitive, but as a powerful resource for change -- if only he can fundamentally transform it.

I might remind Mr. Balz that Obama's agenda didn't significantly change with the unfolding of the financial crisis that led to TARP. He has had his sights on a single-payer health care system for years. He had plans to "spread the wealth around" long before TARP became an acronym. He and his wife were trashing America as arrogant and dismissive long before this economic crisis fell into their laps just months before the 2008 election.

So, yes, Obama's standing with the American people is related to "the battles he chose to take on during his first year," but not in a positive way. Those battles don't qualify as mitigating factors, Mr. Balz, because they were undertaken not to improve the economy, but to consummate, in substance, a Cold War victory for the communists after they had otherwise been defeated.

The fainthearted among us can blanch at the suggestion that Obama is a Marxist -- and accuse me of name-calling or incivility -- but my intention is not to inflame. It is to communicate the truth in accurate terms to help people understand the magnitude of the threat we face by this assault on our liberties.

Obama didn't impose his Draconian stimulus bill or omnibus spending bills to jump-start the economy. He did it to transfer wealth and establish slush funds for re-election. He didn't push cap and trade to reduce "global warming," but to bring America down to size with the "underdeveloped" nations of the world. He didn't obsessively promote Obamacare to improve the economy, "bend the cost curve" (what a joke!), achieve universal coverage or improve the quality of health care. He did it to amplify the federal government's power over all aspects of our lives.

Mr. Balz, wake up. Obama isn't even trying to "get serious about the deficit and spending." That's a cruel ruse. Look at his projected deficits in the out-years. He is planning on deficits in excess of a trillion dollars from here forward, even after the economy fully recovers.

The country cannot sustain this. The public knows it and is outraged and horrified by it. Our children cannot live in freedom if this insane recklessness is not stopped. It's not about the economy, stupid! It's about the survival of this great nation.

Impeachment Trial: The Democrat-Media Leak Playbook Exposed
Redstate
Did Buttigieg tell a pro-life Democrat that the party has no room for her?
Hotair