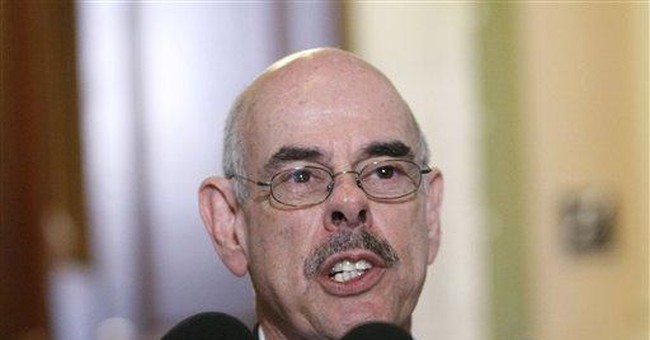 There is still time to stop the legislative monstrosity known as the Waxman-Markey cap-and-trade bill before the Senate approves it. But for that to happen, Americans must learn how bad it is.

Even if we accept, for purposes of argument, the assumptions of radical, hysterical leftist environmentalists that man-caused global warming will destroy the planet if evil, rich capitalists don't radically curtail their own contributions to the catastrophe, Waxman-Markey would not prevent this Armageddon.

Climate scientist Chip Knappenberger, of New Hope Environmental Services, calculates that the bill would only reduce Earth's temperature by 0.1 to 0.2 degree Celsius by 2100. The Heritage Foundation's Ben Lieberman says he's found no "decent refutation of the assertion that the temperature impact would be inconsequential."

Unfortunately, the bill's negative impact on the economy would not be inconsequential. Lieberman says the bill would cause estimated job losses averaging about 1.15 million from 2012-2030, and the cumulative projected loss in gross domestic product would be almost $10 trillion by 2035. The national debt from this bill alone, disregarding the multiple bailouts, stimulus packages and health care "reform," would increase by 2035 for a family of four by 26 percent, or $115,000.

Heritage is not alone in making these claims. The far more liberal Brookings Institution estimates the bill would cost 1.8 percent of GDP in 2035 and 2.5 percent by 2050. Heritage's "Foundry" blog concludes, "Economists from liberal think tanks, conservative think tanks, and industry associations agree that Waxman-Markey will reduce income by hundreds of billions of dollars per year."

These facts are enough to make you question why people aren't threatening a sit-in in the Senate until this recklessness stops. But there are other things about the bill you should know -- just in case you have an unusually high outrage tolerance:

--As noted, the bill contains a hidden provision establishing unemployment benefits for up to three full years for workers displaced as a result of this "job creations" bill, as well as health insurance premium subsidies and $1,500 each for job search and relocation expenses -- all at taxpayers' expense.

--The American Issues Project has exposed Section 204 of the bill, called the "Building Energy Performance Labeling Program," which gives the federal government unprecedented authority over your home. AIP says the section mandates that new homes be 30 percent more energy-efficient than the current building code on the very day the law is signed. The requirement increases to 50 percent by 2014 and continues to increase until 2030.

--The program would also affect existing properties you already own. It requires states to label residential and nonresidential buildings based on their efficiency ratings and to publicize this information. This will lead to "a number of circumstances under which the states could inspect a building," such as if you want to renovate your house in a way that requires a building permit, sell your house, or change the name of the person responsible for paying its utilities. The federal commissars, in their infinite compassion with other people's money, have also set aside a fund to help homeowners retrofit their properties. Of course, there's a formula, to be administered by the bureaucratocracy. The more radically you purify your property the more "awards" you receive -- up to $12,200. Be aware, though, that further fine print requires the property owner to pay at least half of these retrofitting costs, no matter how much their "awards" from the government. I suppose this is the Marxists' nod to self-reliance and fiscal responsibility.

--The bill is so egregiously obscene that even the strong Democratic majority in the House couldn't have passed it without bribing some recalcitrant representatives -- also with our money. To buy, er, secure Ohio Rep. Marcy Kaptur's vote, they offered a new federal power authority, which, according to The Washington Times, is "stocked with up to $3.5 billion in taxpayer money available for lending to renewable energy and economic development projects in Ohio and other Midwestern states." Just swell.

--In addition to all the economic destruction the bill would cause, in the end, it is not so much about global warming as Obaman wealth redistribution. "The Foundry" says Obama's own budget "promises to raise $650 billion in revenues by selling carbon permits (which are the exact same thing as an energy tax)," only $150 billion of which will go to alternative energy production. The rest will be redistributed to people who "don't pay income taxes."

The Founding Fathers and our fathers are rolling over in their graves as this great country voluntarily abandons its dreams of equal opportunity, achievement and prosperity and sows the seeds of its own destruction.