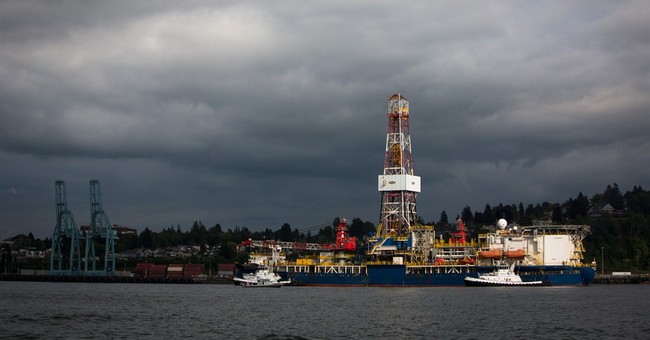 A new trio of polls shows what’ll be at the top of Americans’ minds when they hit the voting booths next year to elect a new commander-in-chief – energy production.

Surveys administered recently by Consumer Energy Alliance show that more than 80 percent of voters in Iowa, New Hampshire andSouth Carolina – the first three primary states – said that candidates’ energy policy would be a key decision point on how they vote next year. This resonated not only with Republicans but also with Democrats and the much-coveted Independents.

It’s hard to come any closer to showing cross-party unity on an issue than that.

This realization probably comes as a surprise for very few. Energy policies significantly impact the pocketbooks of everyday Americans. All consumers, regardless of party affiliation, want to ensure stable and low prices for all forms of energy, and the energy sector continues to be the most significant pillar of the strengthening economy.

What is likely surprising for many is where voters in Iowa, New Hampshire and South Carolina suggest energy policy will be crucial: the U.S. waters in the Arctic, a resources-rich region thousands of miles away from each respective state. Support for offshore energy development in the Arctic Circle dwarfed its opposition by substantial double-digit percentage points in all three states.

What voters want to know – and what each candidate will have to answer – is how they, if elected president, will utilize the U.S. Arctic to expand the nation’s record-setting energy renaissance, which has resurrected the U.S. economy by mass-producing jobs and helping make the U.S. a worldwide energy leader.

Some continue to try to make the Arctic a hot-button issue geopolitically because of its immense untapped oil and gas potential, especially in its offshore areas, and its beautiful geography. Yet it is interesting to note that in poll after poll after poll an overwhelming majority of Alaskans support energy development in their state.

An assessment by the U.S. Bureau of Ocean Energy Management concluded that the Alaska Outer Continental Shelf (OCS) has about 27 billion barrels of oil and 132 trillion cubic feet of natural gas. To put the estimated resources into perspective, that oil could fuel every domestic flight for over 120 years, and the natural gas could heat every American house for more than 30 years.

Overall, the Arctic holds 30 percent of the world’s undiscovered natural gas and 13 percent of its undiscovered oil. Furthermore, the Chukchi Sea, off Alaska’s northwest coast, offers more resources than any other undeveloped U.S. energy basin. Experts believe it may be one of the largest untapped oil and gas sources in the world.

The National Petroleum Council (NPC), an advisory council to the U.S. Department of Energy, says that the development of these resources would not only create more jobs nationwide, but it would also generate billions in additional revenue while keeping domestic energy production high and consumer costs and imports low. These resources would also help pull Alaska out of its multibillion-dollar budget shortfall and extend the longevity of the Trans-Alaska Pipeline System (TAPS), a major energy artery for the lower 48 states and the energy-guzzling West Coast that continues to be hampered by declining throughput.

These polling results illustrate how the majority of American consumers support a common sense energy policy that includes Arctic offshore energy exploration. Another poll, taken late last year, shows that most Alaskans, whose state is funded almost entirely by the petroleum industry, strongly echo these sentiments.

Now the White House – which just gave conditional approval to drill in the Arctic this summer – might be following the trend.

“When it can be done safely and appropriately, U.S. production of oil and natural gas is important,” said President Obama. “I would rather us – with all the safeguards and standards that we have – be producing our oil and gas, rather than importing it, which is bad for our people, but is also potentially purchased from places that have much lower environmental standards than we do.”

We at Consumer Energy Alliance could not agree more. With overwhelming public support for offshore development in the U.S. Arctic and the importance of the region to our energy and economic security, we hope the Administration implements President Obama’s vision by taking the steps necessary for U.S. Arctic development to commence and that the next President follows suit.