The Most Radical Abortion Law in the Nation

David Harsanyi
|
Posted: Apr 08, 2022 12:01 AM
Share   Tweet
The opinions expressed by columnists are their own and do not necessarily represent the views of Townhall.com. 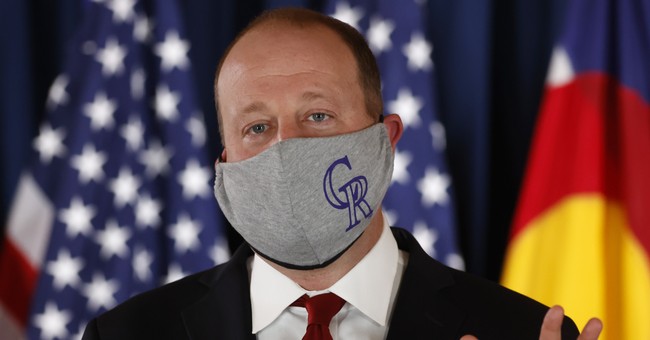 Jared Polis is often portrayed as a rational liberal whom the Democratic Party would be wise to emulate. One political writer recently argued that the Colorado governor was a "model of how you can build a coalition of the normal and decent." It's true that Polis was one of the first Democrats to shed the hysterical federal COVID regime. And his occasional pushback against fringe progressive economic ideas -- the norm among Western Democrats not that long ago -- certainly makes him seem less radical. Yet his support for what is likely the most extreme abortion law in America, maybe the world, should put an end to any talk about national office.

Colorado's new law doesn't merely allow abortion of viable babies, for any reason, until crowning; it makes eugenic arguments about the "social, moral, and economic benefits" of not having children, as if any law or regulation compels anyone to do so. The debate, lest it be repeated, is over when life is worth protecting. According to Colorado, which has no fetal-protection laws either, an unborn baby is never considered a life -- so you can stop playing them that Baby Mozart.

Colorado's new maximalist law not only ignores scientific and moral questions surrounding viability -- which even Casey and Roe dealt with -- it preventatively ensures that a "fetus does not have independent or derivative rights under the laws of the state," stripping the unborn of any legal protection, in any circumstance. (Yes, third-trimester abortions are "rare." Only around 10,000 of them are performed every year -- so not rare enough. Warren Hern has been aborting completely viable babies in Boulder for decades; and surely, with even fewer restrictions, there will be another degenerate to take his place when he's gone.)

The Colorado law also conflates the termination of an inconvenient life with a "fundamental right to use or refuse contraception," a privilege no one is challenging. Treating abortion as if it holds the same societal cost and moral weight as buying a condom at CVS demonstrates the frivolous attitude the Left has taken, despite the law's perfunctory pablum about it being a "serious decision" that should "remain between a person, their doctor, and their faith."

Then again, the bill also betrays a frivolous radicalism by adopting pseudoscientific woke language. It refers to "pregnant individual(s)" rather than women.

Most headlines regarding the law were along the lines of "Colorado governor signs bill codifying the right to abortion in state law," when a more precise wording would be "Colorado governor signs law codifying abortion under any circumstance until crowning." Hiding the intent of abortion laws, pro or con, has become a political compulsion of the media. Why? Because since 1973, Gallup has found that the number of Americans who believe abortion should be legal "under any circumstance" remains between 22% and 34%. Yet this is the position of the contemporary Democratic Party (which is more predisposed to making exceptions for post-birth abortions than limiting late-term procedures). Nearly every poll that asks voters about post-viable abortions finds that they are deeply unpopular. That fact alone doesn't make the procedure right or wrong. (It remains a homicide with or without democratic support.) But you would never know it from the coverage.