David Harsanyi  |  Oct 06, 2010
The opinions expressed by columnists are their own and do not necessarily represent the views of Townhall.com.
Top Columns
Trending on Townhall Media 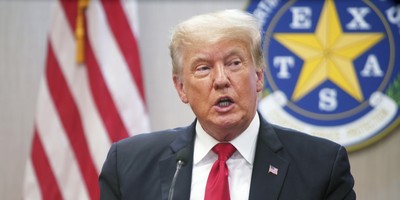 At the risk of sounding melodramatic, I just wonder: If a president -- any president -- has the authority to order the assassination of a U.S. citizen without oversight, what exactly can't a president do?

Now, as a matter of foreign policy, I am quite comfortable when Islamic extremists, militants and terrorists meet their atomized ends through the work of unmanned flying contraptions operated remotely by the U.S. government.

Then again, I can also unequivocally state that the thought of an American citizen's being placed on one of these terrorist hit lists without due process of law or any oversight is one that I find disconcerting.

My unease over the case of Anwar Awlaki -- an American citizen penciled in for targeted assassination by the Obama administration -- isn't based on any conspiratorial daydreams about Barack Obama's wanting to randomly knock off citizens. There is no doubt, in fact, that Awlaki is a despicable character, a member of radical Islamic networks, dangerous and deserving of a gruesome fate.

In other words, the administration has a straightforward case to make. Yet when Awlaki's father asked a court to enjoin the president from killing his despicable son, the administration asked the court to dismiss the lawsuit without hearing the merits of the case by invoking "state secrets."

With that, the Obama administration argued that the president should be empowered to order the execution of a U.S. citizen -- outside a war zone and without exhibiting an imminent threat to other citizens -- without any oversight from the judicial or legislative branch of government. And by using the protection-of-state-secrets argument, the administration is also asserting that the public has no right to know why.

Granted, I am not a constitutional expert. I simply assumed that somewhere in the founding documents, it states that a citizen cannot be whacked without a trial.

If Awlaki is an enemy of the United States, a seditious and murderous traitor, there are legal avenues to make the case. As Kevin D. Williamson of National Review Online recently wrote, "the penalty for treason is not assassination without trial, and there is nothing in our Constitution or tradition to suggest that it is."

Or the administration can make the case that Awlaki, because of his actions, is a danger to the nation and should be stripped of his U.S. citizenship. If the man deserves a drone strike, surely he doesn't deserve his citizenship.

What do we know for sure about Awlaki? He's a homegrown radical who likes to issue fatwas and probably recruits other Americans to the Dark Side. There has to be much more to his story.

Clearly, there are legitimate uses for state secrets during a time of war. But let's face it; we are in perpetual war. If conservatives oppose the intrusive domestic policy of this administration, it defies logic for them not to question a unilateral decision that abuses state power -- even if the decision is helpful in a cause they deeply believe in. Does the cause of national security overpower any concern?

As for liberals, it seems that once Barack Obama ascended to the presidency, the urgent need to protect our "civil rights" from the Hitlerish previous president lost a lot of steam. This administration has done virtually nothing to change the way we do business.

Should Awlaki meet a martyr's end on a battlefield or during the weekly meeting of evil terrorist masterminds in a grotto in Yemen, it would be nothing less than a victory for humankind.

But that's not the issue.