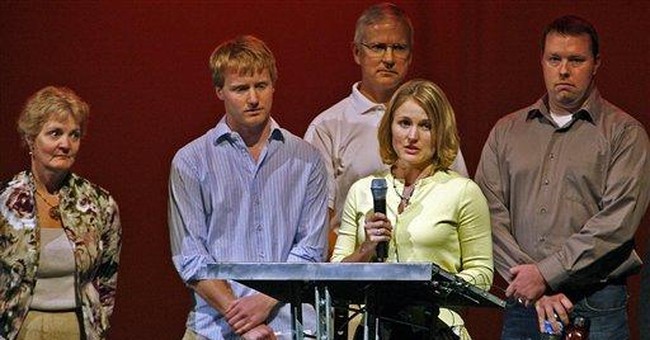 The first case of prostitution probably dates back to the Paleolithic era, and the last instance of quid pro sexus most likely will take place whenever it is that human civilization finally expires.

So the crusade by 40 state attorney generals and other opportunistic politicians to control language on Craigslist -- and social networking sites, such as MySpace -- will have only long-term implications for free speech on the Internet.

This crime provided the opportunity for a number of state officials not only to imply that the site was generating criminal behavior but also to dictate what is permissible speech on the site.

Craigslist finally surrendered to the mounting pressure and will begin manual screening of an "adult" section and ban any "ads suggesting or implying an exchange of sexual favors for money … pornographic images, or images suggestive of an offer of sexual favors."

Obviously, it is the right of Craigslist to monitor content. But just as obviously, this change in policy was precipitated by the force and threats of government. Now merely "implying" illegal behavior or having participants meet on a site and later engage in illegal behavior is enough for attorney generals to threaten legal action. And what exactly did this victory over Craigslist accomplish?

Even if you don't believe, as I do, that consenting adults should be able to engage in any sexual relationship (even ones involving cash payouts) without interference, you probably still could concede that prostitutes meeting their johns online rather than on street corners is safer for them and healthier for all of us.

Moreover, about 20 million pages are viewed on Craigslist every month. The number of criminal incidents springing from activity on the site is miniscule -- or, I suspect, percentagewise, comparable to how many crimes stem from telephone calls, texting or smoke signals.

Finally, does any reasonable person believe that a murderer or pedophile will be dissuaded from his calling by this new policy?

Nevertheless, attempts to control Internet speech (in the end, impossible) are picking up pace.

Take, for instance, the 2006 tragic suicide of Megan Meier, who killed herself after being harassed on MySpace. It has led to a frightening attempt to crack down on speech. The Megan Meier Cyberbullying Prevention Act was introduced in the House of Representatives last month by Rep. Linda Sanchez, D-Calif.

Exploiting the suicide of a young girl, this proposed law would punish anyone who "transmits … communication, with the intent to coerce, intimidate, harass, or cause substantial emotional distress to a person, using … email, instant messaging, blogs, websites, telephones, (or) text messages … to support severe, repeated, and hostile behavior."

Imagine the wide-ranging latitude law enforcement would have in applying a law that allows them to judge "intent" and discern what is "hostile" language online.

How many e-mails, comment sections and blogs would fall under this category? How easy would it be to use this law to threaten political opponents or stifle debate?

Now, however serious the problems of "cyberbullying" or prostitution happen to be -- and I believe they are wildly exaggerated -- it's attacks on free expression that should cause us emotional distress.