Lenin or Lennon, It Still Stinks 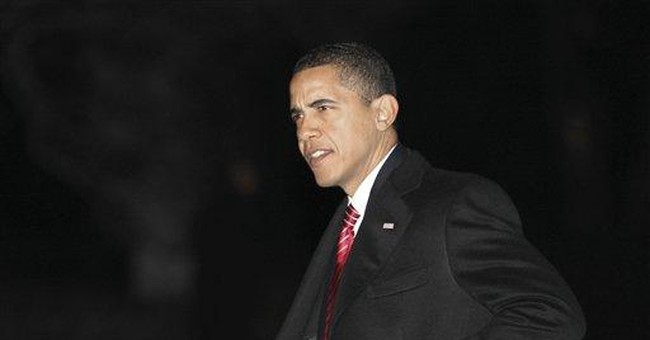 Many Americans would agree that executives who accepted government bailouts should be huddled around chipped Formica tables at the Wichita Super 8 conference room rather than congregating at plush Las Vegas retreats.

But is it possible to place our frustration with corporate tone-deafness aside and be mildly troubled by the rigorous control Washington has seized by feeding on the fears and bloodlust of terrified citizens?

Why did we just allow the president to dictate the pay scale of private citizens working in the private sector?

If your answer is that those executives who take (and sometimes beg for) government assistance should be prepared to suck it up (and the salary cap bill is more political grandstanding than substantive capping), you are almost certainly morally accurate.

However, in Obama's trillion-dollar so-called stimulus plan rushing through Congress, nearly every sector of the economy will, at one point, allegedly have benefited from taxpayer bounty. Does this mean that all industries can be subjected to similar central control? And will D.C. continue to preordain economic winners, as it does in energy policy? Will it dictate the sorts of products industries must produce, as it does in the car industry?

To paraphrase Obama's chief of staff, Rahm Emanuel, no serious crisis ever should go to waste. And this week, it was reported that House Financial Services Committee Chairman Barney Frank, whose hands are all over the housing end of this mess, said that Congress also would look into extending compensation caps to all businesses.

Obama stated that Wall Street execs will have a time "to make profits." He went on: "And there will be time for them to get bonuses. Now is not that time. And that's a message that I intend to send directly to them." On hearing Obama's comment, Jim Cramer, a well-known financial analyst, said (or, rather, yelled): "Let me tell you something; we heard Lenin." (Or maybe he meant Lennon. "Imagine no possessions"!)

Now, admittedly, Cramer can be a tad bit hyperbolic. And though we didn't hear Vladimir Ilyich, we are hearing the creeping sound of centralized Western European top-down economics, which must be a wonderful system because even with all the glorious over-regulations, there is a deep recession there, too.

Obama and Frank, men who have managed a total of zero businesses between them, believe they have the fiscal acumen to dictate when profits should be made in the (no-longer-very-free) market. What happens when the next president -- one you might not have the same unfathomable adoration for -- begins injunctions on profit? Well, then, I suppose, we can call it an abuse of executive power.

In a Washington Post op-ed this week, Obama, who quickly has transformed from an inspirational candidate to the pessimist in chief, admitted that his spending plan "is more than a prescription for short-term spending -- it's a strategy for America's long-term growth and opportunity in areas such as renewable energy, health care and education."

Well, then it is not a stimulus bill; it is a left-wing omnibus bill to restructure the economy without much debate. Unless you believe $4.2 billion for "neighborhood stabilization activities" -- or any of the everlasting partisan pork in the bill -- can save a job.

The executive pay cap bill may not be the end of the world. Many, though not all, executives were reckless, irresponsible and selfish. (The salary cap, incidentally, would not punish anyone retroactively, though it certainly would discourage competent CEOs from taking over troubled companies.)

Then again, what could possibly be more reckless than spending a trillion dollars you don't have on a plan that you have no evidence will work?

What could be more irresponsible than doubling the generational debt for your partisan pet projects in a time of crisis?

And what could be more selfish than stifling debate by deploying fear to induce voters into supporting it all?