A Train Wreck of Irresponsible Leadership

Dan Stein
|
Posted: Mar 13, 2021 12:01 AM
Share   Tweet
The opinions expressed by columnists are their own and do not necessarily represent the views of Townhall.com. 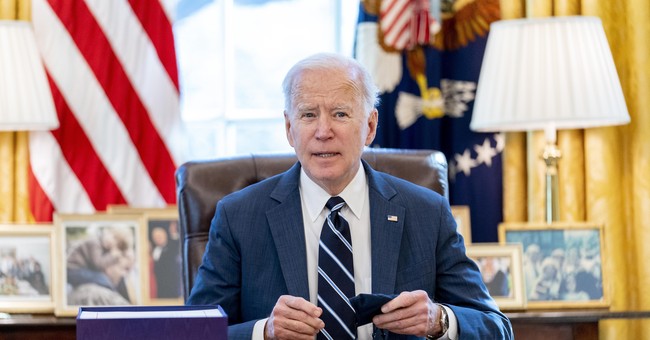 Few national policy issues have the long-term impact that immigration does. It determines our future: Quality of our schools, livability of our communities, solvency of our government, integrity of our civic culture, cohesion of our traditions and understandings, size of our carbon footprint, health of our infrastructure, equity in our labor force, the viability of the rule of law, and just about anything else of importance to the American people.  Immigration levels determine whether we can achieve population stability, or race toward an unstoppable one billion by the end of the century.

So, nothing is more heartbreaking than to watch critical policy choices being made on a partisan and politicized basis in service of short-term power objectives. That is the only explanation for the Democratic Party’s complete abandonment of even the pretense of promoting the public interest on an issue of such importance to our national cohesion. The result is producing a national catastrophe of historic proportions, and a train wreck of irresponsible leadership. A failure to uphold the laws of the United States is a serious breach of President Biden's fiduciary responsibility.

Somewhere around the middle of the 1990s, during the Clinton administration, something changed in the Democrat Party. As trade agreements were signed and organized labor died out as a political force, the Democrats decided that immigration controls should no longer impede the quest to expand a needed constituency for the future. Border controls were out, amnesty was in.

Since then, the unmistakable and polarizing trends have taken us to today—to full on border anarchy. Picking up from the Obama administration’s gradual capitulation to pressure for transformational mass migration, the Biden administration has sealed the deal – declaring a virtual end to immigration enforcement, and therefore immigration limits. Biden is actually encouraging and promoting illegal immigration as well.

The policies established since President Biden took over are contained in an array of Executive Orders or Actions, and various legislative proposals.  But they are all geared toward the same objective: Maximize migration by whatever means necessary. Unchecked, the Biden administration will be adding more than 2.4 million foreign born a year and growing.

Democrats no longer draw any distinction between citizens and those who turn up here illegally and assert a nonexistent right to stay. They are not just willing, but eager, to confer every other benefit or right conferred on those with no right to be in the country.

Maximizing poor, low skill and poorly educated migration in the 2020s will seal the deal: America, or what remains of it, will be overburdened with the resultant inequities. Education will be increasingly dysfunctional. Our politics, consumed with redistribution, will no longer be nationally competitive in any major area.

The reckless policies of the Biden administration will all but ensure this sort of dystopian future. At a time when hundreds of millions would like to move here, the president is abusing his executive power to create a system that guarantees everyone who gets here every benefit while eliminating any possibility of removal. Pandemic? No problem. You are a visa overstay?  Stay forever. Enter illegally? Stay forever. Fake asylum claim? Stay forever. Get temporary protection until it’s safe to return? Stay forever.  Come as a minor? Stay forever. Foreign student? Track to stay forever.  Temporary worker? Bring in more, stay forever, bring the family. Everyone here illegally? Bring the family. Let them bring more family. Remove country caps and lift limits on family migration.

Biden is inaugurating a permanent increase in overall immigration with no end in sight. His goal? Promote permanent power for one party while making Americans strangers in their own country.

Keep in mind that as a Senator, Biden assisted in creating the loophole that allows Central Americans to “abandon” their children to get them in the U.S. and join relatives already here. In effect, his law assists cartels in cooperating with the U.S. government in a form of legally sanctioned smuggling. Under that policy, once the cartels delivered their human cargo to our doorstep, the U.S. government stepped in to deliver unaccompanied minors to their final destination within the United States.

The fear always was that, as Biden had so little to offer in the way of dealing with the pandemic and its economic fallout, he would mollify his base on the cheap by giving away our land, jobs, and resources to those with no right to be here -- without immediate cost to himself or accountability for the consequences. Our fears were not misplaced.

The Trump administration demonstrated that immigration could be managed through effective enforcement and deterrence. Biden considers this cruel. No, what is cruel is sabotaging our immigration laws, and stripping the American people of any ability to determine their future. What is cruel is disparaging all our prospects in service of a craven power agenda that will marginalize millions of Americans in an identitarian utopia that will be anything but.

Since the courts have amply demonstrated that they are prepared to invent new rights for migrants in a non-stop parade of intrusive litigation during the Trump administration, it remains only for the average American to stand and watch his country betrayed by a lawless actor in the White House.

Dan Stein is president at the Federation for American Immigration Reform (FAIR) in Washington D.C.