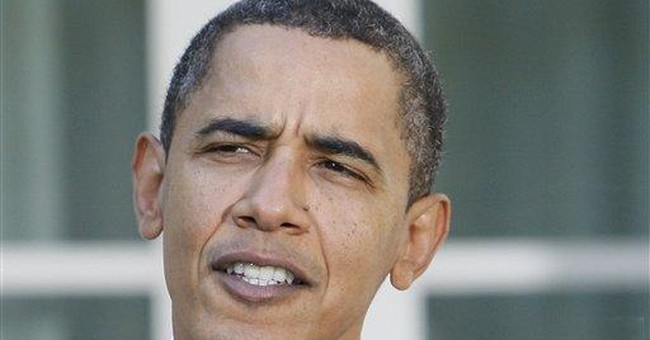 The president’s a real comedian. I’m not referring to the performance on Letterman as much as I am at the G20 Summit, where, humorously, he spoke of his determination to prevent and prohibit the “reckless risk-taking” that he asserts brought about the banking crisis and crash of the economy.

What’s hilarious is his omitting any mention of his own reckless risk-taking, on such an epic scale it makes what went on over on Wall Street seem a penny ante poker game. He, the Reckless-Risk-Taker-In-Chief, lecturing anybody about such sin is sillier than John Edwards giving a speech on family values or Al Gigantic-Carbon-Footprint Gore carping about others’ energy consumption.

Let’s see … Ozbama has virtually nationalized the entire mortgage market, killing the private industry and transferring all the risk to taxpayers. He is busily killing the private college lending industry and replacing it with government funded, government run massively expanded, easier to obtain financing – with all the risk moved to taxpayers. As a minor matter, he has also helped himself to controlling ownership of General Motors, AIG, and assorted other businesses, putting hundreds of billions of taxpayers’ dollars at risk. If he gets his way, he will fundamentally transform 1/6th of the U.S. economy having to do with health care.

And that – healthcare “reform” – is the riskiest play of all, based entirely on a wager that he can do what government has never, ever done; so curb its own waste and fraud in its current, small socialized medicine program (Medicare) that it can pay for a much bigger, harder to manage socialized medicine program with the savings. Deaf to facts, blind to writing so clearly on walls, he is rolling the dice with other people’s money on a grand scale never before imagined let alone dared.

And what is he asking us to risk? We are asked to bet on the benefits of benevolent dictatorship and suddenly, magically, inexplicably improved government bureaucratic competence in place of private enterprise, investment and ownership. We are laying out not only all our money but all we can borrow from everyone – from China to our own not-yet-in-wombs great-grandchildren. Put everything out there on the line, hand him the dice, step back and – hope. And then he has the unmitigated gall to criticize anyone for reckless risk. Who is he kidding? Apparently, sadly, still 40 percent 55 percent of the American public.

Thanks to the sycophantic mainstream press, he doesn’t even have to make a secret of his brazen recklessness. He has stocked the White House with a bunch of czars, including certifiable nutballs like the Science Advisor who favors trees, bushes, lakes and squirrels hiring lawyers to sue people. There was the avowed Communist, and far-leftist radicals, some directly attached even to the criminal enterprise known as Acorn. Had Bush – or any other president – dared surround himself with such a freak show, let alone done so openly, he would have been fried by mainstream media and most probably impeached. But the Magnificent Ozbama seems cheerfully certain he won’t face consequences for circumventing Congress, creating his own shadow government, and putting a lunatic fringe no one else would even risk any association with in charge. This would make for a terrific comedy movie, but it’d need to run on the Sci-Fi Channel.

And what are you losing here? Well, you can stop worrying about your guns being taken from you. Guns won’t matter if all your money is taken. That’s the direct path to dictatorial control via bloodless coup. The prize he is after is having you and everyone else entirely dependent on the government for your home mortgage, kids’ college financing, health care or insurance, and in control of the entire banking system. The biggest joke, though, will be on him, when it ultimately proves value-less, as he must destroy all the value to win it in the first place.