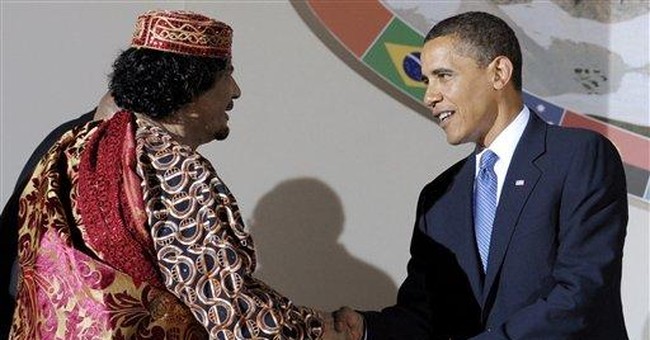 Recently I had a long lunch with an old friend. He sits on the board of one of the largest and most successful publicly traded regional banks in America. He got his seat when that regional bank acquired the very successful community bank he built from the ground up. I will not name him or this bank, but I will pass on a few things he said to me.

He said, “Our bank’s leadership team and others I know at the local or regional level feel paralyzed and intimidated by the climate of fear created by the Obama administration. We believe we are targets of a very deliberate conspiracy.

“The new and proposed regulations will remove every competitive advantage of the community bank, and make every bank identical, forced to operate exactly as does Bank of America,” he explained. “Then, absent competitive opportunity, all of the independent banks will be greatly de-valued and handicapped. They’ll be vulnerable and easily rolled up into the handful of remaining giants … the small bank’s wealth made into fresh food for the insatiable hunger of the big banks’ deficits and losses. This is, I and others believe, the next step in Obama’s plan to take total control of the financial system and money supply, a requirement of dictatorship. “

What is most significant about these statements is the person making them. This is not some freak like the fellow Mel Gibson portrayed in the movie “Conspiracy Theory.”. He’s not somebody stockpiling food in a cabin hidden away in the woods, to escape to when anarchy erupts. Not anybody you would expect to hear express such thoughts. And he’s not a lone voice.

Another friend is the CEO of a mid-sized company that had been on an impressive trajectory of growth for the past three years but is now stalled. He and his advisers have reversed their viewpoint in the last few months. They are eager to sell the company if possible now rather than later. Why? They believe Obama is deliberately, systematically destroying the economy as a whole and is specifically targeting small business for extinction – because it’s too difficult to exercise dictatorial control over millions of small enterprises.

This fellow has begun the process of acquiring dual citizenship and hopes to cash out and leave the country. He said that he can only envision a growing, worsening, toxic climate of fear here – again that term – and he prefers to be away from it.

Well, liberal fruitcakes have always talked about leaving the country if a president they reviled got elected (Alec Baldwin and Susan Sarandon come to mind). You expect such empty-headed, empty threats from them, as you would from those on the extreme right about Obama. But if you knew this CEO, who made me swear not to mention him by name if writing about this, you would never in a million years expect to hear these thoughts from him.

A couple of weeks ago I talked to the director of marketing for a leading private aviation company, which offers fractional jet ownership, pre-paid membership packages of private jet flight, and concierge-organized private jet travel. In her 15+ years in the industry, she said, she’d never encountered as many people who would not buy and travel in this manner because they were afraid of being seen and judged harshly. Many even feared having their companies singled out for reprisal by the government. She said, “I’m doing business in a climate of fear, almost clandestinely, as if engaged in espionage rather than commerce.” She too asked not to be identified.

This is an untold story. The mainstream media would mostly refuse to report on it. But even if they wanted to, these business leaders and countless others like them would refuse to publicly talk about their views. Because they are afraid.

From free enterprise to fearful enterprise. From ambition, initiative and investment, to hoarding and inaction and exit. This the only thing Obama has actually stimulated: a climate of fear.