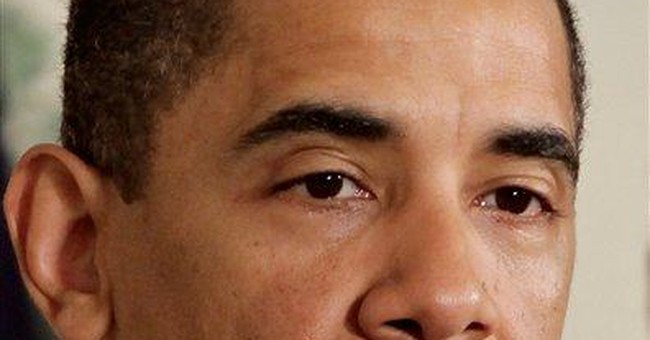 April 20, 2009. That was when President Obama held his first photo-op cabinet meeting, noisily giving them their marching orders: find ways to save $100-million in 100 days. And then he proudly told all of us that the head of Homeland Security, Janet Napolitano, had discovered opportunity for substantial savings in her department by buying office supplies in bulk.

I double-checked; I had not accidentally tuned into the Obama impersonator on Saturday Night Live. This was the real President, live, carried on several cable networks. I was watching Fox Business. And I’m sure everyone in its audience was feverishly scribbling notes and hastily calling their own high-level meetings to discuss this amazing revelation.

Forget the fact that, at this point, having spent trillions faster the average teenager can Twitter the latest breaking news about Miley Cyrus, saving $100-million is roughly equal to you or I figuring out how to save ten bucks this month. Forget the fact that while Janet has been devoting her attention to this bit of rocket science, her home state of Arizona is overrun with cross-border crime, kidnappings and violence, and, apparently our homeland security is being mortally threatened by all those returning veterans who might be right-wing extremists, so she might have bigger fish to fry. Forget whatever worries you might have about your job or business or retirement savings. All is well now that we’ve discovered the miracle of buying office supplies in bulk.

I defy anyone who claims the media is not in the tank for Obama, desperately protecting Obama, trying with all its might to mask this President’s painful, shocking stupidity, to answer me this: had President Bush convened the cameras to tell the nation of this same discovery, how would the news media and the late-night comics have treated him? Had Governor Palin made this suggestion for demonstrating new commitment to fiscal responsibility in Washington, how would she have been treated?

The nights of the 20th and the 21st, I tuned into Leno’s monologues and Letterman’s Top Ten’s. No mention of the Obama-Napolitano Economic Recovery Plan involving purchasing the big value packs of paperclips instead of buying them one at a time. I couldn’t catch CNN or MSNBC mocking it every 3 minutes for days either, as they did Sarah Palin’s “I can see Russia from here.” For that matter, had Chavez pressed a book about the 5,001 ways America is evil into President Bush’s hand, and Bush later commented that it was “a nice gesture,” how do you think that would have been reported?

It’s really unfortunate that Napolitano’s earth-shaking discovery occurred after the G-20 Summit instead of before – imagine the awe of all the foreign leaders had our president been able to bring this piece of news to them? World peace through nuclear disarmament and global economic recovery by buying bulk office supplies? He is a god!

Since Letterman missed it, here are the cabinet’s other top 9 ideas for reducing government expense and waste, to offset the president’s multi-trillion dollar spending spree:

#9: Michelle starts shopping at Costco, and discovers a second reason to be proud of America. Who knew you could get 5-gallon drums of peanut butter at such a low price?

#8: Replace the executives at Fannie Mae, Freddie Mac, AIG, GM and the UAW with captured Somali pirates. It’s a two-fer.

#5: Keep Texas but force Michigan to secede from the union. Maybe Canada will take it. Then we can say mission accomplished about national health care too. Sort of.

#4: Change Homeland Security to Homeland Shopping, and have Janet teach every American how to wisely use that extra $8 or $13 the president has put into their paychecks. She can go on Oprah once a week like Dr. Phil used to, then get her own show – and the government can get the syndication money. We’ll all be rich, then we can tax the hell out of ourselves.

#2: Buy tele-prompters in bulk. We need them everywhere he might speak.

#1: Hey, if we’re creating all these shovel ready jobs, shouldn’t we be buying shovels in bulk too?