Where Have All the Tough Guys Gone? 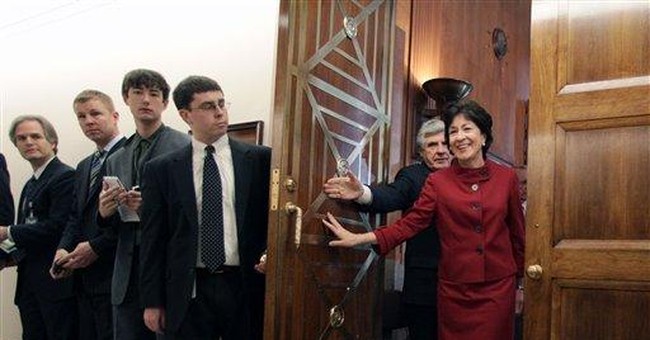 The statements will be no surprise to roughly 50 percent of this country. We know them to be true. It’s why we fear liberals. They are arrogant, thinking they can re-arrange people and institutions and money, forcibly re-distribute wealth and manufacture economic justice by punishing success.

But the source of these comments would surprise a lot of people, especially liberals and liberal pundits. For one thing, Jim Brown is black. He is 72 years old, so he came up when being black in America was no stroll through the park. When he switched from football to movies, he broke the color barrier, with a steamy sex scene with the white sex symbol Raquel Welch – creating a firestorm. Another thing: he’s an activist. He has spent decades on the streets in L.A. fighting gang violence, working at getting kids to look beyond the ghetto, to look at someone other than drug dealers and pimps as role models. It would be natural to presume him liberal-leaning. He knows better. And he has always been willing to speak the truth.

Jim Brown never missed a game in his nine record-breaking seasons with the Browns. He also rarely stepped out of bounds to avoid a high speed hit or bruising tackle. Instead he lowered a shoulder and knocked everyone else on their ***es. In the interview he says that the biggest crutch is thinking you’re a victim. I imagine if a liberal handed Jim a crutch, he’d beat him over the head with it. Even if he had to hop on one good leg while doing it.

In an interview recently on Letterman, the equally aged and, it seems, equally tough Clint Eastwood wondered aloud when we became ‘a p***y society.’

I wonder the same thing. I wonder where the shame is, in lining up for crutches, hand-outs and bail-outs. When I was a kid, my family was very briefly on food stamps, and my father was horribly, terribly ashamed at going to get them, at accepting them, at using them.

Today none of those in the ever-growing line for food stamp equivalents shows shame – not the governors of grossly mismanaged states, nor the executives of criminally mismanaged companies, nor the irresponsible, foolishly leveraged home buyers.

When did it become so ordinary, so acceptable to be a p***y? To be so helpless and inept and pathetic? And why don’t we – and our elected officials and our media – look all these embarrassing people in the face and tell them to go make their own crutches or lie by the side of the road and rot as they choose? When will we refuse to enable this ever-expanding victimhood and shameful begging and thievery?

It’s not the flying in on the private jet to beg Congress for billions of dollars of food stamps that bothers me. It’s the fact that these executives aren’t so ashamed as to be physically ill, vomiting, ashen faced, apologetic.

No, I’m not looking for a show of remorse. I’m looking for real, sincere recognition of responsibility and a re-commitment to self-reliance. I’m looking for the auto-maker CEO’s and the head of the UAW to say, “We are foregoing our salaries and bonuses in this business we insist is viable, investing all our personal and family wealth, mortgaging our homes and investing that money, and we are going to take no vacations, no weekends off, and work 12 hour days until we fix what we broke.” The same from the executives of Citi and AIG, et al. If somebody like Jim Brown had been in charge and made such a mess, I’m pretty sure that’s what he would say. It’s what small business owners do.

And I’m looking for homeowners to say: “Gee, I should have made sure I understood what I signed. I shouldn’t have leveraged myself silly and bought four times the home I could afford then sucked equity out by repeatedly re-financing. I don’t want anybody bailing me out. I’ll take my lumps, go be a renter for a while, and be more responsible in the future. I certainly don’t want to have my government steal money from people who acted responsibly to give me a bail-out I don’t deserve.

If somebody like Jim Brown had made such a mess of his personal finances, I’m pretty sure that’s what he would say.