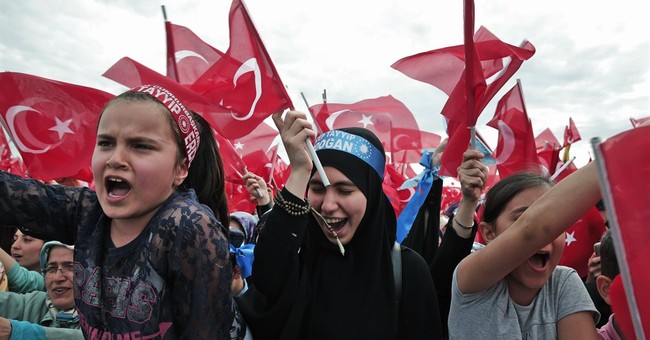 Almost every assessment of the national parliamentary election to take place in Turkey on June 7 rates it among the most important in the republic's nearly century old history. The New York Times deems it "crucial" and the LondonDaily Telegraph "pivotal." Huffington Post calls it "the biggest election" in the republic's history. The

But I disagree. I see it among the least important of Turkey's elections. Here's why:

The focus is not the usual one on "Who will form the next government?" Analysts agree that the Justice and Development Party (Adalet ve Kalkinma Partisi, or AKP), in power since 2002, will win again. But will it have to sign up a junior partner? Will it win sufficient seats to change the constitution and fulfill President Recep Tayyip Erdogan's plan to turn his position from a largely symbolic one into a fully executive position?

Erdogan wants powers so wide reaching that he actually compares them to those wielded by absolute Saudi monarchs. Ironically, those powers would be extracted from the prime minister, which position Erdogan filled for eleven years until last August, when he voluntarily ceded the position to a hand-picked successor, a mild-mannered academic, and moved over to the grander but far less powerful presidency.

Expressed numerically, the question fascinating Turks is whether the AKP will win a one-seat majority (276 seats out of 550) to rule alone, the 3/5s majority (330 seats) enabling it to change the constitution pending a public referendum, or the 2/3s majority (367 seats) required to change it unilaterally.

The main drama concerns a new party, the leftist, Kurdish-oriented Peoples' Democratic Party (Halklarin Demokratik Partisi, or HDP): Will it manage to reach the world's highest threshold of 10 percent of the total vote and enter parliament, in this, its first national campaign? If yes, it will could deprive the AKP of its majority 276 seats; if no, the AKP will likely reach that number and maybe even the magic 330.

But where others find high drama, I see near-tedium, and for two reasons. First, the AKP has used ballot-box shenanigans and other dirty tricks in the past; many indications point to its preparing to do so again, especially in Kurdish-majority districts.

Second, since the moment Erdogan's presidency began nine months ago, he has behaved as though his wished-for constitutional changes had already been effected; he has chaired cabinet meetings, chose AKP candidates, leaned on the judiciary, and deployed a bevy of "czars" to compete with the prime minister's staff. He is lord of all he surveys.

He also blatantly defies the ban on political activities by the president, illegally stumping the country, worshipful governmental media at his disposal, Koran often in hand, urging citizens to vote AKP and thereby enhance his powers as cumhurbaskan.

As he transforms a flawed democracy and NATO ally into a rogue state, ostrich-like Western governments sentimentally pretend it's still the 1990s, with Ankara a reliable ally, and abet his growing despotism.

Therefore, I conclude, how many seats the AKP wins hardly matters. Erdogan will barrel, bulldoze, and steamroll his way ahead, ignoring traditional and legal niceties with or without changes to the constitution. Sure, having fully legitimate powers would add a pretty bauble to his résumé, but he's already tyrant and Turkey's course is set.

Being a brilliant domestic operator and also an egomaniac in a tinderbox of a region suggests where Erdogan's future troubles lie – abroad. Under his leadership, Ankara suffers poor to terrible relations at present with nearly the entire neighborhood, including Moscow, Tehran, Baghdad, Damascus, Jerusalem, Cairo, Athens, the Republic of Cyprus, and even with the new leader of Turkish Cyprus.

Some foreign policy blunder on Erdogan's part, perhaps with Russia (in Ukraine) or Israel (in Gaza), perhaps in the killing fields of Syria or the gas fields of Cyprus, will likely bring the Erdogan era to its shuddering and inglorious demise.

And when that moment arrives, hardly a soul will bring up the results of the June 7 election; and none will remember it as a turning point.

Still, even an unimportant election matters: I invite readers to join me in the unwonted experience of rooting for a left-wing party, the HDP, to gain 10 percent of the vote, to win parliamentary representation, and then, one hopes, cleverly to obstruct Erdogan's power grab in what small ways it can.