It’s Time to Bring the Troops Home from Afghanistan. All of Them.

Daniel L. Davis
|
Posted: May 10, 2019 12:01 AM
Share   Tweet
The opinions expressed by columnists are their own and do not necessarily represent the views of Townhall.com. 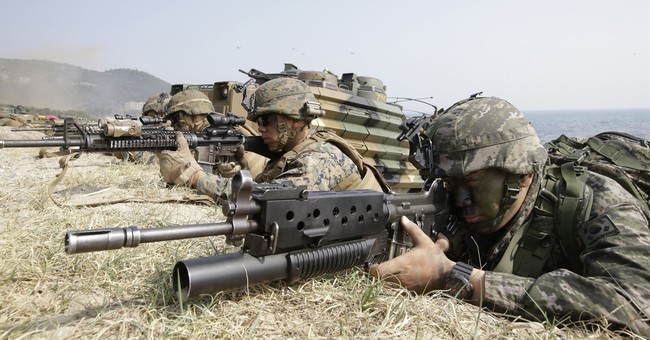 It is painfully obvious that the war in Afghanistan has turned from an operational victory to a permanent and perpetual strategic failure. Now, however, we have fresh evidence that those who know the situation on the ground better than anyone—the men and women who fight there—say, in overwhelming numbers, that because the war is unwinnable, they favor a complete and immediate withdraw.

In the immediate aftermath of the 9/11 attacks, President Bush ordered a military operation designed to “disrupt the use of Afghanistan as a terrorist base of operations,” and “attack the military capability of the Taliban regime.”

Disrupting—as opposed to “preventing”— the use of Afghanistan as a terror base and “attack” the military capability of the Taliban—as opposed to “permanently annihilating them”—were both appropriate objectives that could be militarily achieved. And by the spring of 2002, the Taliban had been virtually annihilated and al Qaeda disrupted as a coherent force.

It would have secured the best interests of the United States had Bush, recognizing the mission’s success, withdrawn the military, transitioning into a humanitarian and diplomatic effort. Instead, Bush kept the troops there, increasing them year after year, expanding the mission, and broadening the scope of the mission.

In 2007, Bush gave a speech in which he conveyed his updated mission in Afghanistan. He said, “Our goal in Afghanistan is to help the people of that country to defeat the terrorists and establish a stable, moderate, and democratic state that respects the rights of its citizens, governs its territory effectively, and is a reliable ally in this war against extremists and terrorists.” Not one aspect of that dramatically expanded list of objectives can be accomplished with military power.

Eight years of fruitless war later, President Obama addressed the nation and explained that the U.S. objectives had changed yet again, saying American troops were “engaged in two narrow but critical missions—training Afghan forces, and supporting counterterrorism operations against the remnants of al Qaeda…I have insisted, consistently, that our strategy focus on the development of a sustainable Afghan capacity and self-sufficiency.”

As with Bush, Obama established a policy that could not be accomplished with military power. He condemned the U.S. to perpetual combat actions and permanent war: no amount of training Afghan troops and conducting counter-terror operations will result in Afghan self-sufficiency. No one knows that painful truths more than the men and women we deploy.

In a poll conducted this month by Concerned Veterans for America (CVA), a whopping 60 percent of veterans and their family members said they supported removing “all U.S. troops…from Afghanistan.” CVA Executive Director Dan Caldwell said the poll showed that, “Veterans and military families have borne the brunt of America’s endless wars, and after nearly two decades of fighting there is clear support among both groups for a new approach to American foreign policy.”

If Bush and Obama set objectives that were militarily unattainable in Afghanistan, it is unclear what strategy Trump is pursuing.

The Trump Administration is putting considerable effort in sending former Ambassador Zalmay Khalilzad to negotiate a political settlement with the Taliban, but thus far reports indicate the efforts will not end the war. The Afghan government is upset because its been left out of the talks, and the Taliban continue to refuse to talk to Kabul.

I am categorically in favor of diplomacy and believe it offers great potential to advance U.S. interests across the globe, but for talks to have a chance of success, they’ve got to be grounded in seeking realistic objectives that allow for all sides to come away with something they want. The negotiations in Afghanistan thus far fail at this basic requirement, and currently have virtually no chance of ending the war.

It is not in America’s interests to continue a military operation that has no potential to succeed. All that does is deepen our strategic losses and continue the routine shedding of American blood. What Trump can do, however, is stop the permanent failure, end the war, and redeploy our combat forces.