Immigrants and Conservatives are Cut From the Same Cloth

Daniel Griswold
|
Posted: Apr 25, 2018 12:30 PM
Share   Tweet
The opinions expressed by columnists are their own and do not necessarily represent the views of Townhall.com. 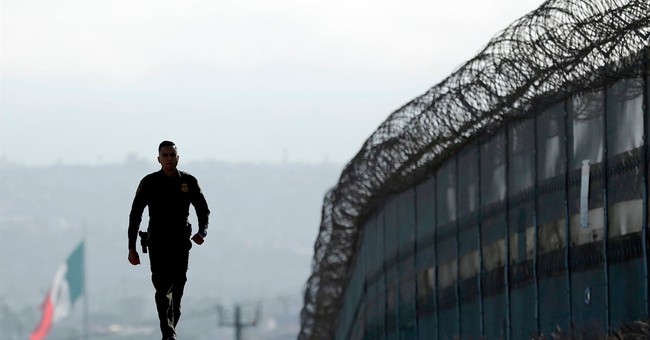 When President Trump tweets his warnings about unchecked immigration and the need to build a wall, he is tapping into fears on the right that extend beyond the economy and border security, and into our culture itself. Many conservatives fear that immigrants today are failing to assimilate and may be changing our society for the worse.

Those concerns echo a long tradition in America. Benjamin Franklin worried in his time that German immigrants were not learning the language. Irish immigrants in the mid-19th century aroused hostility for being not only dirt poor but Catholic. Immigrants from China were banned outright in 1882. The mass of immigrants from Southern and Eastern Europe at the turn of the 20th century was considered an inferior “race” with customs that could never adapt to American life.

With hindsight, we can see those fears were unfounded. Immigrants today, as in the past, embrace the freedom and opportunity at the heart of the American experiment. They possess a double portion of the “bourgeois virtues” that conservative intellectuals such as University of Pennsylvania law professor Amy Wax rightly praise: Compared to native-born Americans, immigrants tend to show an even greater commitment to traditional values of work, enterprise, family, faith, and respect for authority.

For the record, immigrants are an economic blessing to the United States, too. They complement American workers by filling niches at the higher and the lower ends of the skill spectrum. They spur innovation, create jobs, and expand the economy, without reducing employment or wages for the large majority of native-born workers. But they are also a social and cultural blessing.

Start with that most American of virtues, the work ethic. According to the Bureau of Labor Statistics, the labor-force participation rate for foreign-born men of working age is 77 percent, compared to 67 percent for native-born men. The rate for immigrant women is lower than for native-born women. This is not from any aversion to work, but because they are more likely to be at home with children. Immigrants come to America to work hard and build a better life, not to go on welfare.

As for family life, immigrants have more children on average than native-born families, and their children are more likely to grow up with both parents at home. According to an authoritative 2015 report by the National Academy of Sciences, Engineering, and Medicine (NASEM), titled “The Integration of Immigrants into American Society,” the average birthrate among immigrant women is 2.5, compared to a native-born rate that is now well below the replacement level of 2.1.

Divorce rates and out-of-wedlock birth rates for immigrants start much lower than those for native-born Americans, according to NASEM. The irony is that those rates increase over time and generations as extended immigrant families absorb the prevailing cultural norms.

Immigrants respect authority and the law. Studies show that they have lower arrest and incarceration rates than the native born. As the NASEM study concluded, “Immigrants are less likely than native born to commit crime, and neighborhoods with greater concentrations of immigrants have much lower rates of crime and violence than comparable nonimmigrant neighborhoods.”

Immigrants display the traditional American virtues of risk-taking and hope about the future. They are more likely to start a business, whether a strip-mall restaurant or a high-tech start up. Citing polls, the NASEM study concludes, “Immigrants are actually more optimistic than native-born Americans about achieving the American Dream.” They display those noted American virtues of gumption and entrepreneurism.

Like religious conservatives, immigrants tend to be more serious about their faith. Three-quarters of U.S. immigrants today identify themselves as Christian. According to NASEM, “Immigrants are sustaining Christian religious congregations in many communities where native-born attendance has declined precipitously.”

Immigrants are more likely than natives to ally with social conservatives on hot-button social issues such as gay marriage. According to a 2012 poll, 59 percent of the native-born in the United States thought same-sex couples should be allowed to marry, compared to 36 percent of the foreign-born.

Americans concerned about social cohesion shouldn’t fear domination by any one immigrant ethnic group. Immigrants today are more likely than in the past to spread out beyond traditional gateway cities and states to the South and Midwest and to suburban areas. Among new immigrants, those from Asia now outnumber those from Latin America. And immigrants are increasingly intermarrying with natives, with the rate of interracial and interethnic marriage twice the rate of a generation ago.

As in the past, immigrants are learning English. Studies show that the first generation may struggle to master it, but the second and third generations are overwhelmingly fluent, and are often uninterested in their grandparents’ mother tongue. America remains “the graveyard of languages.” As the NASEM study concluded, “the available evidence indicates that today’s immigrants are learning English at the same rate or faster than earlier immigrant waves.”

Many cultural conservatives remember the 1960s as a time when the bourgeois virtues came under frontal assault, but immigrants were not to blame. In fact, the 1960s were the low-point of immigrant influence in America, with the foreign born accounting for less than 5 percent of the population compared to 13.5 percent today. The counter-cultural revolution of that time—what Penn’s Amy Wax decried in a much cited op-ed as “antiauthoritarian, adolescent, wish-fulfillment ideal [of] sex, drugs, and rock-and-roll that was unworthy of, and unworkable for, a mature, prosperous adult society”—was entirely home grown.

One further objection heard from cultural conservatives is that naturalized immigrants tend to vote for Democrats. That is true, but it need not be as true as it is, and may be a self-fulfilling fear of the right. The anxiety that most conservatives harbor toward immigrants is based on a genuine concern for the future of our country. But in some visible cases it can spill over into ethnic stereotypes and even racism, scaring immigrants away from the GOP and the conservative movement. But as their attitudes and behavior attest, immigrants should be receptive to a message of free enterprise and traditional values.

By embracing immigrants as fellow members in “a mature, prosperous adult society,” conservatives can also affirm what is best in American culture and history. They can build social and political connections, instead of walls, between their movement and the growing population of immigrants among us.