Daniel DePetris
|
Posted: Feb 09, 2017 2:07 PM
Share   Tweet
The opinions expressed by columnists are their own and do not necessarily represent the views of Townhall.com. 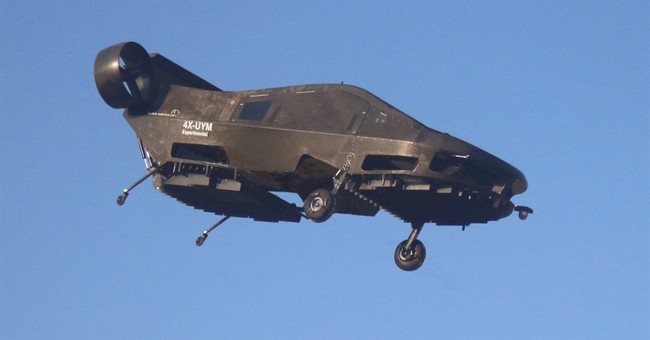 On the same day that President Donald J. Trump inherited the presidency and all of the executive power that comes with it, another event occurred halfway around the world in a little backwater country called Yemen. In the Yemeni province of Bayda, an unmanned aircraft, piloted either by the U.S. military or the CIA, conducted an operation against three suspected members of Al-Qaeda in the Arabian Peninsula. After the two strikes were over, a U.S. official confirmed to the Associated Press that Abu Anis al-Abi, an Al-Qaeda field commander, was one of the men taken off the battlefield. It was the first official drone strike on Donald Trump’s watch as president of the United States, a statistic that wouldn’t be all that significant if it weren’t for an important milestone — the U.S. drone program is now entering its third administration.

Over the next two days, two more drone strikes were conducted in the same province, killing an additional four Al-Qaeda militants.

Just like President Obama entered office at a time when the United States was fighting two wars simultaneously, Donald Trump took the oath of office knowing that his administration will be inheriting an armed conflict against terrorist groups like the Islamic State and Al-Qaeda that transcends national borders.

Trump’s campaign rhetoric of “bombing the sh*t” out of terrorists the world over and his pledge that “defeating ISIS and other radical Islamic terror groups will be our [i.e. his] highest priority” are pretty good indications that the targeted killing program will continue to be utilized. Indeed, taking President Trump’s rhetoric at face value, there is a good chance that more missiles will be fired from more drones in more theaters — an increase in drone activity that could even surpass President Obama’s own dependence on the program.

Advocates of U.S. drone operations claim that they are instrumental in keeping the U.S. homeland safe by venturing in areas of the world that are either off-limits due to the political sensitivities involved—such as Pakistan’s tribal areas-- or out of the federal government’s reach—i.e. anywhere in Yemen and Somalia. Critics of the program, however, are on solid foundation when they argue that targeted killing operations — even if they are vital to U.S. national security — are governed by procedures that are not inconsistent across administrations and are off-limits to stringent congressional oversight outside of the senior most echelon of congressional leadership.

President Obama understood during his second term that the rules dictating when a drone strike could be authorized needed to be tightened and codified within the executive branch; the Presidential Policy Guidance document declassified by the Obama administration last August details which targets on the ground are off limits and when they should be avoided, the legal discussion within the national security bureaucracy that must occur before targets are approved, and the kind of review process that the National Security Council must undergo before targets are signed off.

An after-action review after each operation is also required, which provides the NSC and the intelligence community the type of critical information that allows them to assess whether the strike was successful and whether collateral damage was higher than projected. It would be prudent for Trump to at the very least maintain both of Obama's drone orders. But ideally, he would expand it.

The American people have no clue, for instance, which countries are the focus of the drone program - indeed, if it weren't for field research from independent groups, Americans may have never known that targets in Pakistan, Yemen, Somalia, and Libya were struck by the drones that American citizens have paid for. President Trump could add a small dose of transparency by ordering the intelligence community to not only correlate the amount of strikes taken, but where they were taken. The lump sum that the Obama administration provided in its first report (473 strikes resulting in a range of 2,372-2,581 militant casualties and 64-116 civilian casualties from January 2009-December 2015) isn't particularly helpful for those of us who would appreciate more clarity on the entire program. The Trump administration could also direct the intelligence community to construct a data set by year.

President Obama’s drone policy also provided the House and Senate intelligence committees with critical information that members of Congress are entitled to, such as why certain individuals were nominated as candidates for the “kill list,” what diplomatic repercussions — if any — resulted from the attacks and whether the operation produced any damage to civilian lives or infrastructure. Yet again, President Trump can pick up where his predecessor left off and open up more access for more members of Congress. The number of people on Capitol Hill who are afforded in-depth briefings about America's covert counterterrorism operations should be expanded to include more chairman and ranking members of more committees, including foreign relations, armed services, and appropriations. Simply briefing members of the intelligence committees and the congressional leadership keeps the rest of Congress in the dark about what is going on.

Drone strikes are immensely controversial. There is very little proponents and opponents of the program can agree on, but one area where a majority of both can come together is on oversight, one of the central roles that elected representatives are expected to perform for the constituents that sent them to Washington in the first place. Such a decision is not only a political winner for the new administration and a demonstration of good-faith from the White House that it sees Congress as an equal partner, but more importantly as a way to increase understanding on how the program works and whether it remains an effective counterterrorism tool in the U.S. toolbox.