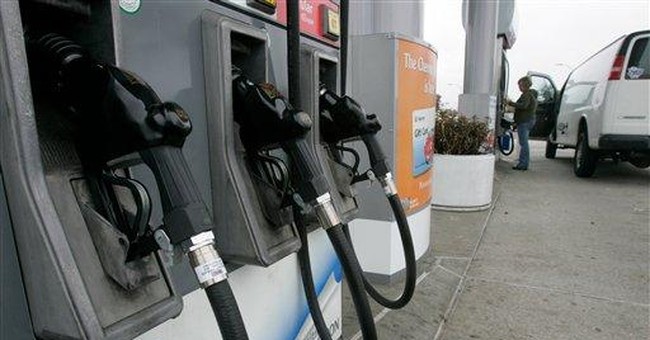 What do you do if your country is too incompetent to drill for oil effectively? Drill an oil company instead.

That’s exactly what tiny Ecuador is trying to do to oil giant Chevron – with the help of brain-dead American celebs, left-wing front groups and American lawyers – including one of Obama’s law school buddies. That select group is trying to rob Chevron and its shareholders of $27 billion.

Yes, that’s Billion with a “B” – the middle letter of the SeeBS network. SeeBS was the latest in a string of media outlets – like The Washington Post – giving a biased view of the issue, instead of actual journalism.

The May 3 episode of “60 Minutes” was a typical example of the media misinformation. Correspondent Scott Pelley, who already has a reputation as a biased environmental reporter, only pretended to give both sides of a lawsuit that spans 16 years and two countries.

It’s the classic green battle – not green for Mother Earth, green for the cold, hard cash Ecuador is trying to steal. Chevron calls this case a “fraud” and they are being kind. And SeeBS’s version of history waited nearly six minutes to show the only person they allowed on to back Chevron. She was up against six different spokespeople for the other side – from the plaintiff’s lawyer to natives living in the area to the technical expert for the plaintiff.

Buried in the 13-minute segment were softball questions for the plaintiffs and curveballs for the one Chevron speaker. Pelley never addressed some of the most basic points of the story like PetroEcuador’s patethic environmental record – more than 1,000 oil spills since 2000 – or how plaintiffs paid $200,000 to the supposedly neutral court expert to write his report. Pelley also left out the corruption in the Ecuadoran judicial system – so bad that a report by the U.S. State Department gives the Ecuadoran judiciary very low marks.

“Systematic weakness and susceptibility to political or economic pressures in the rule of law constitute the most important problems faced by U.S. companies investing in or trading with Ecuador,” the State Department report said. No kidding. Our own government says Ecuador uses judicial intimidation against foreign firms. The International Bar Association and the United Nations Commission on Human Rights have also criticized Ecuador’s concept of law.

SeeBS didn’t bring up any of that. Pelley called the judge “serious and thoughtful.” Perhaps he can teach those qualities to Pelley.

In short, the network treated the Chevron case like most lawsuit stories – wildly favoring the plaintiff and giving almost no time or credence to the Big Evil company on the other side.

It all began when Texaco Petroleum drilled for oil in Ecuador decades ago as the smaller part of a consortium with the state-run PetroEcuador. Oil is a messy business and when TexPet went to leave the country, it worked out a clean-up deal. TexPet spent $40 million cleaning up 40 percent of the sites – equal to its share of the consortium. It did a thorough job with the clean-up and the government of Ecuador signed a paper absolving TexPet of all obligations.

But that wasn’t good enough for some in Ecuador. They got American lawyers and began suing. When Chevron bought Texaco, it also bought was should be a non-issue. But thanks to a sleazy Ecuadorian justice system, it’s not.

Now, the Ecuadorans are close to a victory of some sort. Their justice system, if you can call it that, is expected to rule on the case by November. No one seems to think the ruling is in dispute. If Chevron loses, they will appeal, claiming, quite rightly, that the rule of law has nothing to do with this case.

But this is more than just an international travesty. It’s also a view of how journalists look at the world and how they skew everything you see. In his report, Pelley did what most journalists would do. He glossed over the plaintiff’s unsubstantiated claims of cancer ($9 billion worth of the settlement claim) and looked for heart-tugging victims – Amazonian natives in colorful tribal dress or the man who claimed the oil operation poisoned his well.

“Manuel Salinas’ house is next to one of those pits,” Pelley said. “He’s one of 30,000 people suing Texaco’s owner, Chevron. He says the pollution leaked into his water well.” “We couldn’t drink the water,” Salinas said. Trouble is, Salinas lives next to one of the pits PetroEcuador – not TexPet – was supposed to clean up.

And then there’s the water. Remember when they tell you not to drink the water on trips abroad? Here’s why. Tests from both Chevron and the plaintiff show Salinas’ well was contaminated with fecal coliforms.

In other words, Salinas’ claim was full of the same thing his well was. And SeeBS put him out there like some sort of victim. Sure he’s a victim of bad drinking water – but that has nothing to do with oil and everything to do with poor local hygiene – and poor journalism.