Dan Celia  |  May 14, 2020
The opinions expressed by columnists are their own and do not necessarily represent the views of Townhall.com.
Top Columns
Trending on Townhall Media 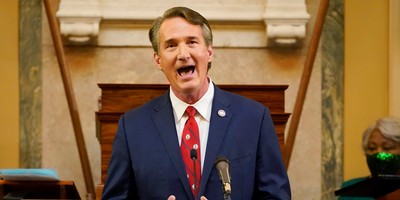 Why Is This Pro-Life Group Souring on Their Keynote Speaker? Rebecca Downs

It would appear as though our national debt is now reaching heights that we have never seen. The U.S. federal budget deficit soared to a record $1.935 trillion in the 12 months through April, as the U.S. ramped up spending and revenue dropped. The budget gap has begun a rapid expansion that the Congressional Budget Office projects will leave it at $3.7 trillion by Sept. 30, the end of the fiscal year.

At some point in time, as we continue to go to the well, we could easily see a period when the well could run dry—or maybe that is never a consideration. The question has to be asked: If global debt continues to rise above the rate it has already risen to, maybe it’s time to realize that we’re getting awfully close to its insurmountable point and that we’re facing an inevitable financial crisis just about the time that we begin to recover from the coronavirus.

God-willing, the coronavirus will be over this year and we will be able to go about the new normal business cycle that it has created. But will we give consideration to the United Nations and the World Bank’s prediction that global poverty is rising again for the first time since 1998. The UN threatened that we could see 130 million more people dying from starvation by the end of this year. And maybe the prediction that everyone seems to be ignoring is from the International Monetary Fund (IMF)—that advanced economies around the globe will contract 6% this year.

That doesn’t sound like much, but economies are not built on contracting of GDP. Generally, the IMF is wrong in its predictions, but this one certainly seems reasonable. Think about this: Back on Jan. 8, the World Bank predicted advanced economies would slip about 1.4% in manufacturing due to the softening in general of manufacturing. The report also indicated there would be a global growth of about 2.2%, primarily due to “mounting debt” and “slower productivity growth.” I suspect I don’t need to remind anyone that this was prior to the coronavirus pandemic hitting America.

The mounting debt that the World Bank was referring to in January seems like the understatement of the year. I’m not making that statement just because of a concern about national debit; I do believe and do support the fact that it was very necessary and likely continues to be necessary as we will be struggling to get our economy back up and running. World Bank has also recently shown a spotlight on areas around the world where they have committed $160 billion “over the next 15 months to help countries protect the poor and vulnerable, support businesses, and bolster economic recovery.” All that is reasonable, welcomed and things we have to consider.

We are certainly entering unprecedented times, with the national debt here in America increasing somewhere between 45% and 55% before this is all over. We could also easily see a contraction in our economy of 12% to 16%.As you may know, many economic analysts—and particularly politicians and even members of this administration—have indicated the debt has not been an issue so they have proclaimed on numerous occasions that interest rates are low, so therefore it is a good time to borrow money. That may be the biggest straw man ever, and of course the notion that has been bounced around for the past four years is that we will simply grow our way out of it.

I wrote an article some time ago indicating that we lost our opportunity to grow our way out of it back in 2013, when I believed mathematically the debt had reached a point where growing out of it would be almost impossible. At that point, I indicated that the only way to handle our national debt would be, No. 1, to have very good growth built upon a very stable and strong economy. But I also indicated that growth alone will not solve the debt issues of America. There has to be a willingness for politicians to give up some of their perceived power by cutting the size of government. We need to see cuts across every department of the government, with the exception of our military. The untouchable parts of our budget will need to be touched.

I understand how no one wants to talk about national debt or, in particular, global debt. No one wants to talk about the incredible amount of debt financing that the Treasury has issued in March and April. And May and June are likely to be larger yet. So when do we start a dialogue about our national debt? Do we wait until we are in a global depression? At that point, there will be no reason to have a dialogue about debt, just conversations about how big the defaults are. Will our global debt somehow find its way to be manageable through a resurgence of economic growth? The fear is that organic growth in interest rates and inflation due to the circumstances of the economy will occur and will be out of the control of the Federal Reserve or the federal government.

We would be well served in America to begin now to address some of these issues. Maybe America needs to start thinking more internally and less externally. True, we are not an island, but we could perhaps save some parts of our economy as an example for the rest of the world, which would give us the ability to serve the rest of the world in a bigger and better way. Can we think of not allowing the pain of this crisis to go to waste and possibly consider hard decisions when we have an American people who are quickly becoming accustomed to hard decisions?

There has never been a time in recent history where it would be easier to stop putting off the inevitable and start touching the untouchable budgets—working and developing plans and strategies that can move us with a sense of stability into a very uncertain future.

Dan Celia is president and CEO of Financial Issues Stewardship Ministries, Inc., and host of the nationally syndicated radio and television program “Financial Issues,” heard daily on more than 660 stations across the country and reaching millions of households on several TV networks, including FISM-TV. Visit www.financialissues.org.