It’s Time to Focus on Market Certainties, Like the Economic Growth Resulting from This Administration's Policies

Dan Celia
|
Posted: Aug 03, 2018 2:57 PM
Share   Tweet
The opinions expressed by columnists are their own and do not necessarily represent the views of Townhall.com. 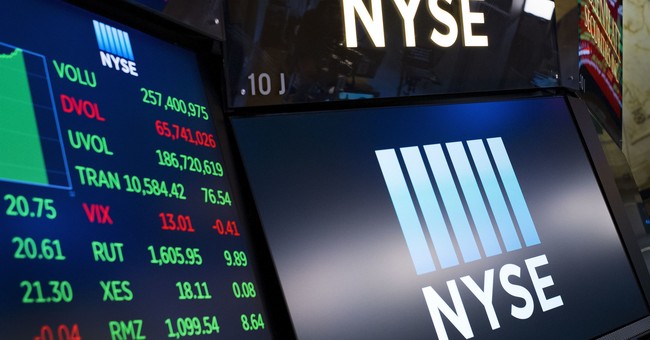 According to the Stock Trader’s Almanac, August ranks as one of the weakest months of the year for major indexes. This is according to data that goes back to 1950.

In my opinion, almost everything happening that is negative in the markets is political in nature. The hatred for this president continues to grow stronger and stronger as the economy gets better. This president is exposing the incompetence of past administrations and bringing to light, with no apologies, American exceptionalism.

He has reminded us that we can do manufacturing again, that we can have GDP growth over 3 percent, that we can have full employment and opportunities for workers, and that high school and college graduates can actually get a job in the field they studied, with a part-time labor force quickly turning into a full-time labor force. Plus, Americans in minority groups can enjoy the same low unemployment rate as everyone else, where poverty rates continue to decrease as opposed to increasing every month.

We as Americans can stand proudly knowing that our president is fighting every day for the good of the American people, the American way and American economic strength we can be proud of. Hence, the reasons for negativity in the markets are built and born out of a continued growth in the hatred for this president—not on the underlying fundamentals of the economy.

Yes, there are uncertainties in the markets. Markets don’t like uncertainty, but why don’t we focus on some of the things that are certain? Imagine in the years past when uncertainty would enter into markets; that became ingrained in a party’s ideology and the markets never had a chance to face any real solution. It was simply chalked up to a new normal that should be embraced.

We are in very different times today, but unfortunately the ideological blinders on so many on Wall Street and Main Street will not allow them to see to the left or to the “right” when it comes to reality and the real solutions for uncertainty that have been coming out of this administration on a regular basis.

Everything progressives have been working for and the incredible progress they have made over the past 10 years has been flushed away by this president. So, obviously, the hatred builds. Each and every week, we continue to see strong economic numbers and, of course, we have recently seen good second-quarter earnings reports.

Valuations of companies have gone up and stock prices have come into somewhat normalized valuations—not as a result of a correction or recession as most were expecting, but as a result of increases in company earnings and valuations from tax cuts and strong organic growth.