Not Complicated, Not Impossible, It’s Simply About the Economy

Dan Celia
|
Posted: Nov 17, 2017 10:00 AM
Share   Tweet
The opinions expressed by columnists are their own and do not necessarily represent the views of Townhall.com. 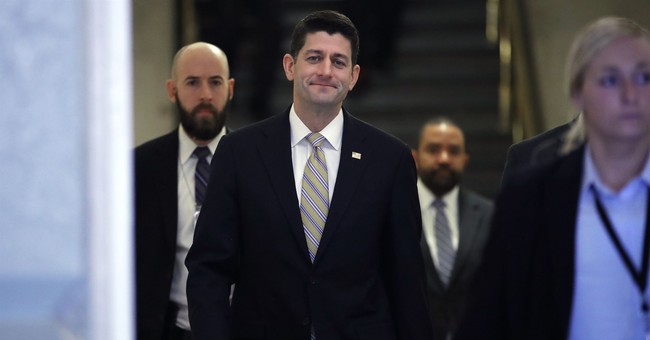 Congress clearly won a battle for the American people for the first time in a very long time. They worked hard to hammer out details for new tax provisions. Make no mistake, this action will be good for the country and for families. Education savings accounts could now include unborn children, the majority of marriage penalties are gone, and increasing the child tax credit while providing an adoption tax credit are very positive developments for families and the growth of our economy, and will contribute to building a stronger America.

The question now is, what will the Senate do? The 20 percent corporate tax rate must begin in 2018. The Senate also cannot use the cost savings from eliminating the individual mandate from Obamacare to lower the highest tax bracket. I am all for lowering the highest tax bracket because there’s no doubt this would serve as a continued stimulus for the economy—but not at the risk of also postponing the corporate tax rate reduction from 35 to 20 percent to 2019. That would be a big mistake.

The last thing you want to do—whether in private corporations large or small, large or small ministries or the economy in general—is to stop something that has taken years to start. Momentum in a free market economy is more valuable than many legislators realize. Momentum in the right direction—away from bigger, more intrusive, more expensive government and toward growth in a free-market economy—cannot be slowed, particularly when it is so easy to maintain. And now it’s all in the hands of the Senate.

Senators need to maintain this important momentum and finish the job. It will take a lot of work, some compromise and much encouragement—none of which we’ve seen for the past 12 years. To stop this new momentum, or even slow it down, would be disastrous. But postponing the corporate tax rates to 2019, taking all the wind out of the sails of the economy, would do just that. For lawmakers to assume they can get this ship back up to speed in 2019 is naïve at best. The Senate is now in a place of helping the Republican Party become a force to be reckoned with for many years to come, or in contrast, a Republican party that will have no opportunity to be reelected or to be in power for future generations.

Conservatives control their destiny. They have an opportunity to control both houses of Congress, along with the White House, for a generation. I know they get caught up in the Left’s agenda, which somehow always seems to be the agenda they adopt. Over the past ten years, unfortunately, we have watched the Left frame the conversation and GOP agenda. There’s no doubt that Republicans are far more comfortable being on defense rather than trying to put some points on the board. Offense is just not the Republicans’ strong suit, yet they continue to proclaim they can win.

The House of Representatives has just given Republicans an offensive playbook—one they have not seen for a very long time. In essence, the House told the Republican Party, “It's time we set aside, and perhaps even turn our backs on, everything that the Left is throwing at us and start playing some offense.” The ball is now in the Republicans’ court—specifically, it’s the Senate’s turn to make a big play. It’s the opportunity of a generation.

We have seen a lot of games lost in the last few seconds. We have seen opportunities squandered by something as simple as poor clock management and by something as complicated as play-calling in a very difficult situation. The momentum is clearly on the side of conservatives. Let’s hope—for the future of families, economic strength and America’s future—Senate Republicans will pick up the ball for the win.

Most Americans won’t care if these senators make decisions for the good of the party as opposed to the good of the Americans they represent. What ultimately matters for the American people are jobs, opportunities, increase in wages, more discretionary income, prosperity growth, strong families, lower poverty rates, smaller government and better health care. Ultimately, our leaders have this great opportunity to leave America far better off than we found it and return this nation to the land of opportunity America has always been.

It’s not hard, it’s not complicated, and it is certainly not impossible. It’s simply about the economy.