Dan Celia
|
Posted: Mar 24, 2017 12:01 AM
Share   Tweet
The opinions expressed by columnists are their own and do not necessarily represent the views of Townhall.com. 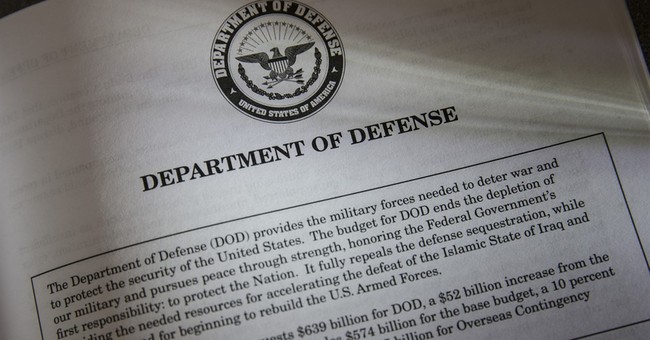 Every year for the past eight, I carefully examined the budgets President Barack Obama put forth to Congress. Although I knew they would never be approved, they gave me a look into his economic ideology.

It was quite apparent that President Obama truly believed in spending our way to prosperity and creating bigger government while working to gain more social control. This obviously didn’t work well for the U.S. economy.

Of course, criticism in the world of politics is very easy because it requires no work. It’s like criticizing the illegal actions of executive orders, but then doing nothing about them. This has been the mantra of the GOP for the past eight years.

Many have criticized President Donald Trump for not taking strong initiative to cut an out-of-control deficit or address entitlement programs, all while he’s talking about cutting taxes.

Liberals say, “Reduce revenues, cut budgets and reduce our power? Impeach this president!” Even though it remains to be seen if President Trump’s budget will see the light of day as written, it does give us a glimpse into his economic ideology. That ideology, in fact, is in the right place and just where it needs to be.

Indeed, it appears this president is tackling the task of trimming trillions of wasteful government spending by working to dramatically reduce our deficit. And he’s doing so by proposing something unheard of in Washington, D.C.—shrinking the size of government.

Not only is this unimaginable to many politicians in our nation’s capital, it is unprecedented. According to the president’s budget, many agencies will have to live with cuts of between 5 and 30 percent. In some cases, eliminating duplicative and useless programs could drive that figure even higher.

Mr. Trump’s action is being met by a growing panic among liberals in Congress. And, make no mistake about it, his plan is also creating a lot of anxiousness among the Royal Elites of the Republican Party, of which there are many.

We have a president who is brazen enough and committed enough to put forth such a budget. He knows that nothing he proposes, from an economic stimulus perspective, will truly work without also improving the government’s effectiveness and efficiency—and reducing its size.

It is no surprise that the president faces resistance from all those who are entrenched in the power, social control and benefits of living and working in the cesspool of Washington.

The Congressional Budget Office has indicated that the Republican health care plan alone will cut $337 billion from the federal deficit over the next 10 years. Other savings are ripe for the taking. The Department of Education has little to show for the billions of American tax dollars it has wasted. And the Environmental Protection Agency has cost the private sector billions of dollars with programs based more on ideology than common sense.

Increasing accountability, making the welfare system more efficient and working to eliminate fraud could also save taxpayers billions of dollars over the next decade. I suspect this could be considered a cut in entitlement programs; naturally, most progressives believe these cuts are nasty, cruel and unusual punishment.

But I ask: Is it inhumane to think of ending waste, increasing accountability and having government employees who actually understand personal responsibility? It is for those who don’t live like the rest of us; the prospect of fiscal sanity and accountability makes the average progressive in the D.C. swamp tremble with fear.

President Trump’s budget will make for a more efficient, smaller and less-intrusive government. Indeed, downsizing government programs while promoting a pro-growth economy, creating jobs and allowing companies to become more profitable will save future generations trillions of dollars over the next several decades.

All this happens while we watch a flow of legal immigration to America. We are likely to even see corporate immigration to this country, increasing service sector jobs, as well as manufacturing and exporting jobs.

Yes, we can see all of this happening during the first 100 days of this presidency. Oh, there will be bumps in the road and attempts to prevent the swamp from being drained. But that’s to be expected with an agenda that places the American people first.