Future by the Millennials

Dan Celia
|
Posted: Feb 13, 2016 12:01 AM
Share   Tweet
The opinions expressed by columnists are their own and do not necessarily represent the views of Townhall.com. 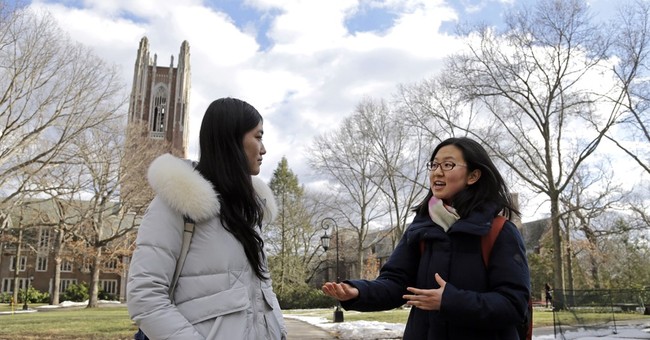 Our nation was founded on good, solid Judeo-Christian values, on free market economies, on the survival of the best, the brightest, the most innovative—and on the freedom to fail. Our forefathers and others who followed built that foundation to generate the wisdom to succeed in a powerful way and to provide a country of rules and laws and opportunity.

Our country was built on the blood, sweat and tears of immigrants from around the world. We were a melting pot offering opportunities for the poor to become rich and for factory workers to be able to put their children through college. We built a government that governed rather than dictated how we should live.

What has happened? Has that foundation crumbled?

Will the United States become a country that controls how we get health care, when we should retire, how much vacation we get or don’t get, and create safety nets that become hammocks? Are we to become a society made up of lower-to-middle income people who are satisfied with bringing home 40 percent of our pay while spending 20 percent more than we used to on most things we buy? Is this the future? Is this what we are headed into? Is this what America looks like for Millennials?

Go to a Bernie Sanders rally or look at what happened in Iowa or New Hampshire. Consider the unusually high number of Millennials who support this socialist. They do not know that after the free college tuition, they will not be able to get a job. They don’t seem to realize that they would bring home only 40 percent of their pay—if they do get a job. They apparently don’t understand that they would not be able to get dental work for their kids and would be lucky to get health care for their parents. And the odds of them dying of cancer or other fatal diseases would greatly increase.

Do they not know that they would have to be satisfied with a job that is going nowhere and is owned by the state? That they would be working for a meager wage with no hope of moving ahead? Surely they must realize that although they got a free college education, they would be working in an economy where opportunity is extremely limited, where they probably wouldn’t be able to use any of the skills they learned in college.

Many of these young people would love to see socialist agendas ushered into America for free college and other handouts. But do they know that when they retire, they would have to depend on their children or other family members to supplement their income just so they could survive? Does the intellect of our Millennials allow them to fixate on one or two issues so completely that they can buy into a socialist agenda? Winston Churchill once said that the free market capitalist society is the worst economy one could have—and the only things worse are socialism and all the other economies that have failed.

Unfortunately, age and wisdom mean little to most people these days. Many find it difficult to look beyond their personal gratification. They are too busy clamoring to put into place whatever their itching ears have heard and their feet rush to vote for. Morality and Judeo-Christian values, which the average Millennial has learned so little about, mean nothing in their grand scheme of governing a society. This Millennial economy that some are so excited about may result in the loss of the greatest republic in the world.