Income Inequality and the State of Maryland 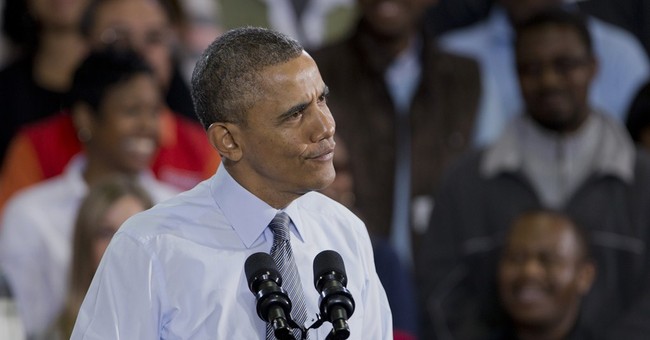 As an economic policy, the issue of income inequality is not a freight train moving goods from point A to B. Instead, it is a rollercoaster ride which brings captive passengers back to the same place from which they left. In some parts of deep-blue Maryland, where people are accustomed to politicians taking them for a ride, everyone is fighting for the wheel on raising the minimum wage including the President, the Governor and local elected officials.

In his State of the Union speech, President Obama urged every mayor, governor and state legislator to raise the minimum wage, explaining that they need not wait for Congress to act, since the issue enjoys widespread political support. Governor Martin O’Malley, who has volunteered Marylanders for every federal public policy experiment since 2009, already answered the President’s call and will make raising the minimum wage his top legislative priority this year.

As we have seen with other federal programs, most notably the bungled roll-out of Obamacare in Maryland, managing the political steps is far easier than managing implementation steps. Elected officials contemplating raising the minimum wage need only look to their own backyard to see why forcing employers to pay a government mandated wage will never get job seekers a job.

In the Washington suburbs of Prince George’s and Montgomery Counties the minimum wage is scheduled to rise to $11.50 per hour, as it will in the District of Columbia. The three jurisdictions will soon require wages $4.25 more than the current federal minimum wage of $7.25.

There is one problem. The central planners in Prince George’s County driving the economic bus missed the brown highway sign off the Washington Beltway in their county that says Six Flags. The theme park operator hires 2000 seasonal workers and is by far the largest youth employer in the county. Six Flags Entertainment Corporation, which recently emerged from bankruptcy, saw its stock price drop to a quarter a share in the depths of the financial crisis. One may assume they are not eager to see employment costs increase by 50% at this time.

The county council is considering a bill that exempts the employer from paying the minimum wage under certain conditions. Some activists are crying foul, while elected officials are trying to figure out their next move. Six Flags, with $1.1 billion in annual revenue, enjoys the leverage of being a major employer to seek a favorable outcome. The Washington D.C. city council, attempting to single out Wal-Mart last year for a minimum wage hike, lost political support for their original bill and had to rewrite the legislation before it passed.

While it is hard to find fault with companies fighting for their self-interest, there are many other businesses who would like similar carve-outs. On the other hand, county officials probably do not have to worry about the corner hardware store owner appearing at government meetings to voice their discontent because it is not news when a small business in our state picks up and moves to Virginia. But they are the real victims here along with those who simply want to find a job in a field of their choice.

Besides the Six Flags problem, there are many other holes in the so-called regional cooperation among the three jurisdictions dictating wages. The federal minimum wage hike has no chance of passing the U.S. House of Representatives. There are no plans to raise the minimum wage in northern Virginia. And if the Governor gets his way, there will be a patchwork of regulations and varying minimum wages within the state. This will do nothing but encourage more businesses to leave Maryland.

Nothing better illustrates the twisted logic of the minimum wage debate than comments from Prince George’s top elected official. Reacting to the carve-out controversy the official government response is, “he has always been in favor of raising the minimum wage, but he’s always expressed concern of keeping the county economically competitive.”

The “Joker’s Jinx,” a popular roller coaster at Six Flags, is described as a “diabolically convoluted ride.” That will be the result of any income inequality proposal such as the minimum wage from politicians. Legendary economist Milton Friedman raised the question about why political self-interest is somehow better than economic self-interest. As we know in Maryland, mixing the two is convoluted and leads to nowhere.