Curtis Kalin
|
Posted: Aug 15, 2018 10:22 AM
Share   Tweet
The opinions expressed by columnists are their own and do not necessarily represent the views of Townhall.com. 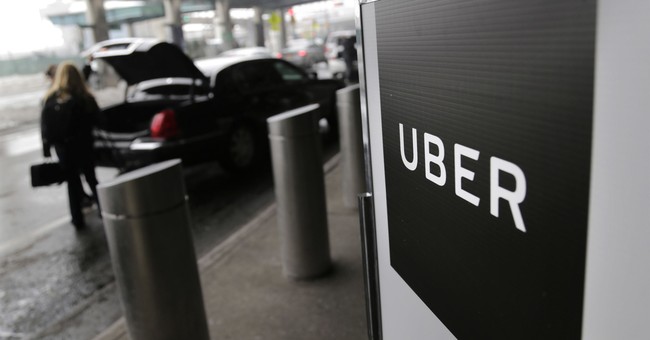 In the fight between the bygone bureaucracies of the twentieth century and the booming innovations of the twenty-first, America’s largest city has chosen the rearview mirror.

On August 8, 2018, the New York City Council voted to freeze new licenses for Uber and Lyft drivers for one year, the first city in the nation to enact such a cap.  The council also voted to regulate drivers’ pay.  The stated rationale behind the draconian measures is to study how ride-hailing apps affect traffic congestion in the city, as well as ease the financial pressure on the taxicab industry, subways and buses.  After the vote, Speaker Corey Johnson (D-Manhattan) admitted, “This is not going to solve the problem.” Councilman Eric Ulrich (R-Queens) blasted the vote, sayingit was, “like putting a cap on Netflix subscriptions because Blockbusters are closing.”

Ridesharing services provide 17 million rides every month in New York City, a large portion of which are by working class residents from the outer boroughs.  Uber says trips in the Bronx, Queens, Brooklyn, and Staten Island have more than doubled since 2017.  For example, Kimberly Lucas, a 24 year-old college student from Queens, “uses UberPool up to 10 times a week, mostly to commute across Queens between her apartment in Briarwood and a part-time job at a doctor’s office in Bayside.  With a coupon, she can ride for between $6 and $9 each way.”  The trip also cuts Ms. Lucas’s commute in half.

The benefits of ridesharing are obvious and numerous.  Ride-hailing apps have saturated cities and suburbs across the country, giving riders the option to request affordable transportation on-demand, with reliability that is often missing in bygone bureaucracies, like the New York City subway. The system is frequently plagued by delays for minor episodes, including an incident in 2015 where a dropped umbrella caused an entire line to be shut down for hours.  Worse yet, New Yorkers are on the cusp of enduring “commuter hell” when the entire L line is shut down for at least 15 months beginning in 2019.

Ride-sharing has helped millions of Americans save time and money.  Communities are even seeing a dramatic downturn in drunk driving arrests as residents naturally gravitate toward an easier and safer transportation method.

Uber and Lyft drivers see benefits as well.  They have the option of working as much or as little as they choose.  Many choose to drive as a steady side job to earn extra cash.  A July 2018 study by the New York City Taxi and Limousine Commission estimated that Uber and Lyft drivers earn a median wage of $14.25 per hour.

The unfolding regulatory battle over the sharing economy in New York City and around the nation underscores a larger issue.  In an era of sweeping technological change, policies toward innovation should facilitate and embrace the positive, albeit disruptive, effects of progress.  Unfortunately, so-called progressive lawmakers seem intent on snuffing out these new opportunities for their constituents in the name of protecting old, stale, inefficient bureaucracies.

New York City Mayor Bill de Blasio lamented, “The unchecked growth of app-based for-hire vehicle companies,” as if Uber and Lyft are toxins in need of containment.  Perhaps Mayor de Blasio would have tried desperately to impose crippling regulations on the Ford Model T to prop up the horse and buggy industry a century ago.

Defenders of the status quo do not understand that without the benevolent hand of government, Americans are willing, if not eager, to engage in the sharing of goods and services for their mutual benefit.  New innovations, particularly those that provide necessary services to others, are becoming the bedrock of twenty-first century America.  Instead of putting the brakes on ride-hailing apps, New York City lawmakers should put the pedal to the metal and allow the sharing economy to flourish.