Curtis Kalin
|
Posted: May 11, 2016 12:01 AM
Share   Tweet
The opinions expressed by columnists are their own and do not necessarily represent the views of Townhall.com. 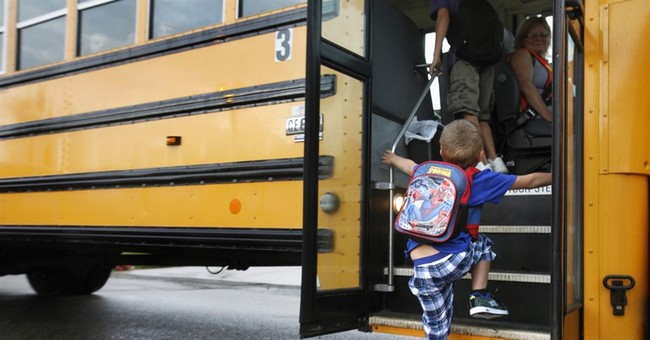 As college students across America prepare to graduate, the debate is intensifying over how both they and their predecessors can afford to pay off their loans. Unfortunately, the current occupant of the White House and the top choices to replace him fail to fully grasp the scope and cause of this looming crisis, and its implications, particularly for the millennial generation.

According to the Federal Reserve Bank of New York, student loan debt hit an all-time high of $1.16 trillion in 2014. Upon graduating with a bachelor’s degree, the average student will owe more than $35,000 in debt, more than double the amount owed in the early 1990s. Over the past decade, there has been a 69 percent increase in students borrowing from federal loan programs. The federal government now provides about 71 percent of all student aid, and more than 43 million Americans owe money on student loans.

The ease with which students can obtain a college loan mirrors the ease with which Americans were able to obtain loans to purchase homes in the early 2000s. An ironclad conviction from federal policymakers that money should be loaned to anyone regardless of his or her credit worthiness led to a dramatic lowering of underwriting standards for borrowing. The sheer magnitude of risky loans created a bubble that began to burst in 2007, pushing the economy into a recession.

A similar article of faith from Washington that every child should attend college has also allowed a bubble to grow in the higher education system. Increased student access to credit enables colleges and universities to continue to hike prices. Tuition costs have increased by 153 percent over the last three decades for private universities and 231 percent for public universities: that’s greater than the rise in prices for both food and healthcare. As federal subsidies increase, so does the artificial purchasing power of students, which allows colleges and universities to jack up tuition rates, thereby increasing the need for further subsidies. This vicious cycle now threatens to stifle the financial viability of young professionals across America, myself included.

I graduated from George Mason University in May 2013 with about $35,000 of student loan debt owed to the Department of Education. At my current rate, it will take me until I am at least 35 years old to fully satisfy this debt. Imagine the financial situation of my fellow millennials who are paying off six-figure loans.

With tens of millions of young voters saddled with debt and more than one trillion federal dollars on the line, the issue of student loan debt has garnered the attention of the White House and those vying for it in 2016. Prior to his 2015 State of the Union address, President Obama announced a plan that would make the first two years of community college “free” for students who earned better than a “C” average. Of course, someone always has to pay for “free.” Under Obama’s plan, the federal government would shoulder 75 percent of the cost and individual states would be burdened with the rest.

The 2016 presidential candidates have also jumped into the fray. On August 10, 2015, Democratic candidate Hillary Clinton announced a plan that would pump $350 billion into the already bloated federal system over the next 10 years. The Clinton plan would go a step further than Obama’s and hand out federal tax dollars to states in exchange for “no loan” tuition at four-year universities, plus make two-year community colleges free. The money would come from the same source as every one of Secretary Clinton’s new spending programs: higher taxes on the supposedly richest Americans.

The presumptive Republican nominee Donald Trump weighed in on the issue with his characteristic vagueness. During a November 19, 2015 town hall meeting in Iowa, he said, “The only way you can do it is you have to start some governmental program.” He added, “We’re going to do something very big with loans because you have to get these people going.” When pressed for specifics on January 16, 2016, Mr. Trump told a questioner in Portsmouth, New Hampshire to just trust him: “I'm going to solve the problem, okay?”

All three plans fail to address the root cause of the problem: the dramatic surge in federal funding and involvement of the Department of Education. Unless the federal government turns off the unending spigot of taxpayer subsidies, the higher education bubble will continue to grow. When it pops, the nation’s taxpayers and youngest professionals will bear the fiscal burden.