Sears shares are bouncing at nine-year lows, as bad news continues to surprise investors, driving the share price lower each time.  The company announced a large quarterly loss … again.  But the magical thinking plays on, as shareholders are apparently determined to go down with the ship.

Second quarter sales were down 6%, including appliance sales, which were strong at competitors Home Depot and Lowe’s.  Second quarter losses came in much bigger than expected, with third quarter loss projections increasing.  Credit Suisse remarked, “Sears remains on a dangerous downward spiral.”

Sears’ shares are down 21% since the last quarterly report, when we emphatically told investors to sell.  We reiterate: Shareholders who expect their Sears investments to grow are out of their minds.  Sears is not "too big to fail". 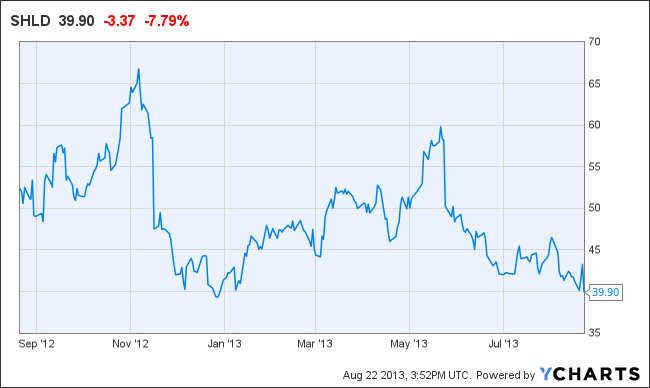 A pre-graduate student at the London branch of Bank of America Merrill Lynch has died after working exhaustive hours during his seven-week internship.  “He apparently pulled eight all-nighters in two weeks,” another intern said.  The company has expressed its condolences to the family.

BofA’s finances are finally emerging from the carnage of the 2008 Financial Meltdown.  Earnings per share are expected to grow 268% this year, with continued aggressive growth thereafter.  The PE is 16.

The share price is up 13% since we recommended it on July 3.  The stock is currently trading between $14 - $15, with a bullish chart.  Investors should expect volatility. 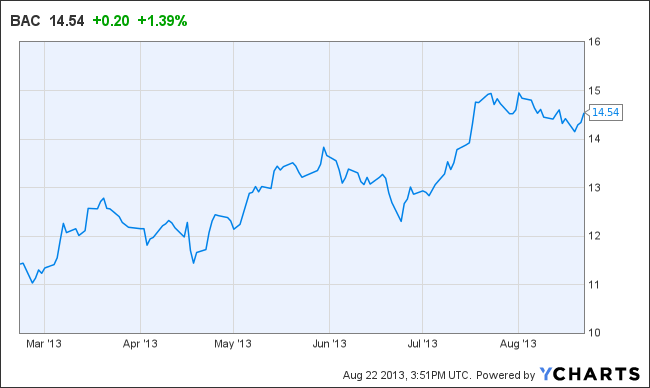 Hewlett-Packard Co., (SYMBOL:  HPQ) and the headline says: Turnaround Story Intact, But Some Bumps on the Road – Citi Research

HP’s full-year earnings guidance remains unchanged, projected to fall 12% this year, followed by two flattish years.  The PE is 6.2 and the dividend yield is 2.6%.

The stock is volatile, and likely to trade between $22 and $28 for the rest of the year.  With an extremely low valuation, a wide trading range, and the stock at support levels, traders should jump in here. 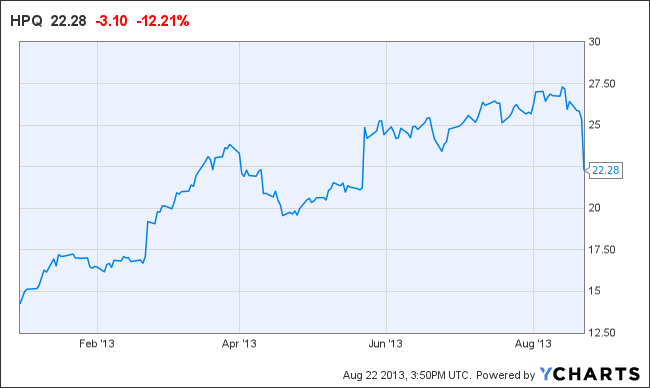