Stocks in the News: Priceline, Wow!

Crista Huff  |  Aug 10, 2013
The opinions expressed by columnists are their own and do not necessarily represent the views of Townhall.com.
Top Columns
Trending on Townhall Media

Priceline.com reported 44% international bookings growth in the second quarter and total revenues up 27%, with earnings per share coming in slightly above consensus estimates.  Morgan Stanley said, “We are impressed by Priceline’s ability to outperform amidst tempered European macro conditions,and have higher conviction in its competitive positioning.”

Earnings growth projections have increased to 25, 21, and 20 percent over the next three years.  The PE is 25.  Wall Street is raising estimates again today.

Priceline shares are up 41% since we began recommending them in February.  The stock broke out of another trading range on Monday and rose rapidly.  We would wait for a price pullback before accumulating more shares. 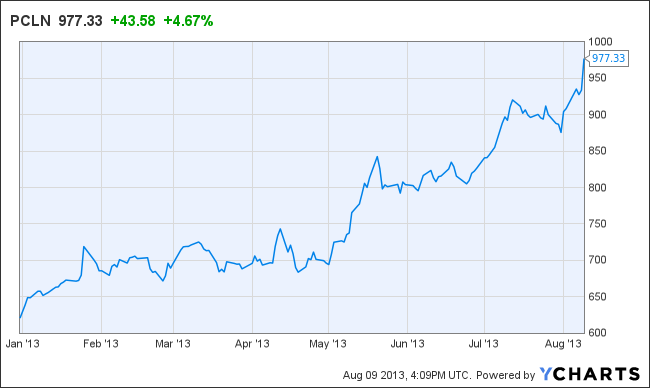 The stock of smartphone maker BlackBerry Ltd. is up today on rumors that the company is considering going private.  There are no buyers in sight as of yet, but with large annual net losses inevitable in the foreseeable future, the company is contemplating financial strategies which they were formerly unwilling to consider.

We told investors to sell BlackBerry stock, formerly called Research in Motion, three times this year through late June, at which time the price plummeted again.  There is no fundamental reason to buy shares in a company that’s consistently losing money. 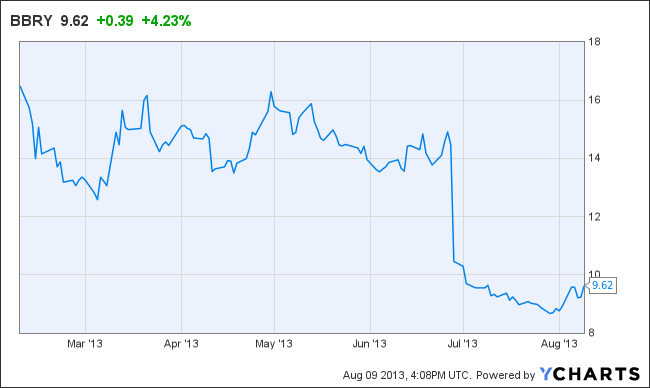 Earnings per share growth estimates have increased repeatedly this year, now at 31, 28, and 19 percent over the next three years.  The PE is 25.”

The stock rose $50 per share after we recommended it in March, at which point we said “hold” while it consolidated.  It’s time to buy Biogen again for immediate upside.  Expect it to trade between $213 and $235 in the short-term. 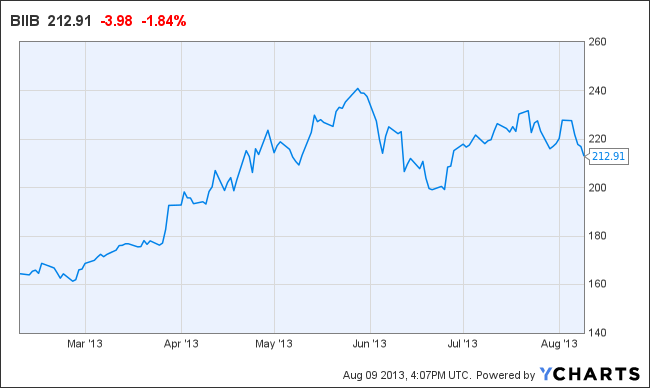