Facebook shares surpassed their 2012 IPO price of $38 per share on Friday, reaching higher again today.  The social network icon surprised investors in late July when reporting a rapid and successful transition from desktop to mobile advertising.  Earnings projections for the year have increased dramatically in recent weeks.  Wall Street now expects earnings to grow 31 – 34% per year over the next three years.

The share price is up 36% since we told investors to buy Facebook on May 2, and it’s up 14% since we reiterated the buy recommendation on July 25.  The stock could easily rise significantly from here, based on irrational exuberance, but shareholders should use stop-loss orders in preparation for eventual price volatility. 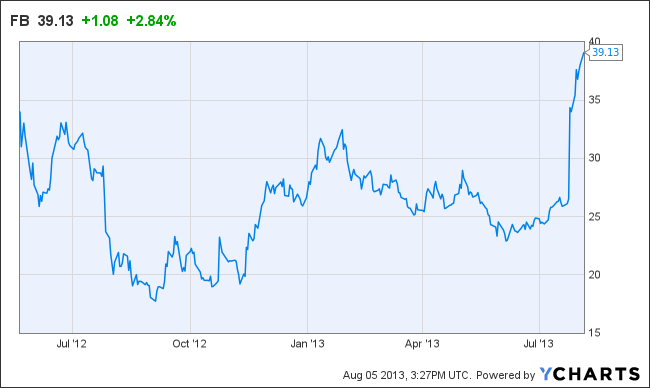 We urged Ransom Notes listeners to buy News Corp. shares repeatedly this year, in anticipation of the late June separation of 21st Century Fox and News Corp.  The stocks have been trading separately for five weeks now, and investors have made 27% profit since our first recommendation in February.

The stock price broke out of a trading range on August 1.  Shareholders should keep News Corp. shares for addition price appreciation, and await the announcement of the first dividend. 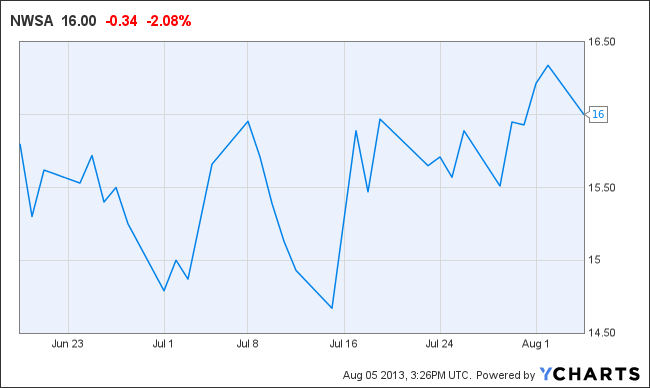 The company will report fourth quarter results tomorrow after the market closes.  Earnings are projected to grow 14 and 24% in the years 2014 and ‘15.  The PE is 23.

Fox shares broke out of a trading range on Friday and are reaching new highs again.  Growth stock investors should jump in now. 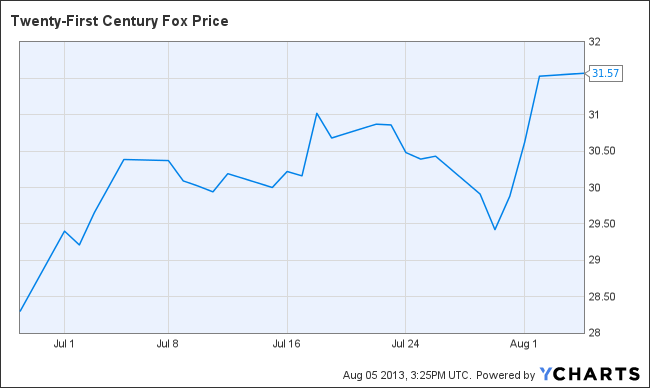