Stocks in the News: Novartis Due for "Bear Hug"

The stock fell to support around $68 and will likely be stuck in this two-year trading range for quite a while longer. 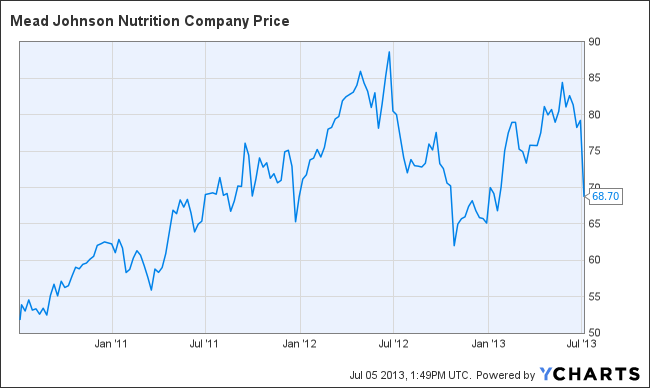 Hewlett-Packard Co. won a $3.5 billion contract to continue running the U.S. Navy’s communications network for the next five years.  Revenue from the project will fall 37% from the previous contract due to competition, smaller project size, and federal budget cuts.

Earnings are projected to fall 12% this year, followed by two no-growth years.  The PE is 7.1 and the dividend yield is 2.3%.

We think the worst is over for HP stock, and we’re changing our recommendation from sell to hold.  Expect the stock to trade between $23 and $30 for a while. 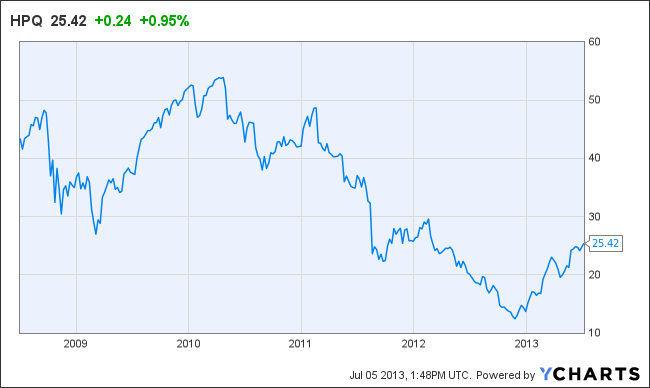 An Opportune Time for An Investor Bear Hug – Citi Research

After recent management changes at multinational healthcare company Novartis, Citi Research expects the company to shore up investor confidence by resuming a $10 billion buyback plan and/or announcing a strategic review to maximize value in its Consumer division.  The stock price also suffers from a heavily undervalued late-stage pharmaceutical pipeline.

Earnings are projected to fall 3% this year, then rise 6 and 10 percent the next two years.  The dividend yield is 2.23%.

The stock broke out of a long-term trading range in January, rose 20%, then had a big pullback.  Expect Novartis to trade between $70 and $75 for a while now. 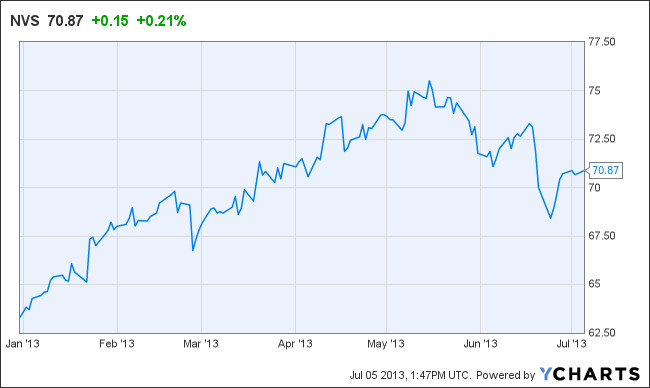