Stocks in the News: Priceline Rises as Short Positions Grow

Watch for DaVita's earnings estimates to fall towards a no-growth scenario in 2014.

Berkshire Hathaway owns 14% of DaVita stock, causing recent speculation of a buyout offer, which may provide some ongoing support for the stock price.  The chart is bearish, with support at $115. 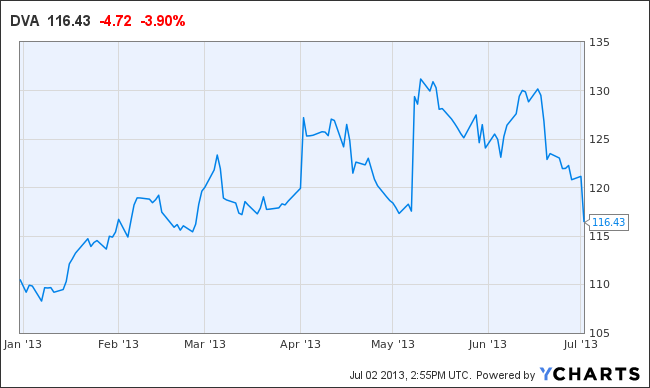 “Shares of technology companies are rallying as investors see capital spending for their products strengthening along with the economy,” reports Bloomberg.

Apple shares are rallying with news that the company filed with the Japan Patent Office in June to trademark the term "iWatch". The company is believed to be developing a digital wristwatch, which could provide new growth opportunities.

Apple’s earnings estimates are holding steady; projected to fall 10% this year.  With a PE of 10.3 and a dividend yield of 2.98%, there’s limited downside at this point.  The trading range is firming up between $385 and $465.

Our Ransom Note trendline says: APPLE IS A TRADING BUY UNDER $420. 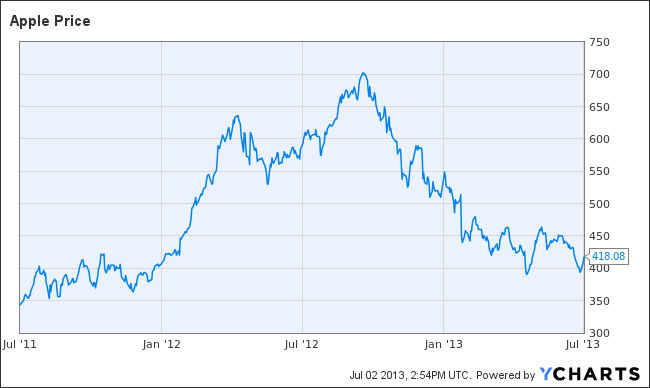 Online travel company Priceline.com has been seeing increased recent short action.  Given its bullish chart, investors should expect any near-term breakout to be enhanced by short-covering.

Priceline recently issued $1 billion in senior notes at low interest rates, and intends to repurchase $1 billion in stock.  Earnings are projected to grow 21-23 percent per year over the next three years.

In February and May, we told investors to buy shares in Priceline.  The stock is up 21% since our first recommendation, and appears immediately ready to break past upside resistance at $845. 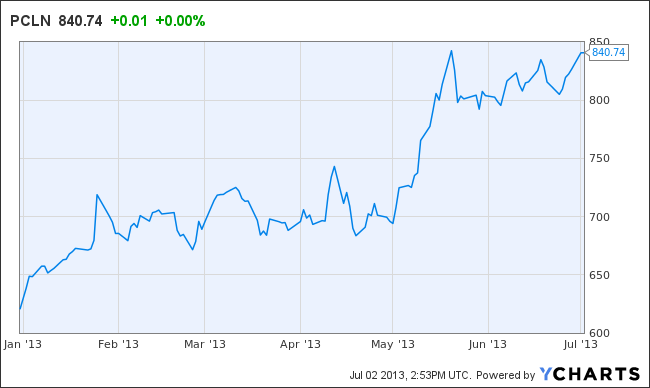